DIARY REMINDER: 'Live Kisses' To Be Aired On PBS this Friday 7th September 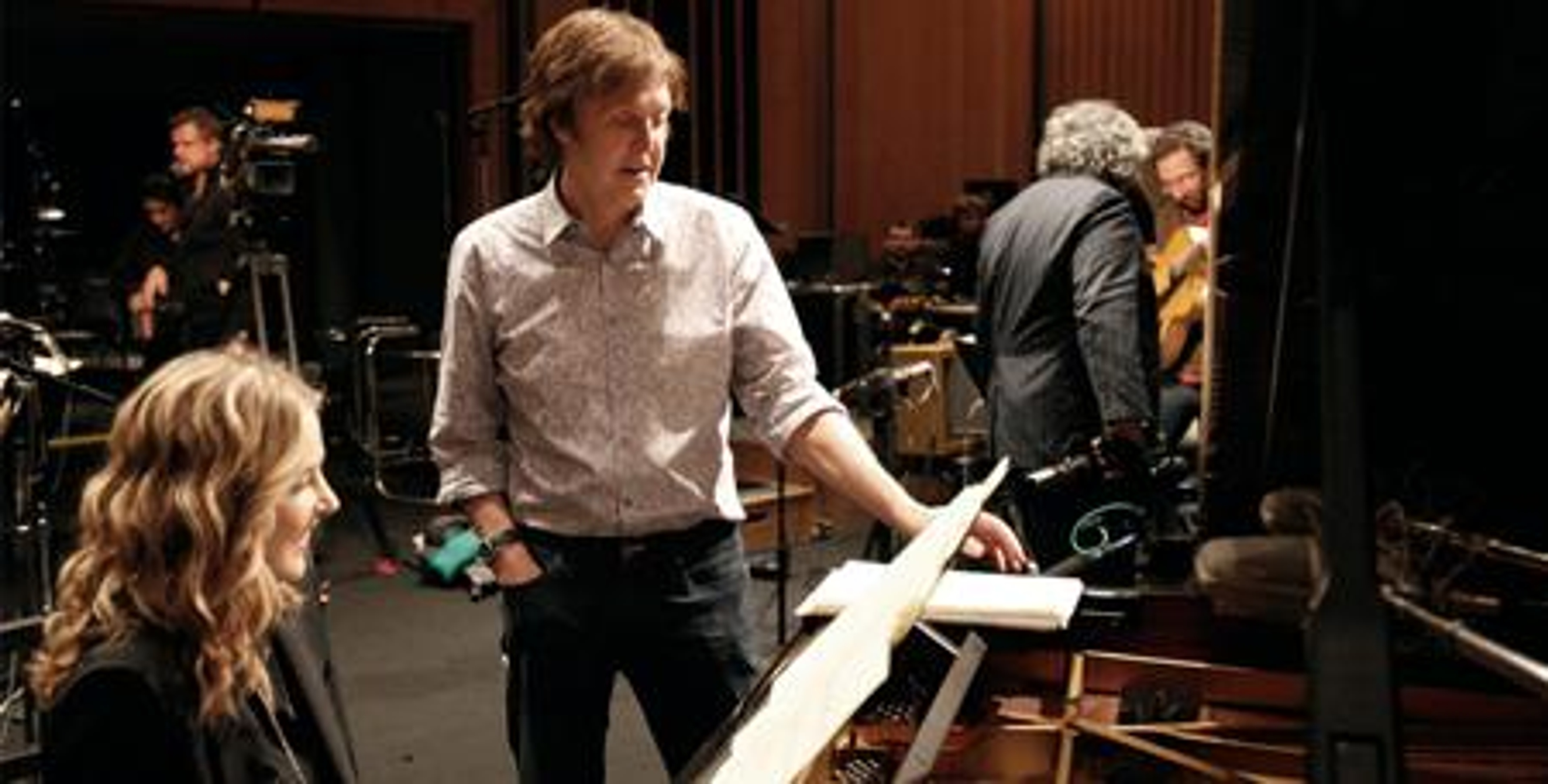 As detailed below Paul's 'Live Kisses' will be broadcast on PBS this Friday in the US.

US fans can check the times of their local broadcast by clicking HERE!

Fans outside of the US should keep checking back to PaulMcCartney.com for details of future broadcasts.

'Live Kisses' captures the magical night of February 9 in the City of Angels when Paul decided to bring 'Kisses On The Bottom', his newly released collection of pop standards and two originals, to life at the very same Capitol Studios where much of the album was created.

The very special event will air on 'Great Performances', Friday, September 7 at 9 p.m. on PBS in the US. (Please check local listings.)

A few hours after the long-awaited addition of Paul's star to the Hollywood 'Walk of Fame' drew a traffic-stopping throng to pack the stretch of Vine Street in front of the famed Capitol Records building, he took his place behind the same microphone that had captured so many of the most magical voices of the past several decades. The core team that backed Paul on 'Kisses…' reprised their roles in this one-time-only concert event. Having never performed the material live before added to the evening's electricity.

In exclusive interview segments with Paul and 'Kisses On The Bottom' collaborators Eric Clapton, Stevie Wonder, Diana Krall and Tommy LiPuma, among others offer new insight into the conception and creation of the 'Kisses…' album, the McCartney family gatherings that introduced a young Paul to much of the material, the Fats Waller line from 'Live Kisses' opener 'I'm Gonna Sit Right Down And Write Myself A Letter' that gave 'Kisses On The Bottom' its title, and more.

'Live Kisses' highlights include 'Home', 'More I Cannot Wish You', 'Always', 'Bye Bye Blackbird' and Paul harmonising with his longtime live drummer Abe Laboriel Jr. on 'I'm Gonna Sit Right Down and Write Myself a Letter', 'The Glory of Love' and 'Ac-Cent-Tchu-Ate The Positive'. There are spontaneous moments such as a flubbed first take on 'My Very Good Friend the Milkman'. Paul's rendition of his new composition 'My Valentine' receives acoustic guitar punctuation courtesy of Joe Walsh (who contributes another outstanding turn in a completely different mood on 'Get Yourself Another Fool').

Visit Great Performances Online at www.pbs.org/gperf for additional information about the broadcast.