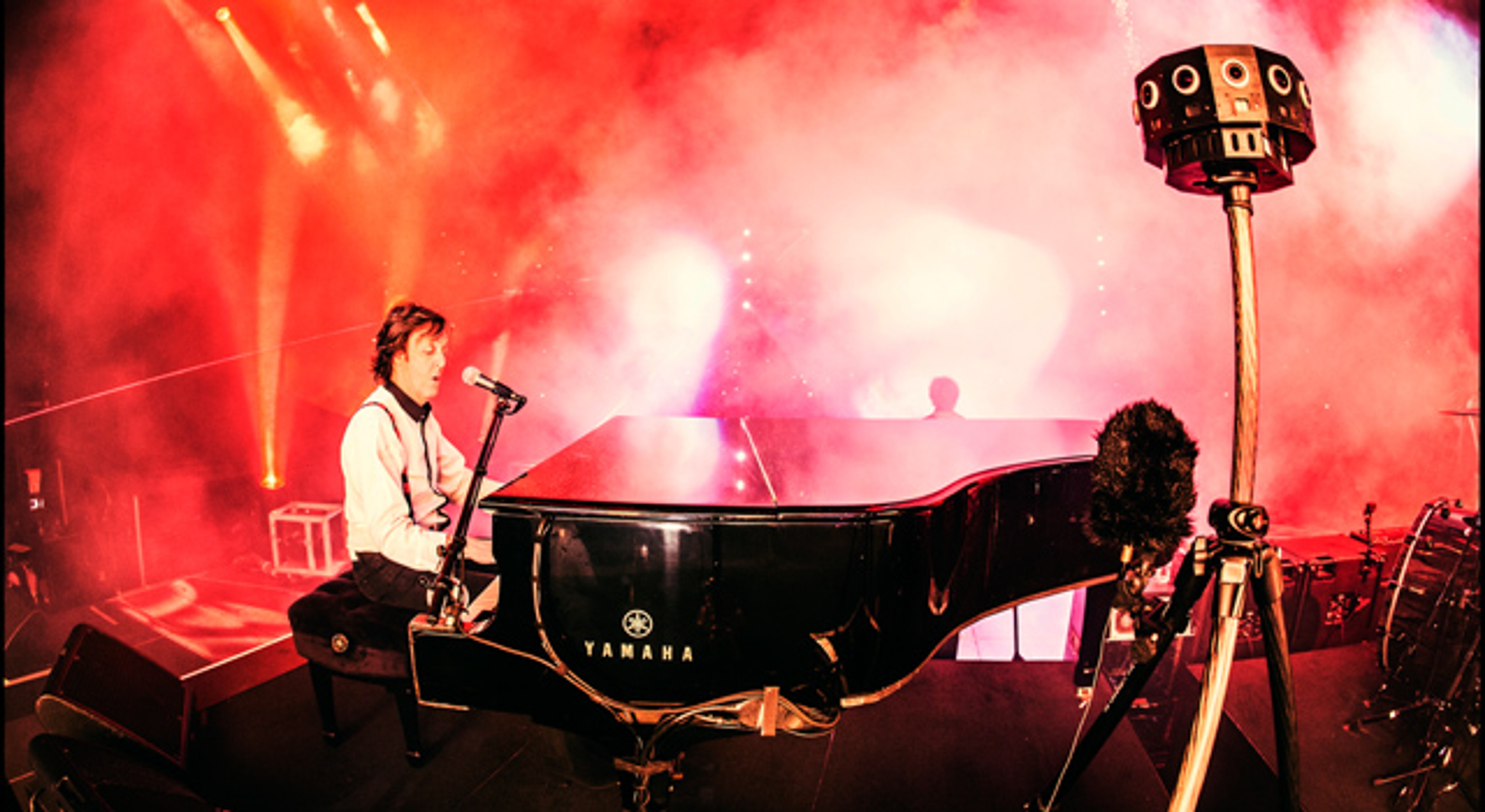 Earlier this year Paul made history when he performed the last concert at San Francisco’s Candlestick Park, the very same stadium that saw The Beatles last public concert 48 years ago, almost to the day.

A new app launched today by Jaunt allows fans to relive the magic of that night—more accurately experience it for the first time in a completely immersive 360-degree virtual environment offering access to Paul like never before: the Jaunt VR app puts you right there in the crowd, onstage, backstage, or even right by Paul’s side in the midst of the climactic pyro, as he performs 'Live and Let Die' live at Candlestick.

In addition to his obviously peerless status as a musical legend and fearless innovator, Paul has never stopped looking for new and interesting ways to reach audiences, from his work on this year’s single biggest entertainment release, the video game 'Destiny,' to this collaboration with Jaunt enabling fans to experience his music and live performance in a previously unimaginable new way.

Jaunt, the technology company behind the app, is building the hardware and software to make truly immersive cinematic VR possible. This special footage of the world’s revered musician marks the launch of their first publicly available content. Jaunt is making this revolutionary experience freely available for consumers to download and view for the first time. The content is available now through Jaunt’s app on Google Play for Google Cardboard and Android phones and will be coming soon to Samsung’s Gear VR and the Oculus Rift.

Paul's performance of 'Live and Let Die' was filmed using state of the art technology, Jaunt’s proprietary 360 degree, stereoscopic 3D cameras and 3D sound-field microphones. Viewers will experience a completely new level of immersion: complete freedom to look in any direction and experience every moment of the performance in true stereoscopic 3D with reactive, omnidirectional audio.

_“The concert at Candlestick put Sir Paul McCartney in front of 70,000 live fans, and with our technology and the launch of our app, we’re opening up this access to many more,_” said Jens Christensen, CEO of Jaunt. “We’re creating a completely new medium for entertainment. This is just the first step of our broader mission to bring viewers immersive access to the latest concerts, movies, sporting events and more through virtual reality.”

'Live and Let Die' is the first of these recordings to be released by Jaunt, and it also marks the very first public release of content in Jaunt’s cinematic VR library.

Jaunt, which emerged from stealth in early 2014, delivers a completely new way to present and experience media. The Jaunt platform makes use of advanced algorithms and computational photography software to enable the creation of seamless, omnidirectional 3D experiences. The company will continue to focus its efforts on enabling top content producers to create a diverse array of cinematic VR experiences that will be available for consumers to view and download across many platforms.

In another upcoming McCartney-first is the aforementioned release of 'Hope For The Future' a track Paul wrote and recorded exclusively for the end credits of video game 'Destiny,' the first time Paul has ever composed for a video game.