'Flowers In The Dirt' - In The Studio Story 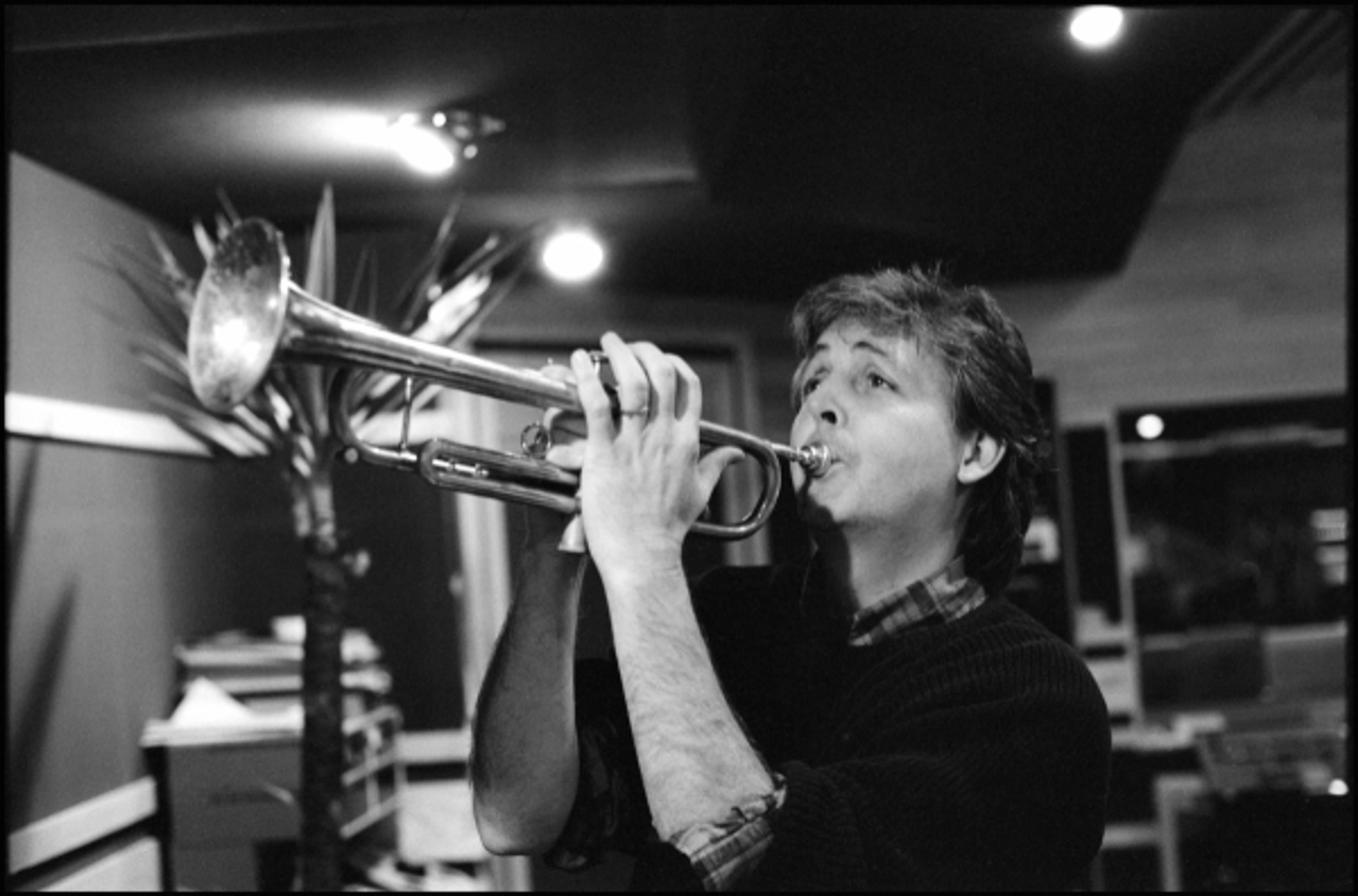 Check out the teaser below...

With a month to go until the release of the reissue of Paul McCartney’s classic album Flowers In The Dirt  (the 10th installment of the GRAMMY-winning Paul McCartney Archive Collection) – Paul has released some photographs taken by Linda McCartney during the recording of the album.

The photographs show Paul working with Elvis Costello, who he collaborated with on four of the tracks featured on the album ('My Brave Face', 'You Want Her Too', 'Don’t Be Careless Love' and 'That Day Is Done') as well as a shared moment with George Martin, who did the string arrangement for 'Put It There'.

The majority of the album was recorded at Paul’s Hog Hill Mill studio in East Sussex.  This is also where some of the tracks were written with Elvis Costello.

Recalling working with Elvis, Paul said: “I was looking for someone to work with, trying to think of something imaginative to do and one day my manager said ‘__do you fancy writing with Elvis Costello? It might be a great thing__’. I said ‘__yeah__’_. He (Elvis) came down to my studio and we sat opposite each other with our guitars because I had said to him early on that this is how I__’__d written with John, with me being left handed and him being right handed, it was almost like looking in a mirror. We did virtually what John and I did which was just make up a song a day._”

Those who pre-order the album digitally from today will get _"_Instant Grat" tracks – previously unreleased original demo versions of 'My Brave Face' and 'That Day Is Done' – both recorded at one of the early writing sessions.

“Because we were working above the studio, we__’__d just go downstairs and make the record, just the two of us singing exactly what we had made up. So there were a few recordings that haven__’__t been released. We keep saying to each other that they__’__re good because they are raw, it__’__s hot off the skillet__’.

Listen to 'My Brave Face [Original Demo]' below...

Listen To 'Twenty Fine Fingers' Demo From 'Flowers In The Dirt'

Paul Announces Reissue of 'Flowers In The Dirt'