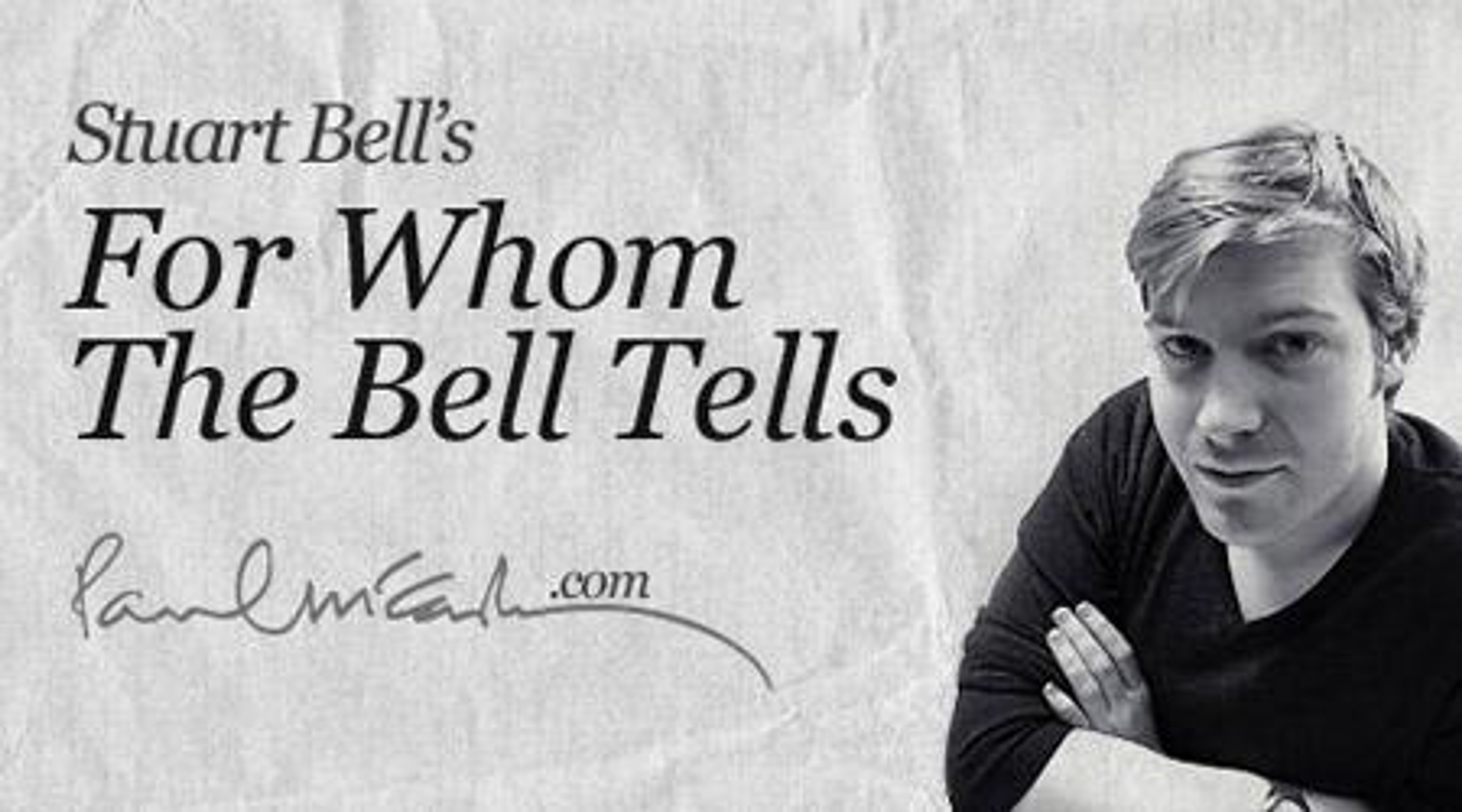 It's now hours until the new tour gets up and running. The press office has relocated to Germany and we are all set for the tour. We have been running around madly, ironing out last minute issues with local media and ensuring that everything is set for opening night. For the last week we have been knee deep in logistical work; sorting out reviewers, photographers, TV crews, last minute requests and so on. The fun part is just about to start - getting out on the road with Paul, the band, the touring team (a second family to us all) and seeing the shows, but for now we are concentrating on the other side of things, which is the paperwork. So it was a welcome diversion last week to be able to get out of the office as Paul was on the promotional trail for 'Good Evening New York City', which is already out in the US, and gets a UK release on the 14th December.

And it's all off to a great start too. BBC Online reported; In July 2009, Britain's greatest living musician (heck, person) entertained 120,000 New Yorkers with a career-straddling set of Beatles classics, Wings favourites and solo tracks. It's always a joy to hear a real Beatle singing real Beatles songs, and during I'm Down some video trickery even allows Macca to duet with John and George, as they play the same song at the 1965 Shea show. These songs are both for everyone and timeless just look at the diversity of attendees captured enthralled on the DVD. Good Evening is a wonderful souvenir for those who were there or who've seen his tour over the last few months, and a perfectly pleasant second-hand experience for those who weren't."

On Wednesday (25th November) Paul recorded an MTV Zane Lowe Meets TV special, which is due to air on MTV1, MTV2 and VH1 throughout December (check website for exact dates coming soon). As usual, Zane gave a great interview and he and Paul discussed Pauls hectic year and talked about his Citi Field show in July and the imminent tour. After finishing at MTV Paul was off to attend a screening event for the launch of the DVD, which was being held for international media (you will have read about this in the news section). The screening event was right across the other side of town and as we drove across to the event Paul was playing some new tunes in his car. For several tracks I ashamedly had to use Shazam to work out what we were listening to! The tunes included recent tracks by Empire Of The Sun and Metronomy, amongst others.

The screening event was hosted by Dermot OLeary (who had interviewed Paul for Radio 2 a few weeks back) and was held in a cool screening bar in Borough. The audience was treated to a specially created edit of Good Evening New York City and then a surprise audience with Paul. After the event Paul was mobbed by members of her majestys press and happily posed for pictures. Special mention must go to the girls from The Mirror; last year when Paul was promoting The Fireman album the Mirror girls came to the launch event appropriately dressed with yellow hats. This time round the girls switched emergency service departments to the NYPD, in honour of the fact that Paul is actually an honourary member of the NYPD (true fact!) and as he correctly pointed out to the girls, he could have had them arrested for impersonating officers of the law! It leaves the press office thinking about what other themes they might come up with next year!

The following day (Thursday 26th) Paul did interviews for Lauren Lavernes new BBC 6 Music Show, Absolute Radios breakfast show and for Capital Radio (check website for details). Much to the interviewees delight these interviews took place in Pauls office, which Lauren aptly named the Bat Cave, which the office shall now always be called internally!

Returning to the press office after a hard days work at the Bat Cave I was delighted to receive the new issue of Q Magazine. The issue is called ‚ÄòThe Artists Of The Century and features a Vanity Fair-style multi-artist lineup cover (including our very own Batman). If you havent seen it, you must check it out. The press team has recently relocated to a new office and this is one we will be hanging on the wall, for sure! When Paul did the photo shoot for the magazine a month or so go he was fooling around on the Hofner. The photographer asked if it was heavy and, without hesitation, Paul removed the iconic bass and passed it to the photographer. He said, Here you go, have a try. The photographer later told us just how nervous he felt at that point as it must be impossible to put a price on that guitar, but that hed dine out on that one! Pauls assistant, John, told us how Paul used to actually throw him the guitar during live shows and it would nearly give him a heart attack each time!

So back to the present, Hamburg is buzzing. Leaving the hotel this morning I noticed a small group of paps congregating nearby. Word is spreading fast. As I walked out to the local coffee shop the streets were awash with McCartney posters and the radio stations playing in the shops were playing back-to-back McCartney related songs. Its amazing to think it was 49 years ago that Paul first came here with The Beatles, but its a fact that the city are clearly, to this day, very proud of.

Down at the venue and the mood backstage is high. Members of the crew greet each other in the way that family and friends do. There is such a strong bond between everyone who works behind the scenes on Pauls tours. These guys have been working with Paul for years now and the friendship and bond between Paul and the team is mutual. There is lots of chat about whats going to be on the set-list tonight? What can people expect from this show? Well, all these questions will be answered in a matter of hours. Standby Hamburg, prepare to be rocked!

Well be bringing you all the backstage news and gossip from the opening shows in the next installment.