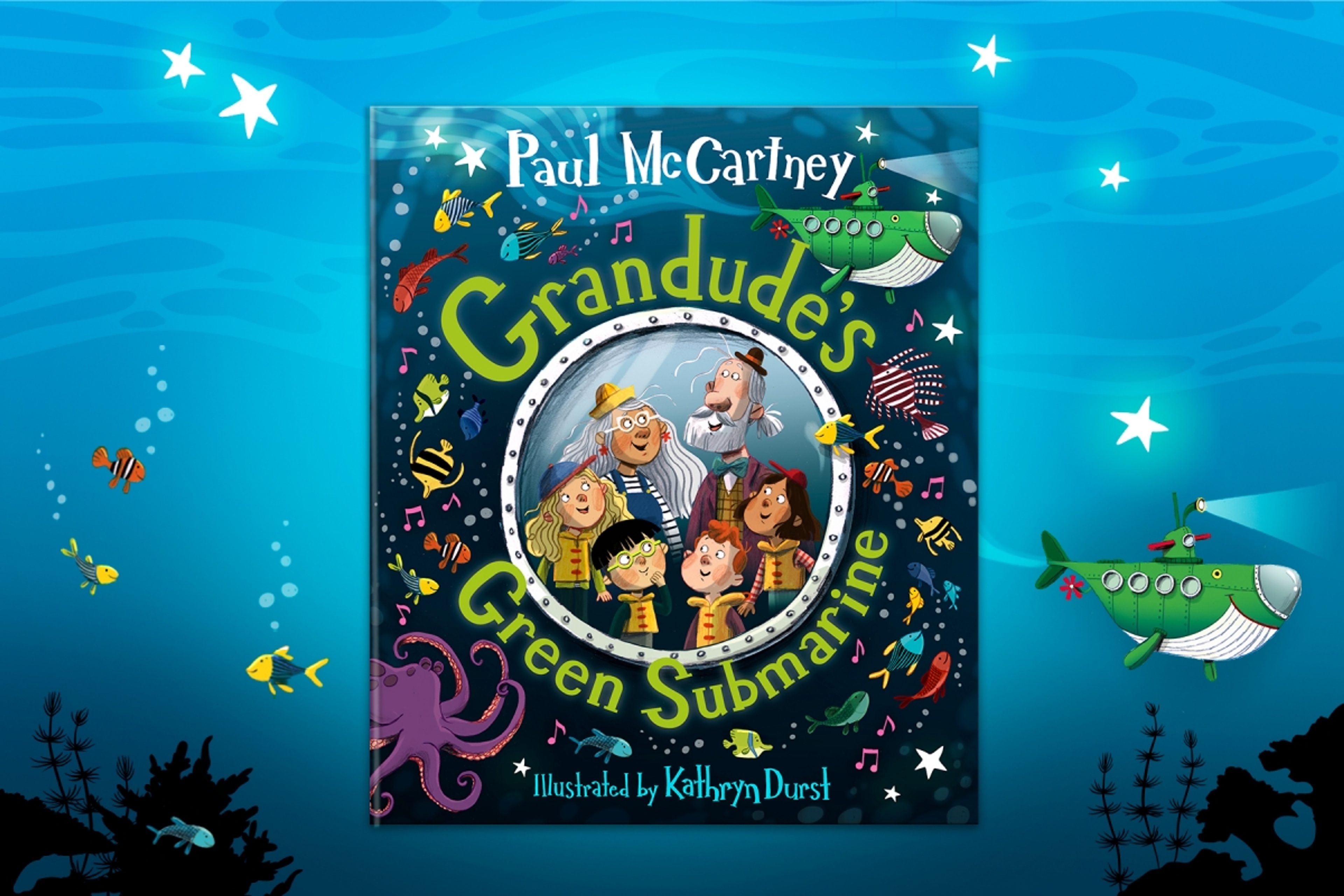 Hey Grandude!, Paul McCartney’s first picture book was published to global success in September 2019. The book was a New York Times Number 1 bestseller, selling 300,000 copies around the world with translations in 32 languages and counting. It introduced a magical grandpa – the eponymous Grandude - who was inspired by a nickname Paul’s own eight grandchildren had given him.

Grandude’s Green Submarine continues the adventures of Grandude and his grandchildren as they set off on a quest to find their music-loving grandmother, Nandude! It’s an action-packed extravaganza of wild imagination and fun for all the family, a read-aloud that’s perfect for sharing, destined to become a timeless classic.

Paul said: "I’m really happy with how 'Hey Grandude!' was received as this was a very personal story for me, celebrating Grandudes everywhere and their relationships and adventures with their grandchildren. I love that it has become a book read to grandkids at bedtime all around the world. I always said if people liked the first book and there was an appetite for more I would write some further adventures for Grandude – so he’s back and this time with his special invention, Grandude’s green submarine!"

Hey Grandude! is an action-packed rollercoaster ride of a picture book that introduces a magical grandpa—the eponymous Grandude—and his four grandchildren. It’s a heartwarming family story; a wild and wonderful adventure with a twist of magic—inspired by Paul’s own experience of being a grandfather. The book is illustrated by rising star Kathryn Durst, who is represented by Arabella Stein at The Bright Agency.

Grandude’s Green Submarine is Available Now in Hardback and Audiobook!