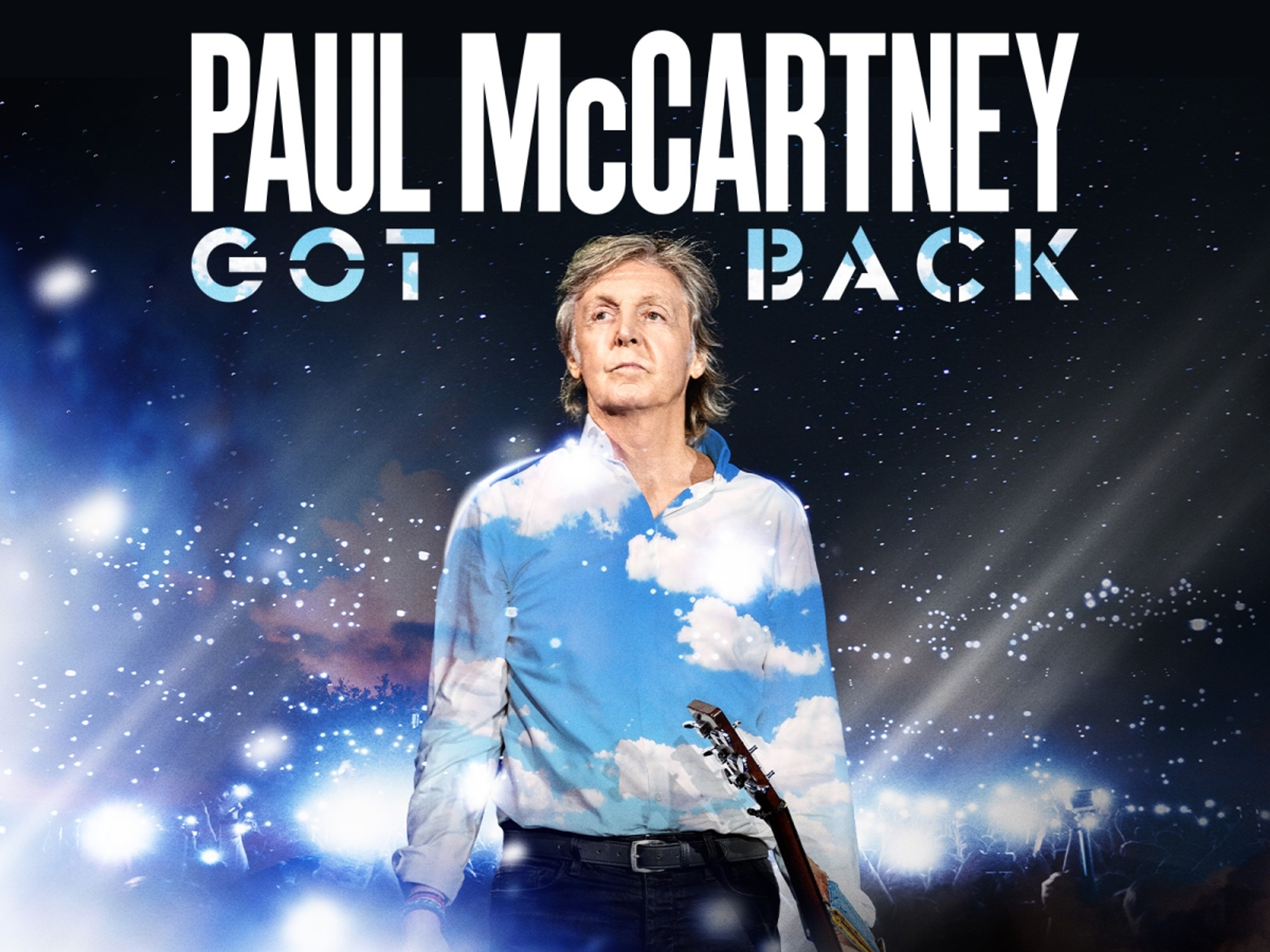 Tickets for all GOT BACK tour dates will be on sale to the public beginning Friday, February 25 at 10am local time.

“I said at the end of the last tour that I’d see you next time. I said I was going to get back to you. Well, I got back!”—Paul McCartney

Following more than a year of speculation, Paul McCartney today announces the GOT BACK Tour,  a 13-city return to U.S. stages, kicking off April 28 with Paul’s first ever show in Spokane WA and running through to June 16 in East Rutherford NJ, where Paul will play MetLife Stadium for the first time since 2016.

GOT BACK will see Paul’s live debuts in Hollywood FL, Knoxville TN and Winston-Salem NC, his first Fort Worth TX and Baltimore MD shows since 1976 with Wings and 1964 with The Beatles, respectively, and his first Oakland CA date in 20 years. The tour will also include stops in cities where Paul has put in more recent yet no less unforgettable performances, including Boston MA, Los Angeles CA, Orlando FL, Seattle WA, and Syracuse NY.

GOT BACK marks Paul’s first series of live shows since his FRESHEN UP  Tour wrapped in July 2019–its 39-date 12-country odyssey concluding with a triumphant sold-out show at Dodger Stadium in Los Angeles—a performance that instantly attained legendary status, generating rave reviews and Best of 2019 notices including:

“… Wow. After several decades now of writing about music and facing the perpetual challenge of translating what is beyond words into understandable language, that’s the best I can muster. Here in the heady aftermath of Paul McCartney’s final show of his Freshen Up tour at Dodger Stadium along with 50,000 of my fellow Angelenos on July 13, 2019 — Wow.”—AMERICAN SONGWRITER

“The perfect display of the philosophy McCartney has embodied over his 60-year career in music… the perfect bow to tie up the perfect show, with the final lyric of the night an ever-appropriate one: ‘And in the end, the love you take is equal to the love you make.’”—BILLBOARD

“The best thing about a McCartney show is how many generations of people leave with the broadest smile upon their face. Whether it's the first time they've seen him or the tenth, he never, ever, disappoints.”—FLAUNT

"McCartney was in top form, his voice effortlessly climbing to the heights it always hit so easily back in the day…" —THE LOS ANGELES TIMES

“The total and complete immersion into MaccaLand was colorful and loud, rocking and rolling, nostalgic and present, and, above all, in the truest sense, marvelous… And, in the end, the love McCartney has taken for 60 years was equal to the love he’s made for generations.”—RELIX

With songs like ‘Hey Jude’, ‘Live and Let Die’, ‘Band on the Run’,  ‘Let It Be’ and so many more, the Paul McCartney live experience is everything any music lover could ever want from a rock show: Hours of the greatest moments from the last 60 years of music — dozens of songs from Paul’s solo, Wings and of course Beatles catalogues that have formed the soundtracks of our lives.  Paul and his band have performed in an unparalleled range of venues and locations throughout the Americas, the UK, Europe, Japan, Australia, New Zealand and all points between: outside the Coliseum in Rome, Moscow’s Red Square, Buckingham Palace, The White House, a free show in Mexico for over 400,000 people, the last ever show at San Francisco’s Candlestick Park where The Beatles played their final concert in 1966, a 2016 week in the California desert that included two headline sets at the historic Desert Trip festival and a jam-packed club gig  for a few hundred lucky fans at Pappy & Harriet’s Pioneertown Palace, and even one performance broadcast live into Space! Featuring Paul’s longtime band - Paul “Wix” Wickens (keyboards), Brian Ray (bass/guitar), Rusty Anderson (guitar) and Abe Laboriel Jr (drums) - and constantly upgraded state of the art audio and video technology that ensures an unforgettable experience from every seat in the house, a Paul McCartney concert is never anything short of life-changing.