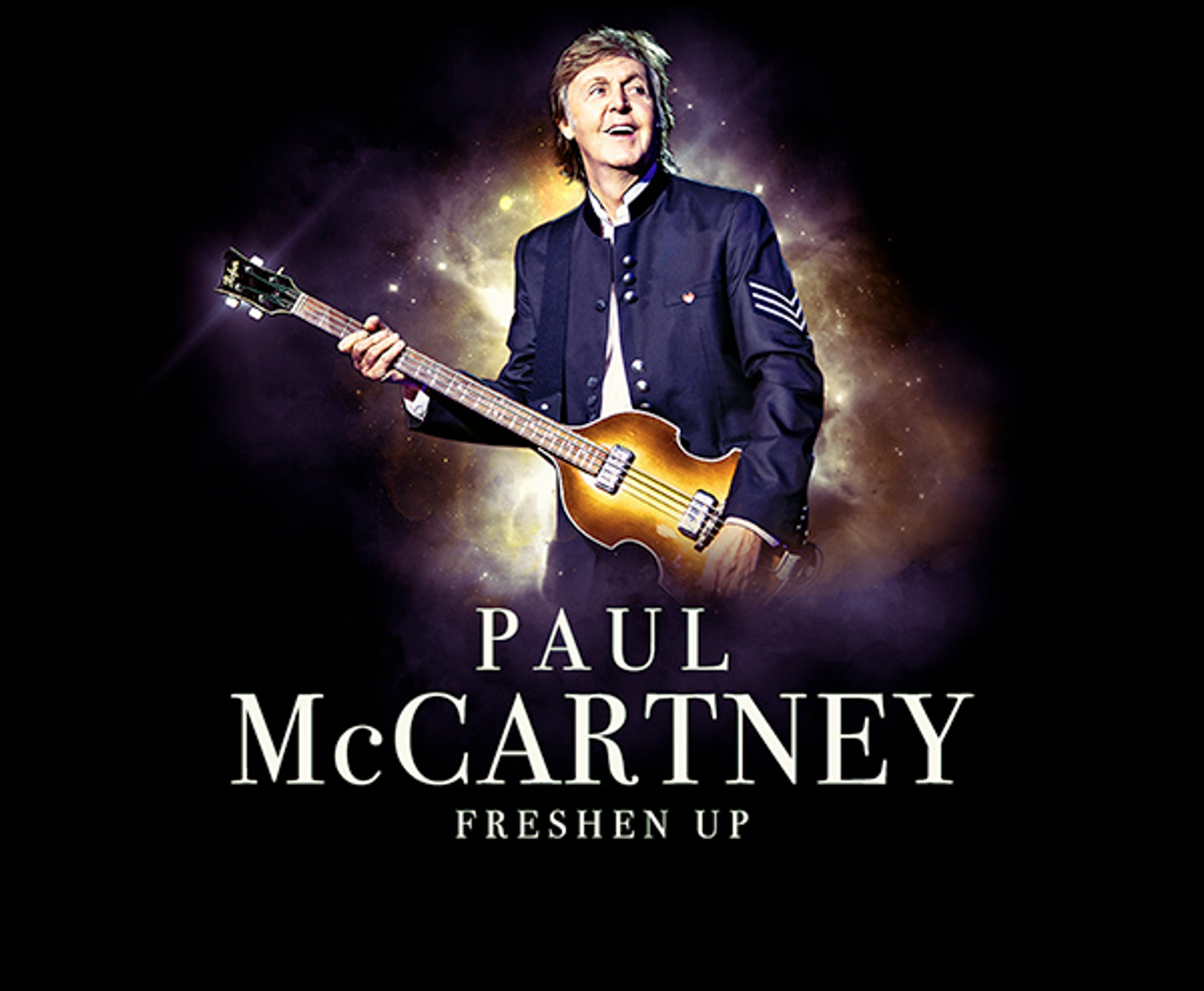 Pre-sale tickets will be available for the Green Bay show from 10am local time on Wednesday 5th December. To purchase pre-sale tickets on WEDNESDAY, click the link below and enter the password: PaulFreshenUpGreenBay

Registration for the Arlington Paul McCartney Presale powered by Ticketmaster Verified Fan will close Thursday 6th December @ 10 PM local time. If verified and selected, you will receive your code via text message, two (2) to four (4) hours before your Verified Fan presale begins. Presale tickets will begin to be available on Monday 10th December at 10 AM local. Due to the limited quantity of tickets, they will be available on a first-come, first-served basis.

In the wake of the triumphant headline stand at the Austin City Limits festival that the Austin American Statesman called "A Marathon to Remember Forever,"  Paul McCartney has added two new stadium plays to the upcoming U.S. leg of his new Freshen Up tour. The newly confirmed dates make for a total of 10 confirmed shows on Paul’s first extended Stateside run since the One On One Tour that played to some two million fans around the world during 2016 and 2017.

The newest additions to the U.S. leg of Freshen Up include Paul’s first ever appearances at Lambeau Field in Green Bay WI on June 8th, and Globe Life Park in Arlington TX on June 14th.

The Paul McCartney live experience is everything any music lover could ever want from a show: Nearly three hours nightly of the greatest moments from the last 50 years of music, dozens of songs from Paul’s solo, Wings and of course Beatles catalogues that have formed the soundtracks of our lives. Paul and his band have played an unparalleled range of venues and locations throughout the Americas, the UK, Europe, Japan, Australia, New Zealand and all points between: outside the Coliseum in Rome, Moscow’s Red Square, Buckingham Palace, The White House, a free show in Mexico for over 400,000 people, the last ever show at San Francisco’s Candlestick Park where The Beatles played their final concert  in 1966, a 2016 week in the California desert that included two headline sets at the historic 'Desert Trip' festival and a jam-packed club gig for a few hundred lucky fans at Pappy & Harriet’s Pioneertown Palace, and even one performance broadcast live into Space! Featuring Paul’s band of the last 15+ years – Paul “Wix” Wickens (keyboards), Brian Ray (bass/guitar), Rusty Anderson (guitar) and Abe Laboriel Jr (drums) –and constantly upgraded state of the art audio and video technology that ensures an unforgettable experience from every seat in the house, a Paul McCartney concert is never anything short of life-changing.
American Express® Card Members in Green Bay can purchase tickets before the general public beginning Wednesday, December 5 at 10am through Sunday, December 9 at 10pm local time and in Arlington, beginning Monday, December 10 at 10AM through Wednesday, December 12 at 10PM local time.