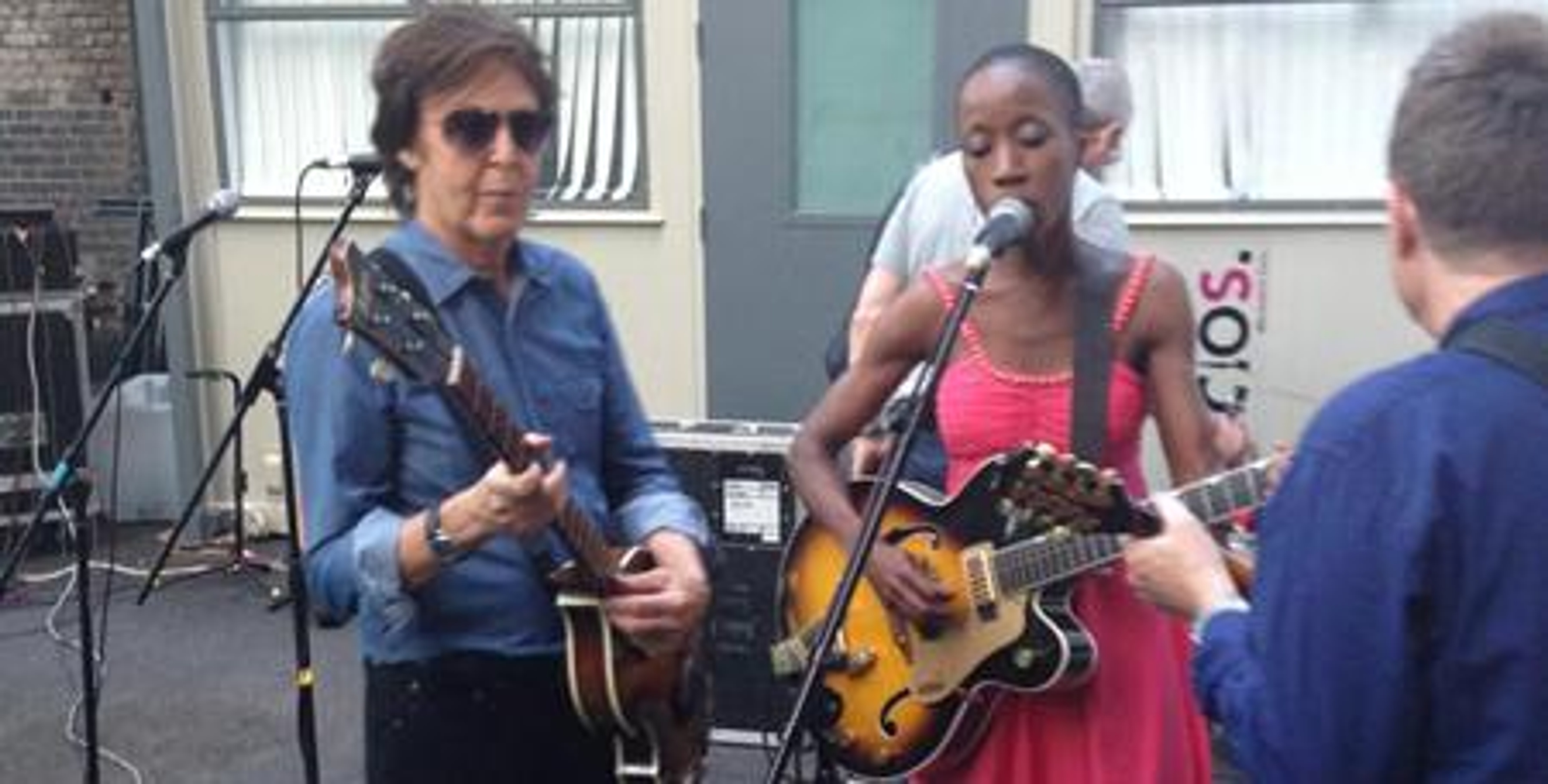 After a morning in Paris where he was awarded with the French Legion of Honour, Paul rushed back to King's Cross to perform with the Africa Express collective.

After the show Diawara told The Guardian, "It was like a dream come true."

Before the show Paul said, "I've loved African music for years.  I went to Lagos in the 70s and came back friends with with Fela Kuti. I've always wanted to do an Africa Express show."

The Africa Express train left London last week and over the past seven days a collective of over 80 musicians have been touring the country playing concerts, visiting schools and performing pop-up shows wherever they go.