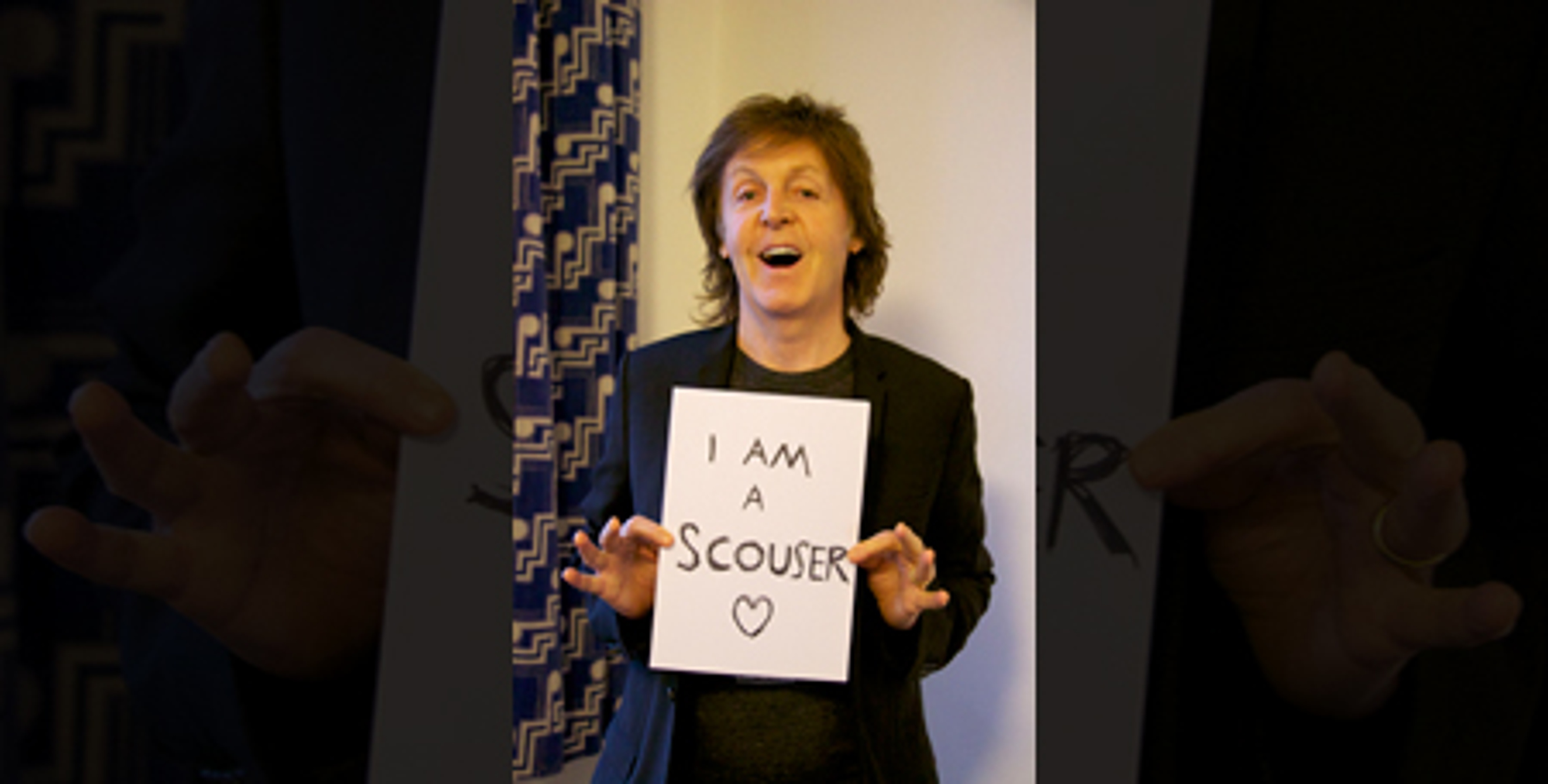 People around the world have been uploading “I Am!” selfies to express pride in identity for today’s 2014 Everyone Matters day, a campaign Paul has supported since it launched in 2012.

Everyone Matters is a global initiative bringing together international celebrities and leading organisations representing people of all ages, sex, race and religion.

This year the campaign invites you to upload “I Am!” photos to Facebook, Instagram and Twitter, to encourage people to make the world a place where everyone feels it’s OK to be who they are without fear of judgment or shame. The photo is accompanied by a handwritten statement; perhaps a personality trait, something they like, where they live, ethnicity, sexual orientation, religion - anything that says who they are. If you'd like to join in, please remember to use the hashtag #IAM

Check out Paul’s photo below!

For those of you unfamiliar with the term, a 'scouser' is slang for someone from Liverpool. Paul is proud of his Northern heritage and has become a much-loved figurehead for the city, to this day keeping his accent!

For more information on the campaign go to: