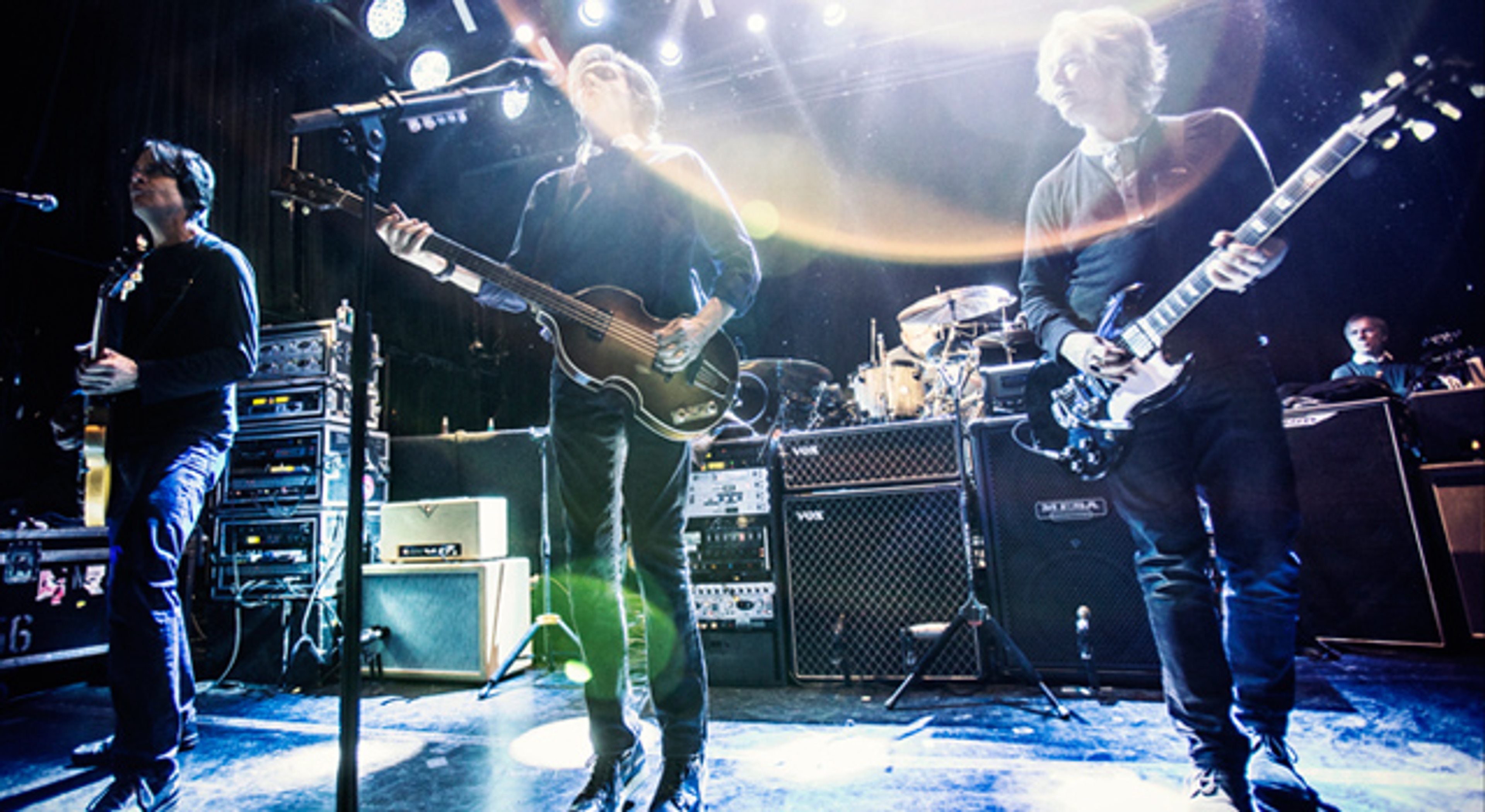 Fans will have seen that Paul had a great GRAMMY weekend. The world premiere performance of his 'FourFiveSeconds' collaboration with Rihinna and Kanye West received the thumbs up from fans and critics alike around the globe and also saw Paul trending worldwide on Twitter.

How do you follow such a lively weekend? Always one to enjoy a fun impromptu event, Paul decided to book in a surprise Valentine's Day show at the intimate Irving Plaza in New York City!

The gig was announced here at PaulMcCartney.com on Saturday morning and with only a few hundred tickets available, fans made a beeline to the venue in the hope of snapping them up.

Paul took to the stage around 11pm and played a searing 2 hour club set including dropping rose petals during 'My Valentine', dedicated to his wife Nancy.

And never one to rest on his laurels, Sunday also saw Paul appearing on the Saturday Night Live 40th Anniversary show, broadcast live from "30 Rock". Paul and his band performed a blistering version of 'Maybe I'm Amazed'.

As ever, tour photographer MJ Kim was on hand to capture the weekend for us. Check out his photos below, and we'd love to hear if you got into the Irving Plaza show or watched Paul's SNL performance, so let us know in the comments…

On stage at Irving Plaza