Paul Gets Out There in California! 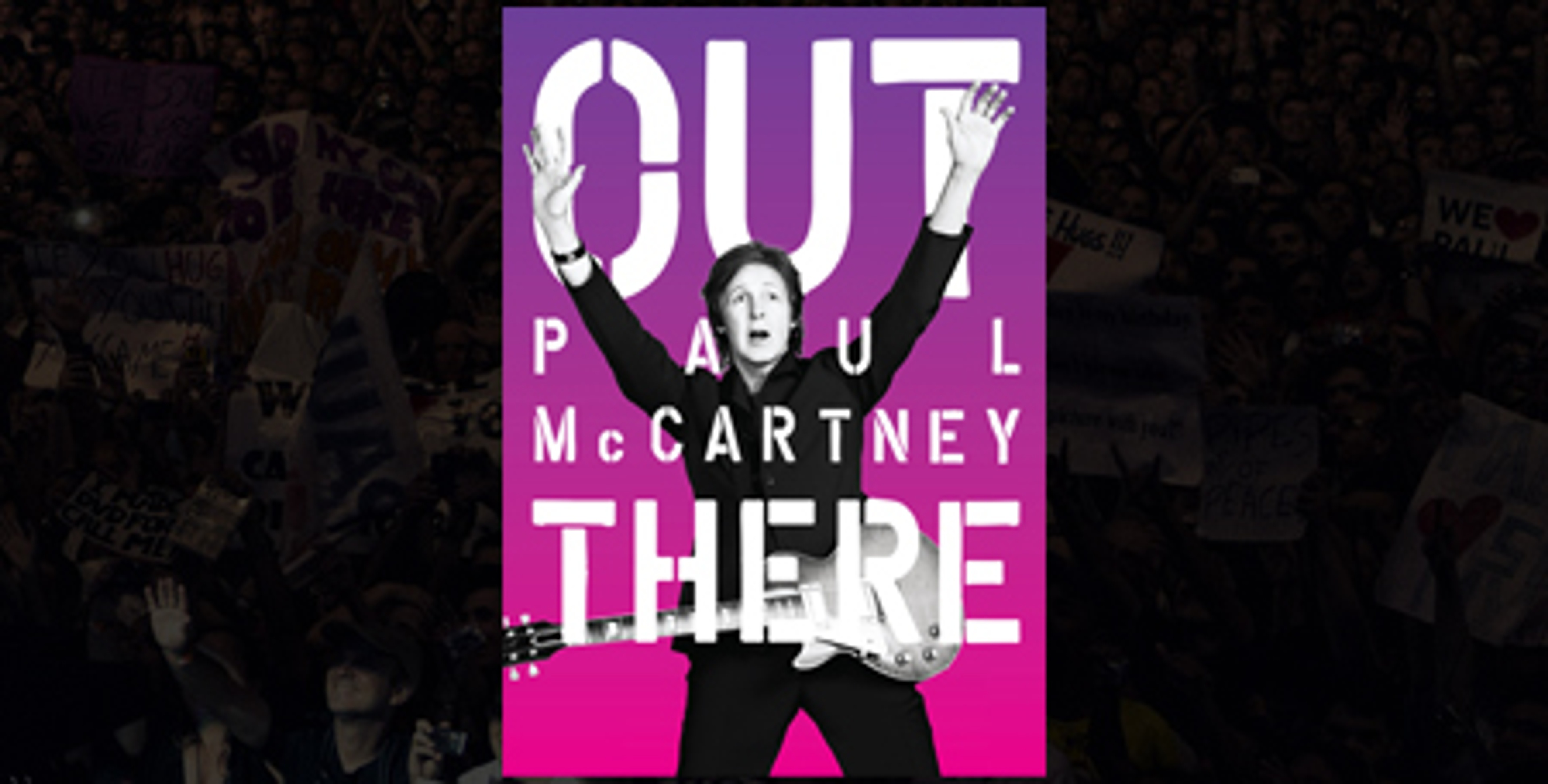 **PAUL McCARTNEY GETS BACK TO CANDLESTICK PARK

Following an incredible 2013 which saw Paul McCartney’s ‘Out There’ tour launch in Brazil and visit 23 cities across South America, Europe, North America and Japan, Paul has now confirmed one more very special show on the 2014 U.S. 'Out There' tour.

Currently tearing through Uruguay, Chile, Peru, Ecuador and Costa Rica, with Paul's return to Japan and debut in Korea set for next month, the ‘Out There’ 2014 world tour is now confirmed to visit California.

Putting the rumor mill to rest, Paul has confirmed that he will indeed return to San Francisco August 14 to play Farewell to Candlestick: The Final Concert.

This once in a lifetime occasion is sure to be doubly bittersweet as Paul closes the same iconic venue where The Beatles played their final concert date on August 29, 1966. Of Paul’s most recent visit to San Francisco, headlining last year’s Outside Lands festival, the SF Weekly gushed, “One of pop music’s original supernovas... let us bask in its incredible warmth for the best part of three hours… The question of whether or not it was a ‘good’ show almost doesn’t apply — Paul McCartney… was good in a way that no other show could be.”

The ‘Out There’ tour, as always, features music from the most beloved catalog in popular music, as Paul performs songs spanning his entire career - as a solo artist, member of Wings and of course as a Beatle. The set list will also include material from Paul's most recent studio album NEW, a global hit upon its release last year.

The McCartney live experience is a once in a lifetime opportunity; in just three hours some of the greatest moments from the last 50 years of music are relived; music which for many has shaped the very soundtrack of their lives. The last decade has seen Paul and his band perform in a staggeringly impressive range of venues and locations, including outside the Coliseum in Rome, in Moscow's Red Square, Buckingham Palace, at the White House, a free show in Mexico to over 400,000 people, and even broadcast live into Space! Featuring Paul's band of the last 10+ years-Paul "Wix" Wickens (keyboards), Brian Ray (bass/guitar), Rusty Anderson (guitar) and Abe Laboriel Jr (drums)-the show never disappoints.

2014 got off to an incredible start for Paul as he set a personal career best by winning an incredible five GRAMMY Awards in one night. In the UK he was honored by music bible NME with a special one off award, the 'Songwriter's Songwriter Award' chosen for this unique accolade by his fellow peers.

Tickets for the newly announced date will be on sale Monday, May 5 at 10am local time.   American Express® Card Members can purchase tickets before the general public beginning Thursday, May 1 at 10am through Sunday, May 4 at 10pm.

EXTRA SHOWS ADDED! Paul Gets Back #OutThere in the U.S.!

Paul Gets Back #OutThere in the U.S.!

Paul Gets #OutThere in South Korea!