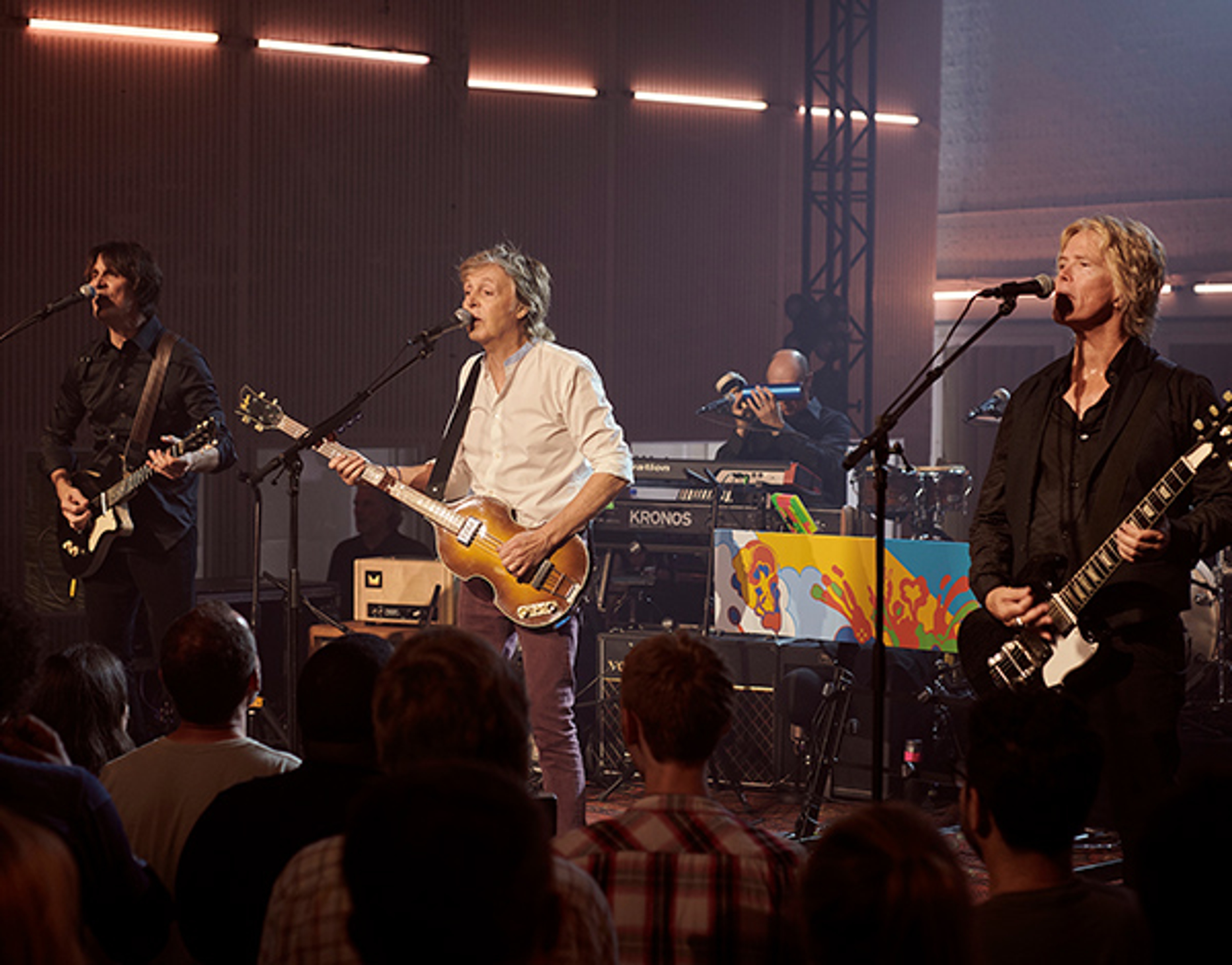 Today sees the release of ‘**Paul McCartney & Spotify Singles: Under The Staircase’**, a playlist of exclusive audio and video* recordings all captured at his intimate gig at Abbey Road Studios earlier in the summer, at which Paul played tracks from his newest solo album, Egypt Station.

Spotify hosted Paul’s intimate gig at Abbey Road’s iconic Studio 2, the studio in which so many of The Beatles’ classic tracks were recorded. The session - which was overseen by producer Giles Martin, the son of ‘the fifth Beatle’ Sir George Martin - featured a wealth of iconic tracks from the back catalogues of The Beatles and Wings, as well as tracks from his newest solo album, Egypt Station. The event was attended by around 150 of Paul McCartney‘s biggest fans from around the world, as well as close friends of the star and his family, including Stormzy, Kylie Minogue, Amy Schumer, Johnny Depp and Orlando Bloom.

Spotify can now offer fans the opportunity to enjoy the session as if they were there in Studio 2 in one new playlist: ‘Paul McCartney & Spotify Singles: Under The Staircase’.

‘Paul McCartney & Spotify Singles: Under The Staircase’ is a first-of-its-kind audio and video playlist, comprising of 17 audio tracks, and a feature-length concert film, made up of 34 videos* capturing the most special moments of the Abbey Road session.

*The 34 videos are available in the following countries: UK, US, SE, CA, AU, NZ, LATAM