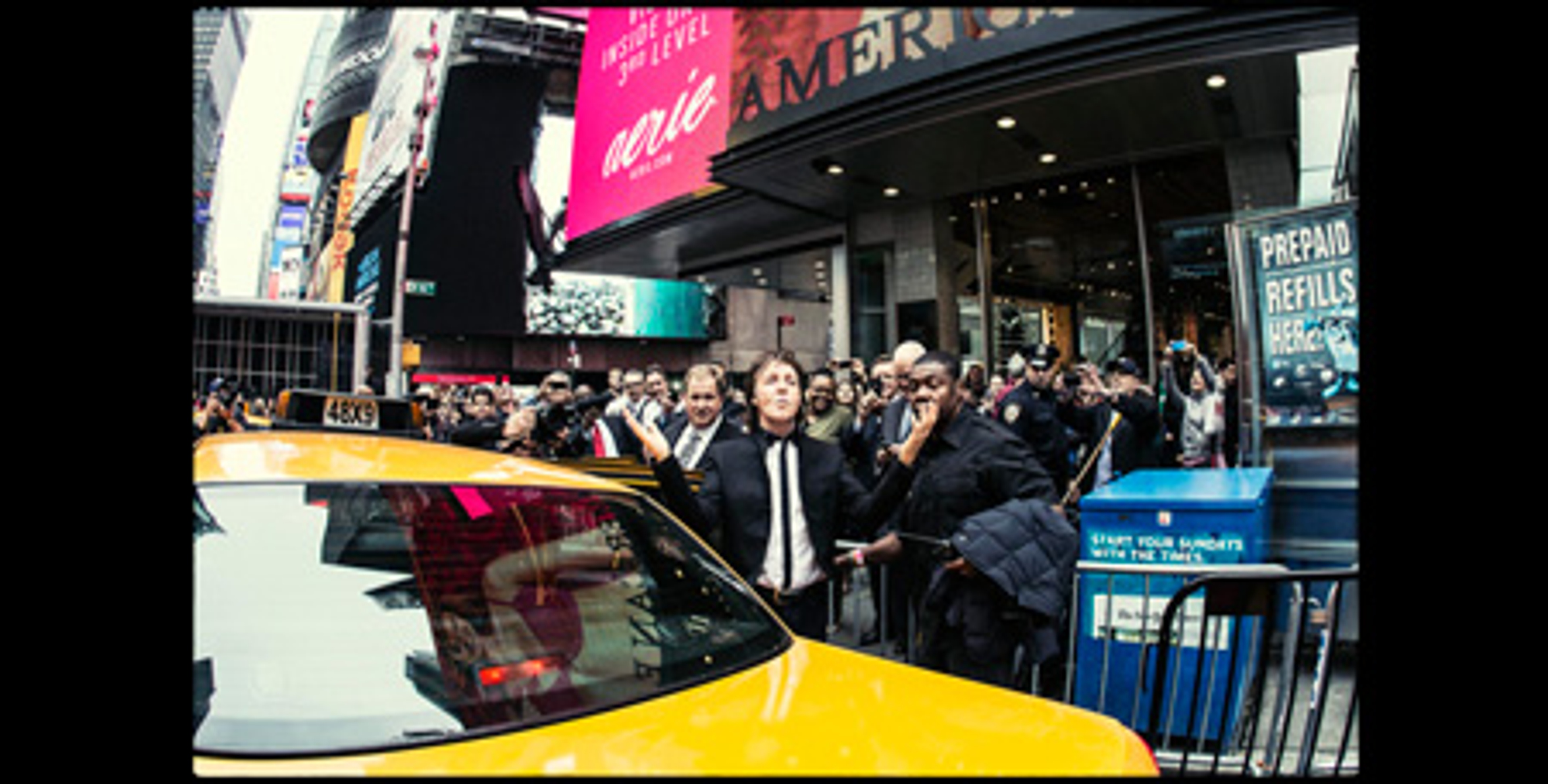 Always a fan of impromptu events, Paul took to Times Square yesterday to do a free unannounced gig in New York City.

Paul arrived shortly after 1pm to perform four tracks from the 'NEW' album with his band in the back of a truck parked on 46th and Broadway.

Fans crowded around the makeshift stage to get an up-close view of Paul who commented during the event, "We only get fifteen minutes up here. Andy Warhol predicted that I would get 15 minutes of fame. This is it!" He also took time to thank the NYPD for allowing him to perform in such a busy and iconic part of the city.

Fans outside of New York were able to tune in to the event via a webcam situated in Times Square.

• New
• Save Us
• Everybody Out There
• Queenie Eye