Paul Teams Up With Kanye West and Rihanna 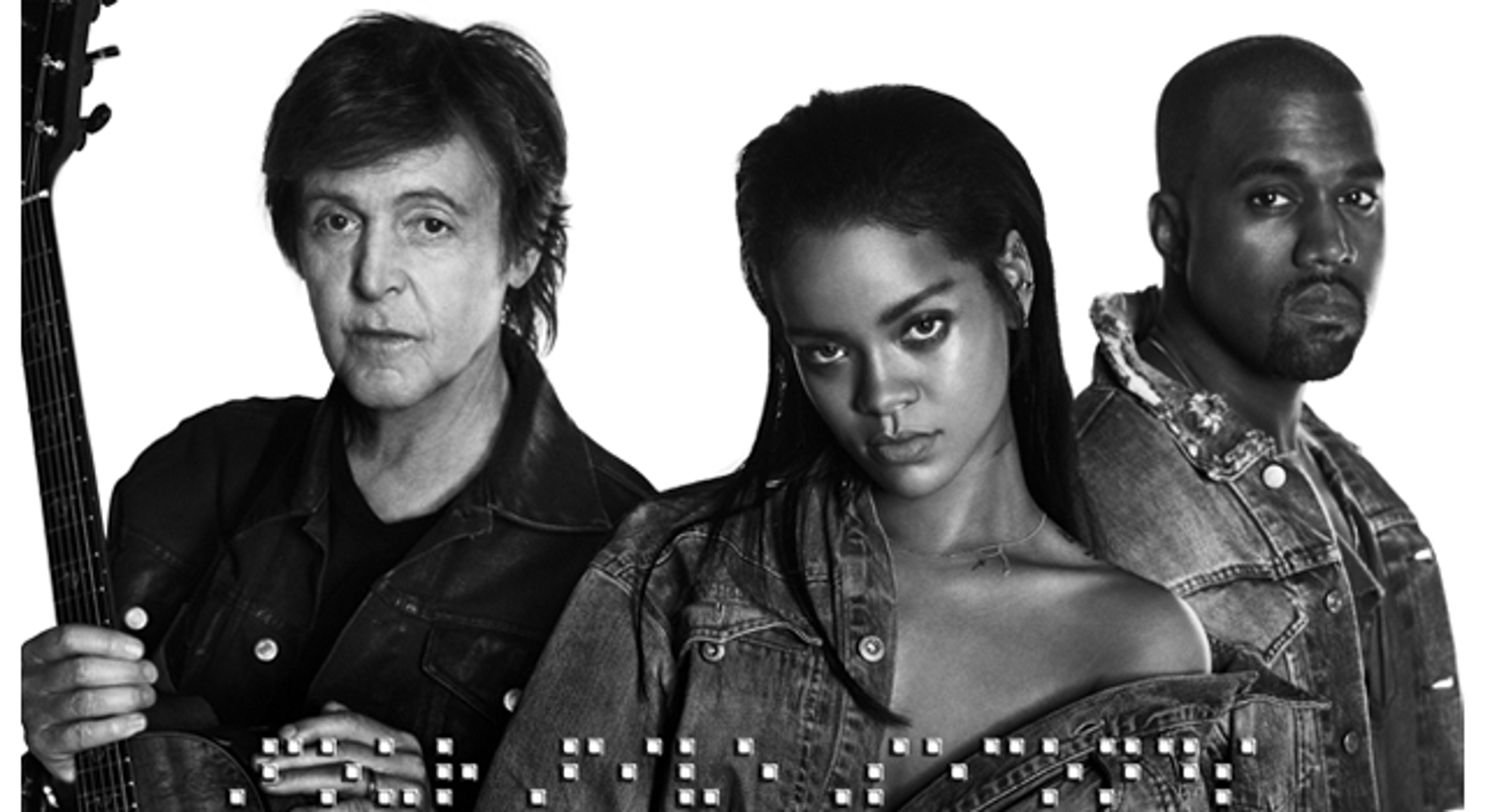 During Paul's first-ever live Twitter Q&A in 2013 he told fans he'd been enjoying Kanye West's 'Yeezus' album. Paul later revealed during a second Q&A that one of his favourite gigs was Kanye West and Jay Z's 'Watch The Throne' show at The O2 in London.

Fans will have seen that over the new year Paul's appreciation of Kanye's music yielded a moving collaboration on the track 'Only One'. The song - written from the perspective of West's mother and released without prior notice - featured Paul on keyboards and was recorded at a session the pair held in secret last year.

Over the past weekend another collaboration from these sessions was released, this time featuring Rihanna on vocals. 'FourFiveSeconds' features Paul on acoustic guitar.

Both tracks are available to download from iTunes now at the below links: