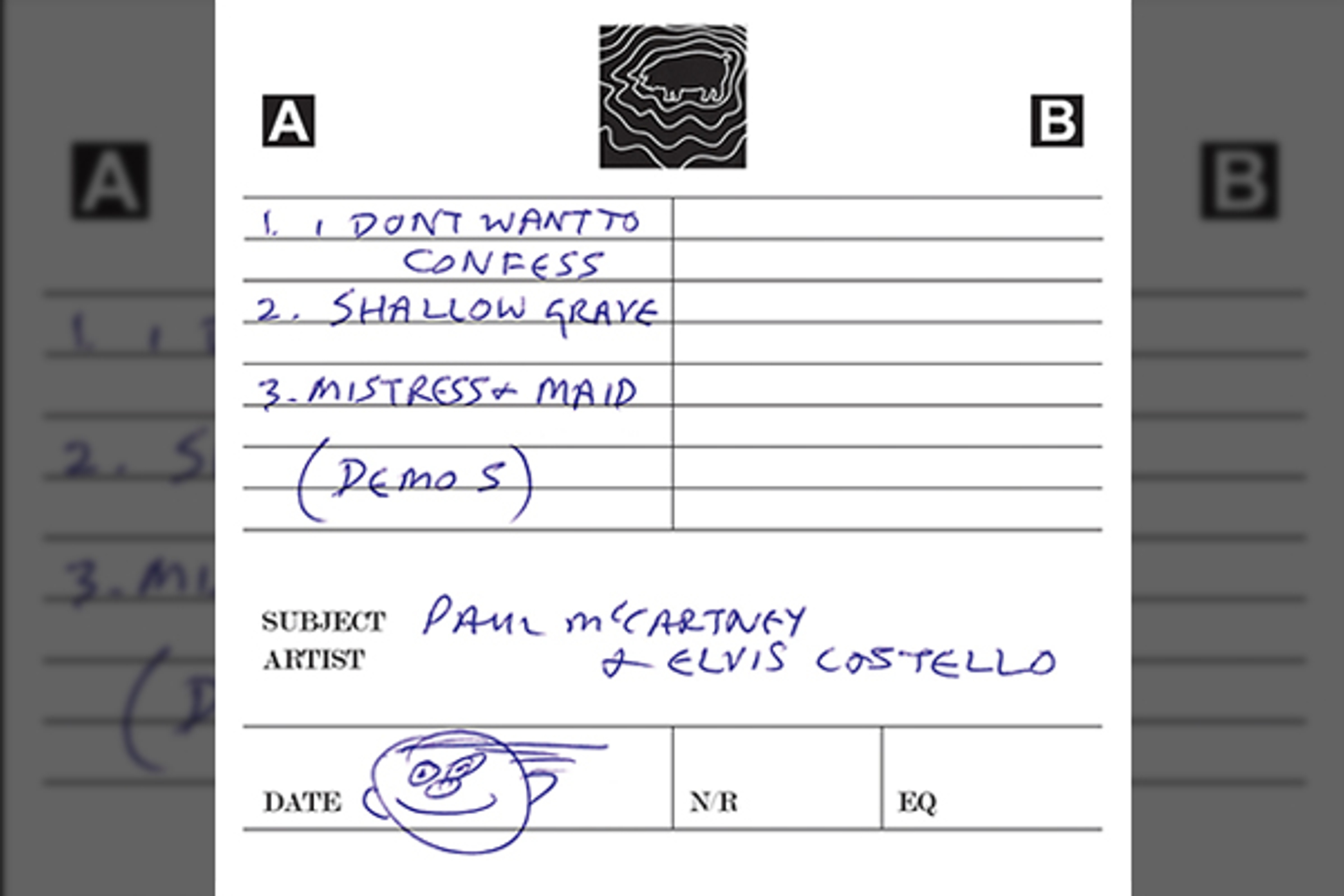 FLOWERS IN THE DIRT — THE CASSETTE DEMOS WITH ELVIS COSTELLO

To commemorate Record Store Day this April 22nd, a limited edition three-song cassette of Paul and Elvis Costello's Flowers In The Dirt demos will be made available at participating RSD stores.

The limited edition cassette-only release will be the first time these recordings - 'I Don’t Want To Confess', 'Shallow Grave' and 'Mistress And Maid'- will be made available in the same form as when Paul and Elvis first cut them directly to tape.

Speaking about these tracks Paul said: “The demos are red hot off the skillet and that’s why we wanted to include them on this boxed set. What’s great about these songs is that they’ve just been written. So there’s nothing more hot off the skillet as I say. So that was the kind of great instant thing about them. I hadn’t listened to them in ages but when I did I knew we had to put them out. We made a little tape of them and sent them to Elvis, who loved them too. We said we should put out an EP or something and now the moment’s finally arrived.”

See below for a sneak peek at the cassette demo experience...

The demos will be made available digitally only as part of the Deluxe Edition when Flowers In The Dirt is released as the 10th installment in the multiple-GRAMMY-winning Paul McCartney Archive Collection.

The Paul McCartney Archive Collection release of Flowers In The Dirt was, as always, personally curated and overseen by Paul himself.

Flowers In The Dirt