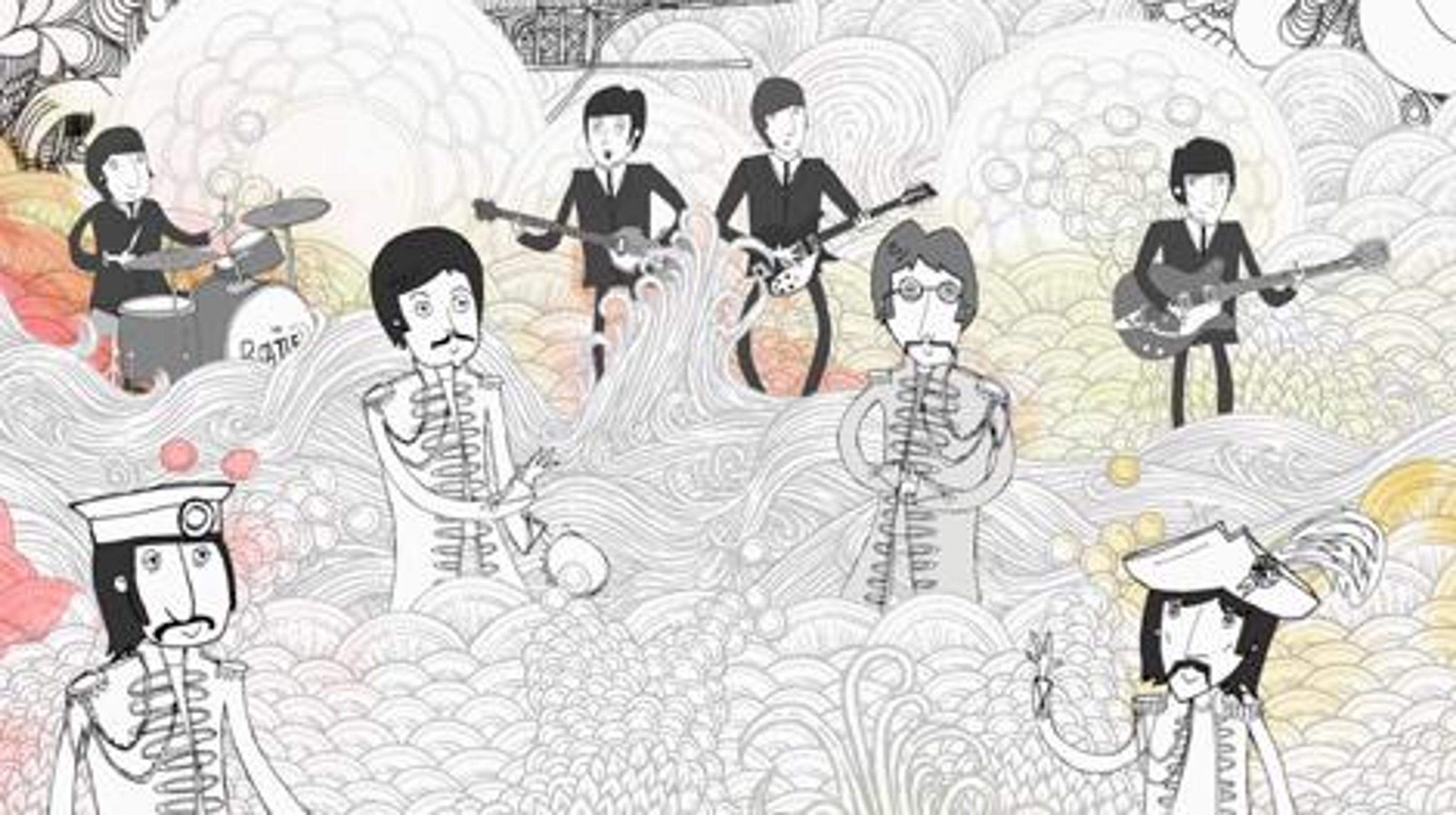 The Beatles were responsible for the global explosion of pop music culture in the 60s and today have joined grassroots campaign Music Matters. Alongside artists such as Elbow, Bernard Butler Paloma Faith, Kate Bush and many more, The Beatles are showing their support to a campaign that seeks to engage music fans directly, highlighting the value of music and raising awareness of legitimate online music services.

The Beatles have pledged their support by approving the creation of a special animated film, in-keeping with the campaign to date. The film was animated and directed by Lee Gingold who has used their timeless recordings to provide the soundtrack to the life of the films’ central character - how he grew up listening to their music and how it has marked the various milestones in his life, the trials and tribulations, the passion, the story behind the music. The film focuses on the message that music is a shared experience and as such brings us all together, and for him that’s why music matters.

Watch the video by clicking here

The Beatles have inspired thousands of artists over the years and they’re a band that almost everyone can connect to. Their endorsement of this campaign is an important milestone for Music Matters.

On the campaign website at www.whymusicmatters.org there are a number of already well received films from artists such as Blind Willie Johnson, The Jam, John Martyn, Nick Cave, Sigur Ros, Kate Bush and The Fron Choir, and most recently Elbow, Bernard Butler and Paloma Faith.  The Beatles are the latest artists to have worked with animators to create an exclusive short film to raise the awareness of all the ways to consume music responsibly.  If there wasn’t a sustainable system in place through the sale of music, that supported and allowed people to have a career, arguably we may never have had The Beatles - we need to continue to support new artists who in turn continue to influence the global superstars of today.

The Music Matters campaign was first launched in March 2010 as a credible artist driven campaign. In its first year it has attracted unanimous support from all sectors of the music industry – managers, all four major record labels (Universal, Sony, Warners and EMI) and independents, publishers and retailers as well as some of the worlds most loved artists. In recent times technological advances mean that music is more readily available and accessible than ever before. Music Matters aims to start a conversation to get people thinking about how valuable music is, where they get their music from and through this make the right ethical choices when consuming music.

This phase of Music Matters will significantly ramp up online consumer engagement over the next twelve months, asking music fans to directly get involved and pledge their support. Music Matters is also encouraging artists - both established and emerging - to contribute videos and commentary about the enduring value of music and what it means to them.

The high level of support from the industry was emphasised by the acknowledgements that the campaign received at The Brit Awards 2011 with artists such as Cee Lo Green, Ellie Goulding, Dizzie Rascal and Simon Le Bon voicing their support.

Music Matters is supported by all those who work in and around music. A steering committee reflective of the support it has gained from all sectors of the industry has been set up to execute the campaign.