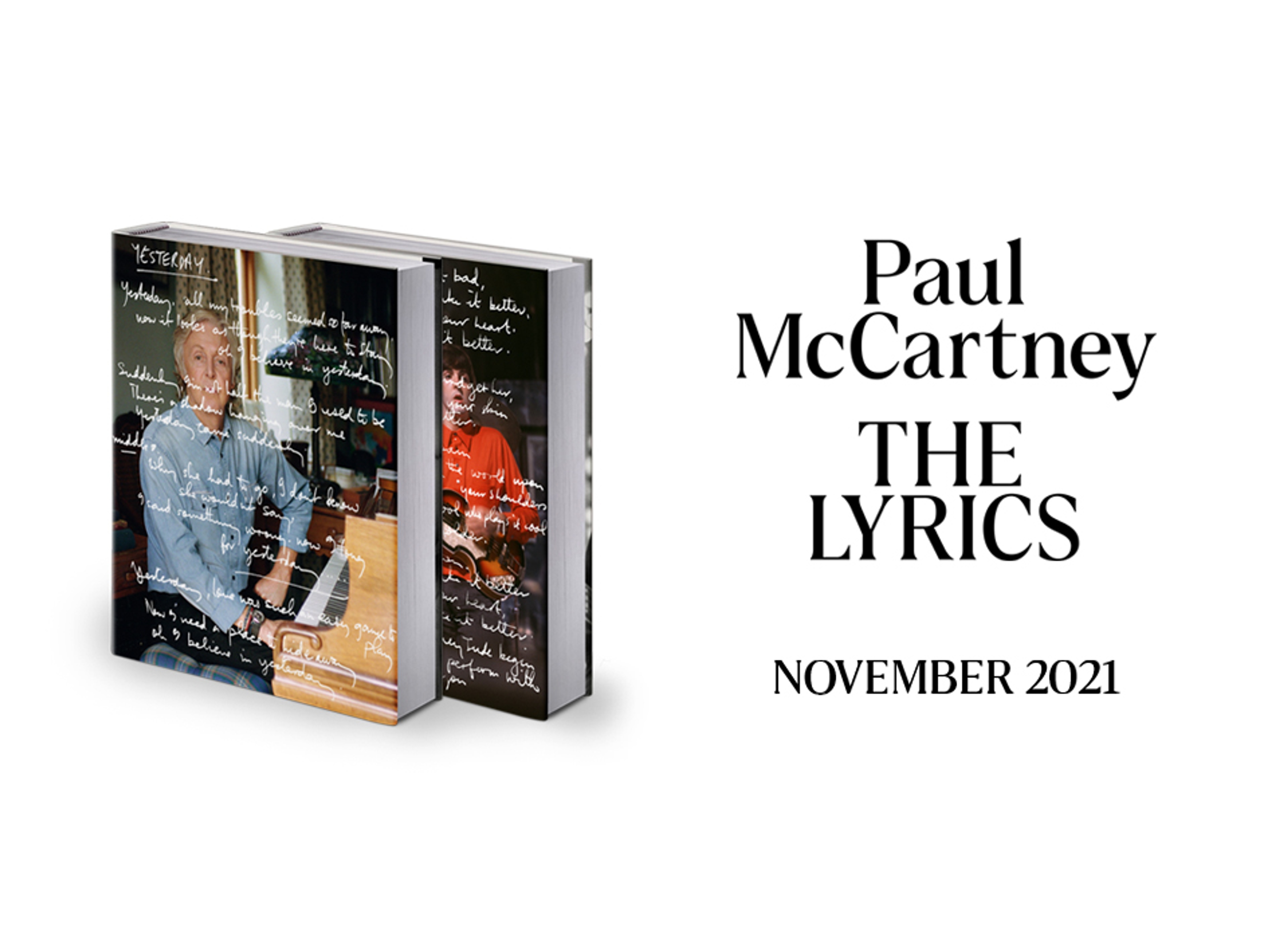 THE LYRICS: 1956 to the Present
by Paul McCartney

A self-portrait in 154 songs, by our greatest living songwriter.

‘More often than I can count, I’ve been asked if I would write an autobiography, but the time has never been right. The one thing I’ve always managed to do, whether at home or on the road, is to write new songs. I know that some people, when they get to a certain age, like to go to a diary to recall day-to-day events from the past, but I have no such notebooks. What I do have are my songs, hundreds of them, which I’ve learned serve much the same purpose. And these songs span my entire life.’ - Paul McCartney, The Lyrics

In this extraordinary book, with unparalleled candour, Paul McCartney recounts his life and art through the prism of 154 songs from all stages of his career – from his earliest boyhood compositions through the legendary decade of The Beatles, to Wings and his solo albums to the present. Arranged alphabetically to provide a kaleidoscopic rather than chronological account, it establishes definitive texts of the songs’ lyrics for the first time and describes the circumstances in which they were written, the people and places that inspired them, and what he thinks of them now. Presented with this is a treasure trove of material from McCartney’s personal archive – drafts, letters, photographs – never seen before, which make this also a unique visual record of one of the greatest songwriters of all time.

We learn intimately about the man, the creative process, the working out of melodies, the moments of inspiration. The voice and personality of Paul McCartney sings off every page. There has never been a book about a great musician like it.

‘I hope that what I’ve written will show people something about my songs and my life which they haven’t seen before. I’ve tried to say something about how the music happens and what it means to me and I hope what it may mean to others too’ - Paul McCartney

‘Based on conversations I had with Paul McCartney over a five year period, these commentaries are as close to an autobiography as we may ever come. His insights into his own artistic process confirm a notion at which we had but guessed — that Paul McCartney is a major literary figure who draws upon, and extends, the long tradition of poetry in English.’ - Paul Muldoon

Sign up to the Paul McCartney newsletter HERE to be the first to receive news and updates about 'THE LYRICS: 1956 to the Present'.

A New Year Message From Paul