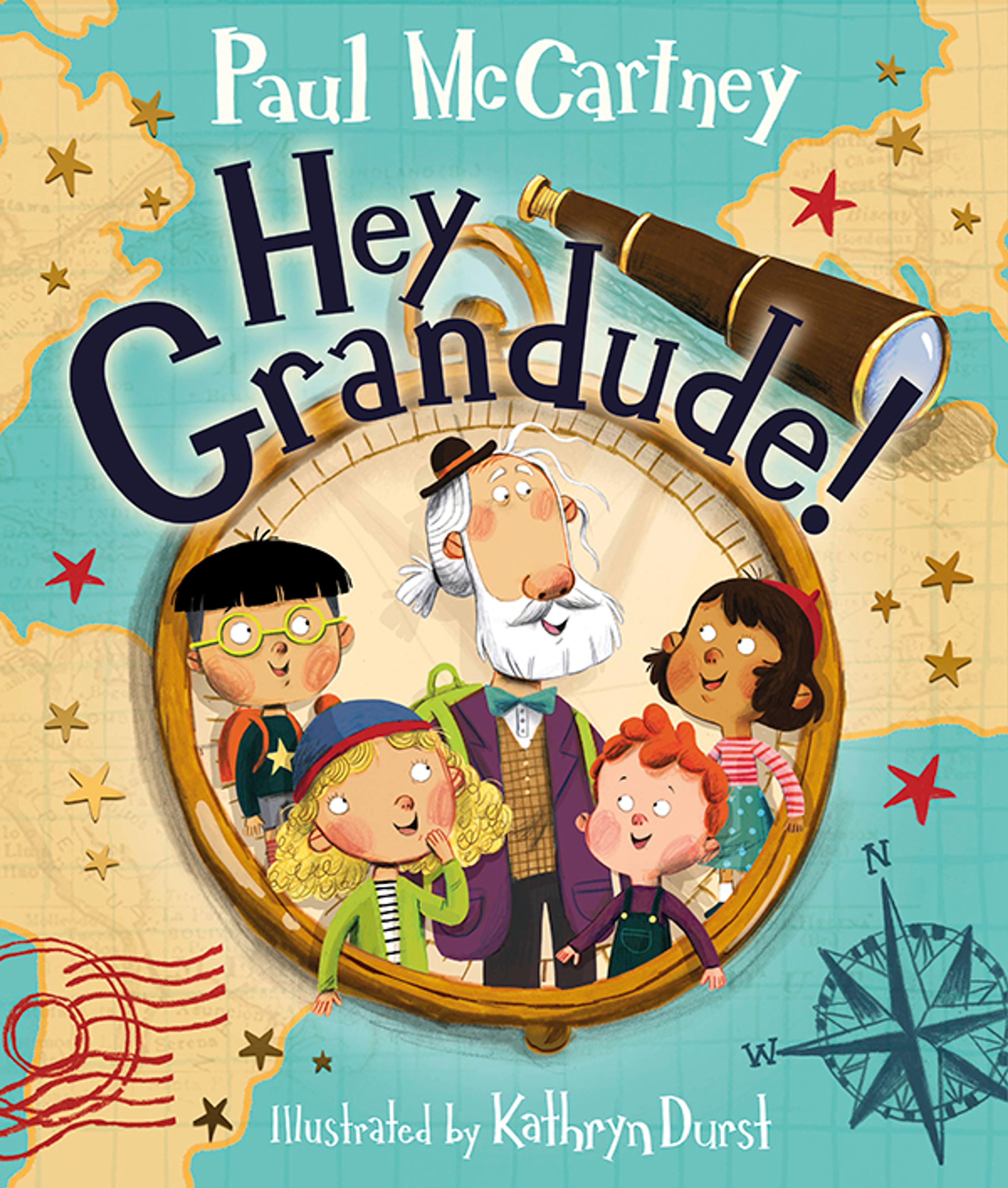 UPDATED: Inspired by Paul’s own experience of being a grandude (a name his grandchildren have given him), Hey Grandude! is an action-packed picture book that introduces a magical intrepid explorer grandfather — the eponymous Grandude — and his four grandchildren. Join them as they ride flying fish, dodge stampedes, and escape avalanches. All brought to life with funny, colourful illustrations from talented artist and rising star, Kathryn Durst.

Paul has narrated the audiobook himself, along with composing some exclusive original music which you can also hear in this soundtrack.
Hey Grandude! will be published in hardback, CD and audio download on 5th September 2019

Get a sneak peek of Paul recording the Hey Grandude! audiobook below:

Today, Paul reveals the cover for his first picture book Hey Grandude! [above] The book will be published in hardcover under the Random House Books for Young Readers imprint in the US and the Puffin imprint in the UK in September 2019.

"I’m excited to share the cover of my new children’s book 'Hey Grandude!' which will be out later this year. I’ve worked on this with a great illustrator called Kathryn Durst and I hope you enjoy it as much as I do." - Paul

“I am thrilled to be able to share the cover of 'Hey Grandude!' It features the main character of the story - Grandude, and his four adorable grandchildren that he calls ‘chillers’. Working on this book with Sir Paul McCartney has been an amazing experience and I can’t wait for its publication in September. I had so much fun working on the illustrations for the book, and I hope others will have just as much fun reading it!”  Kathryn Durst, Illustrator

We love Kathryn's illustrations and can't wait to read the book. So far our favourite character is cartoon Paul!