Updated: Paul Takes His 'One On One' Tour To Norway 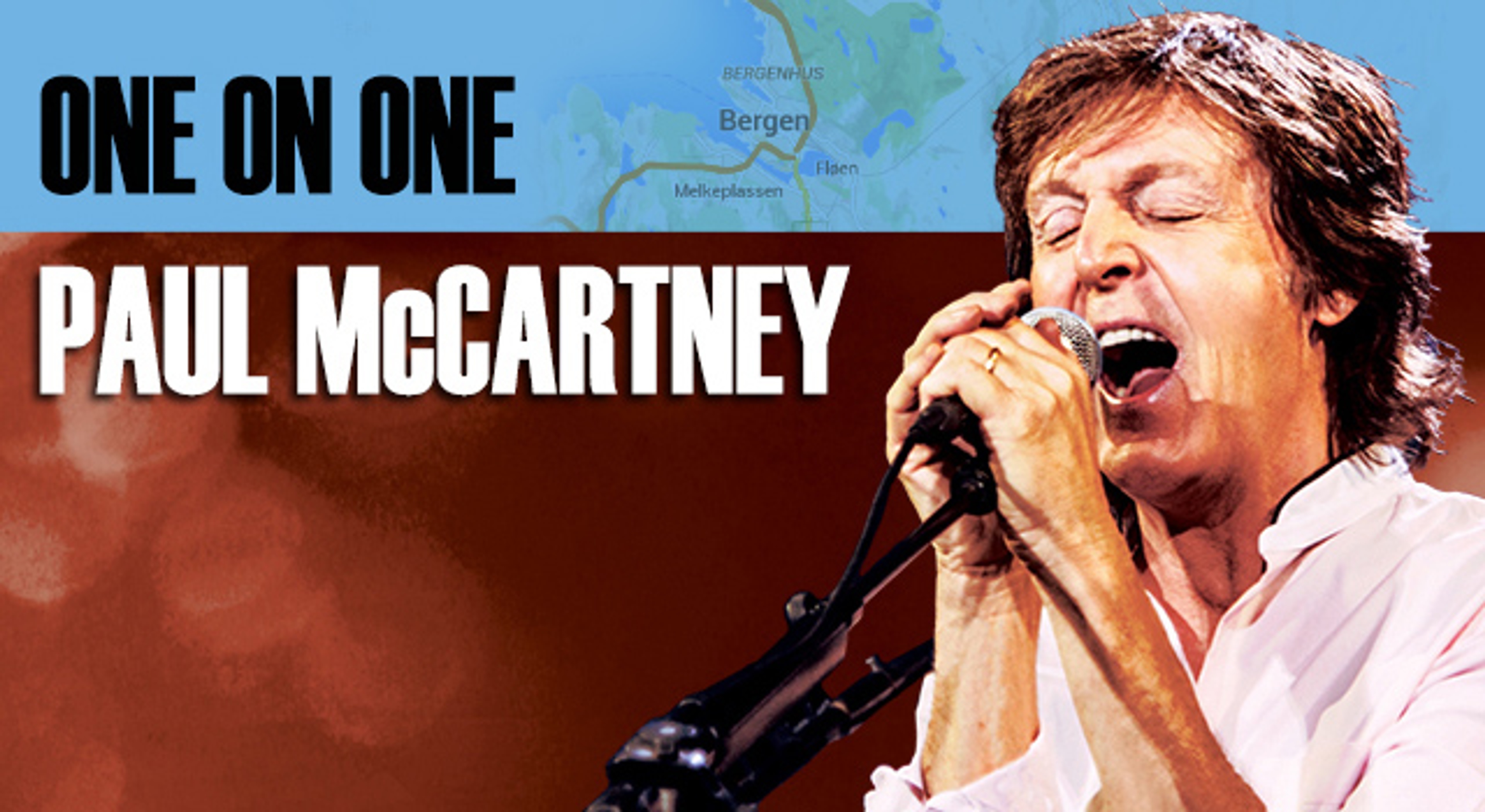 Pre-sale tickets for Paul's show in Norway will go on sale for registered members (as of 9am CEST / 8am BST this morning). Tickets will be available on the below link:

PAUL McCARTNEY
'ONE ON ONE'
Norwegian Date Of New Tour Confirmed

Paul McCartney has confirmed another brand new date for his 'One On One' tour in Norway this summer.

As with the launch of every new Paul McCartney tour, 'One On One' promises to unveil a dazzling re-designed set, dozens of classics from the most beloved catalog in popular music, spanning Paul's entire career--as a solo artist, member of Wings and of course as a Beatle—and no shortage of surprises.

One On One adds another show to the line up as Paul comes to Bergen for the first time ever to perform at scenic medieval venue Bergenhus Fortress & Castle. The show promises Norwegian crowds another spectacular performance following Paul’s sell-out show at the Telenor Arena last summer.

'One On One' is the first new Paul McCartney tour since the juggernaut that was 'Out There' came to its stunning conclusion on October 22, 2015 with Paul’s first ever concert in Buffalo, NY. 'Out There's finale capped off an incredible 2015, in which the tour played 27 shows in 22 cities throughout the world, with highlights including Paul’s historic debut in South Korea — where the crowd at Seoul Olympic Stadium’s refusal to stop singing the refrain to 'Hey Jude' literally forced Paul to reprise the song in the first encore, playing that signature bassline live for the first time — three nights at the Tokyo Dome and one at Budokan, a sold out stand at Paris' majestic Stade de France, more than a dozen packed arena shows across the US, UK and Europe, and triumphant headlines at festivals such as Firefly, Roskilde, and Lollapalooza in Chicago — the latter a tour de force performance for a 100,000-strong crowd featuring a guest appearance from Alabama Shakes' Brittany Howard on 'Get Back'.

The Paul McCartney live experience is everything any music lover could ever want from a rock show — and so much more: Nearly three hours worth of the greatest moments from the last 50 years of music, dozens of songs that have formed the soundtracks of our lives. Paul and his band have played an unparalleled range of venues and locations: outside the Coliseum in Rome, Moscow's Red Square, Buckingham Palace, The White House, a free show in Mexico for over 400,000 people, the last ever show at San Francisco's Candlestick Park where The Beatles played their final concert 1966, and even one performance broadcast live into Space! Featuring Paul's band of the last 10+ years – Paul "Wix" Wickens (keyboards), Brian Ray (bass/guitar), Rusty Anderson (guitar) and Abe Laboriel Jr (drums) – the show is never anything short of life-changing.

The 'One On One' Tour will debut a brand new production, as always utilising state of the art audio and video technology and to ensure an unforgettable experience from every seat in the house. Employing massive screens, lasers, fireworks and, of course, a staggering selection of the best songs ever written or performed, every Paul McCartney show promises a once in a lifetime evening that transcends and elevates the potential of live music.

UPDATED: Paul Takes His 'One On One' Tour To Denmark