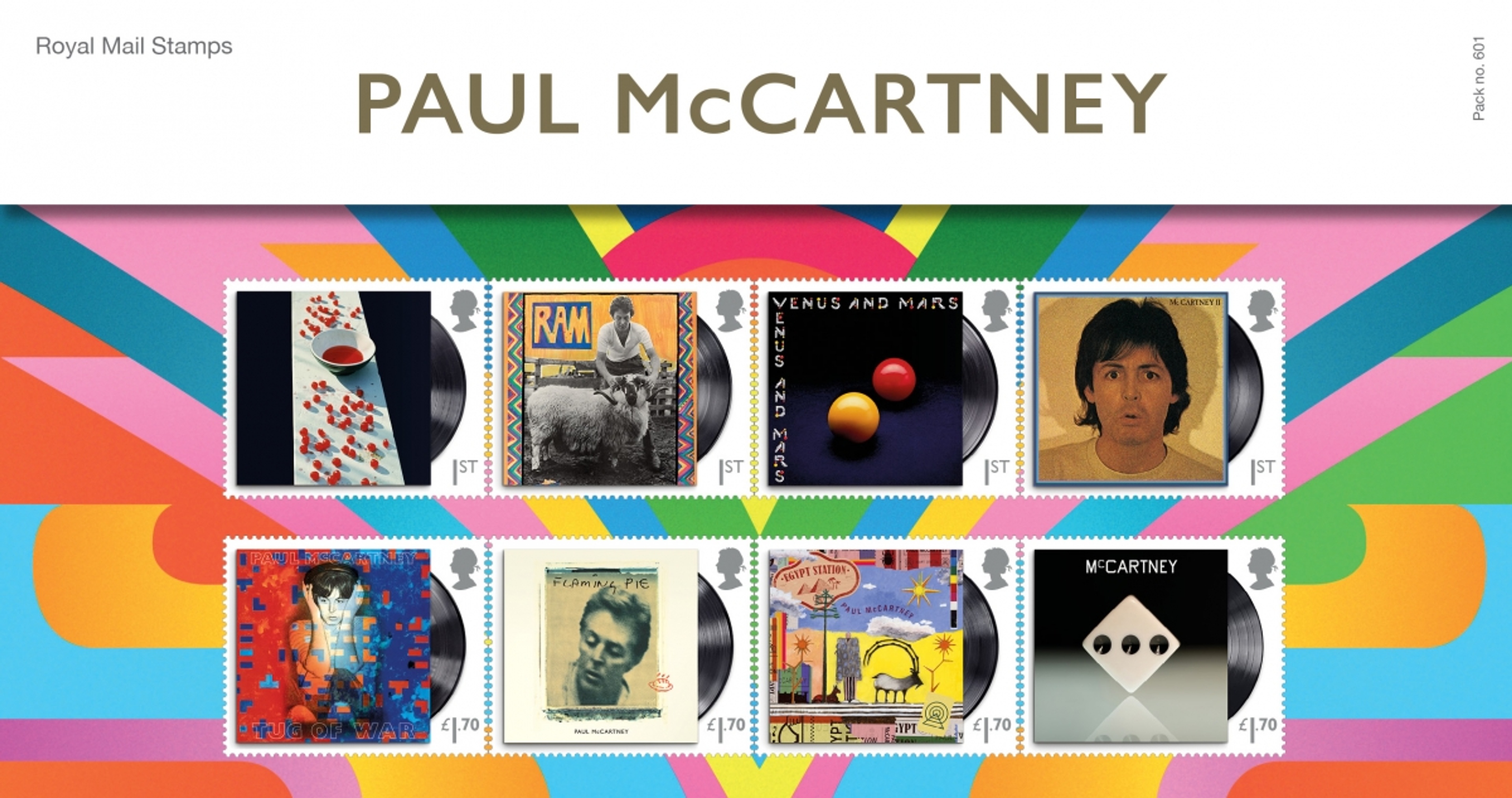 Eight stamps feature some of Paul’s most loved album covers and a further four stamps, presented in a miniature sheet, reflect his passion for studio recording.

UPDATE: The stamps and a range of collectible products are available now online HERE!

Royal Mail today revealed images of a set of 12 Special Stamps being issued to celebrate one of the UK’s most successful songwriters and greatest music icons, Paul McCartney.

The main stamp set features a selection of eight LPs which have defined Paul McCartney’s career from his first solo album McCartney released in 1970 through to his most recent No.1 album, McCartney III which was recorded and released during lockdown in 2020.

The remaining four stamps, presented in a Miniature Sheet, feature photographs spanning three decades of Paul in the studio, recording for some of the albums featured in the main Special Stamp set.

Royal Mail collaborated closely with Paul and his team at MPL Communications Ltd. on the collection – with Paul having personal involvement in the images used and the wider product range created for the issue.

Paul McCartney is an icon of 20th and 21st century popular music. He is recognised by Guinness World Records as ‘the most successful songwriter of all time’ having written or co-written 188 charted records in the UK, of which 91 reached the top 10 and 33 reached No.1.  He is the most successful albums act in UK Official Chart history and has been awarded more than 60 gold discs.

In the USA he has composed 32 No.1 singles and is a 21-time Grammy award winner. 2021 marks the 50th anniversary of the release of RAM, and the formation of the band Wings, which achieved huge success as one of the biggest selling acts of the 70s - with 27 US top 40 hits, and five consecutive No.1 albums.

The 1977 Wings’ single, Mull of Kintyre, remains one of the UK’s biggest selling non-charity singles. Paul McCartney is one of only three individual music artists to be featured in a dedicated stamp issue; the others being David Bowie (2017) and Elton John (2019).

David Gold, Royal Mail said: “Paul McCartney remains a vital figure at the centre of rock and pop - an artist whose legacy is immense, but whose work continues to generate popular attention and critical acclaim. This dedicated stamp issue is a fitting tribute to one of the UK’s much loved and revered musical icons.”

The stamps and a range of collectible products are available now online or by phone on 03457 641 641 and from 7,000 Post Offices throughout the UK.