UPDATED: TICKETS ON SALE NOW! Vienna Date Added to 'Out There!' Tour 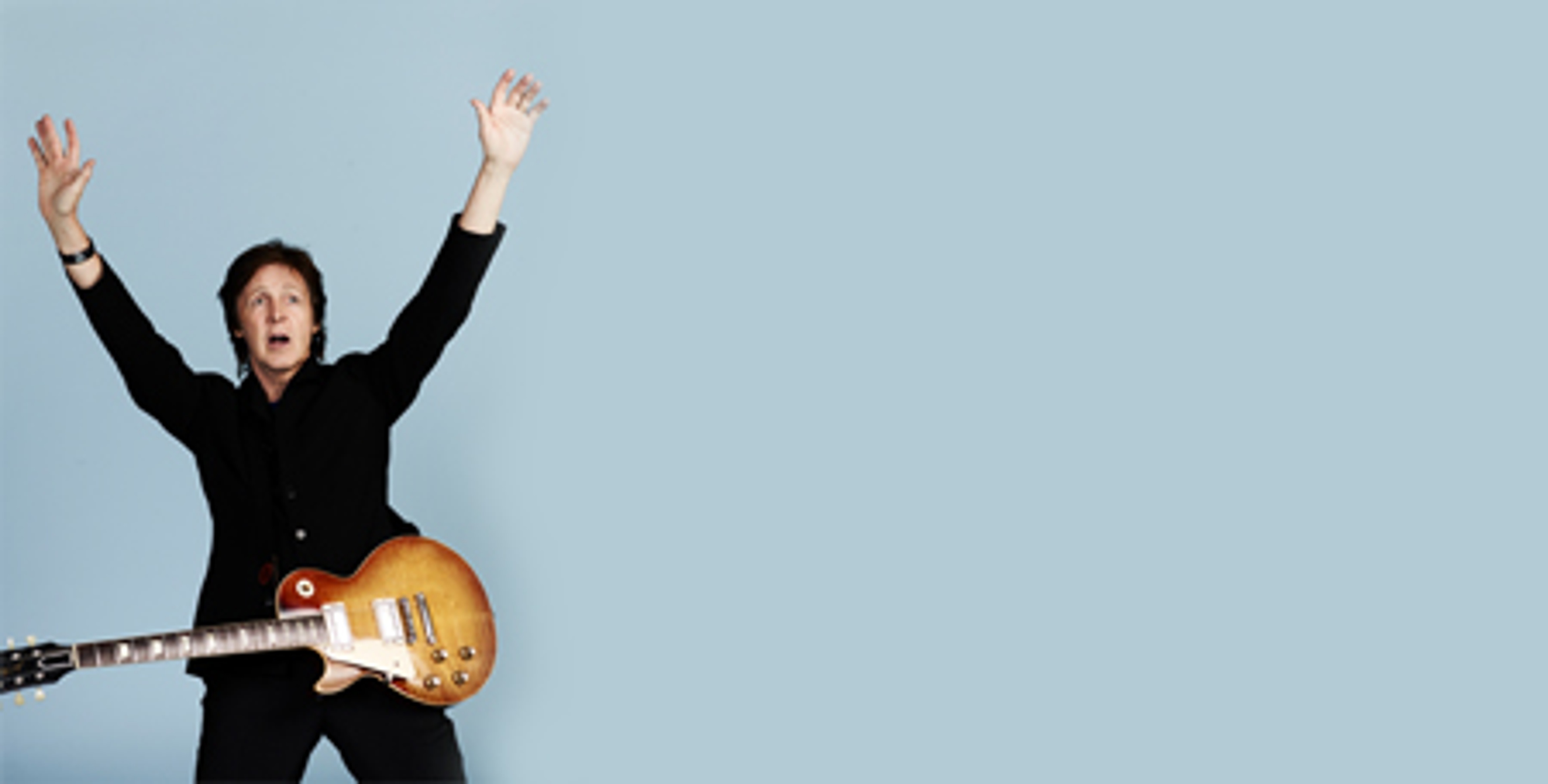 PAUL McCARTNEY 'OUT THERE!' TICKET INFO:

Ticket are now on sale for Paul's forthcoming dates in Warsaw and Vienna. Get your tickets at the links below:

Paul has announced his first live dates of 2013, which will be part of an all new tour called ‘Out There!’. The tour will see Paul and his band travel the world throughout the year, even visiting some places they've never been before. Further announcements and dates will be added in the coming weeks. Stay tuned to PaulMcCartney.com for updates and ticket details.

Following this morning's announcement that music's leading man will play at Warsaw’s National Stadium this June – his first ever show in Poland - Paul has also confirmed he’ll perform at Vienna’s Happel Stadium. This date will be Paul's fourth ever show in the Austrian capital, having first played there twenty years ago as part of the 1993 'New World Tour'. His last visit was in 2003 on the 'Back In The World' Tour.

The 'Out There!' tour will feature music from one of the best loved catalogues in popular music. Paul will perform songs that span his entire career - as a solo artist, member of Wings and of course as a Beatle.

The McCartney live experience is a once in a lifetime opportunity; in just three hours some of the greatest moments in music from the last 50 years are relived and for many have become the soundtrack to living. Last year marked 40 years since Paul's premier tour as a solo artist and these past four decades have seen him play in a staggeringly impressive range of venues and locations, including outside the Coliseum in Rome, in Moscow’s Red Square, at the White House, a free show in Mexico to over 400,000 people and even into Space! Having played with his band - Paul ‘Wix’ Wickens (keyboards), Brian Ray (bass guitar/guitar), Rusty Anderson (guitar) and Abe Laboriel Jr. (drums) - for over ten years, the show never disappoints.

Paul is throwing himself into 2013 with full force following on from yet another landmark year in 2012, which saw him conclude his record-breaking 'On The Run' tour, release his chart topping 'Kisses On The Bottom' album, gain a star on the Hollywood Walk of Fame, play at both the Diamond Jubilee and Olympics Opening Ceremony and be named MusiCares Person of the Year, to highlight just a few memorable moments. With the 'Out There!' tour and a new studio album in the works, it looks like 2013 shows no signs of Paul slowing down.