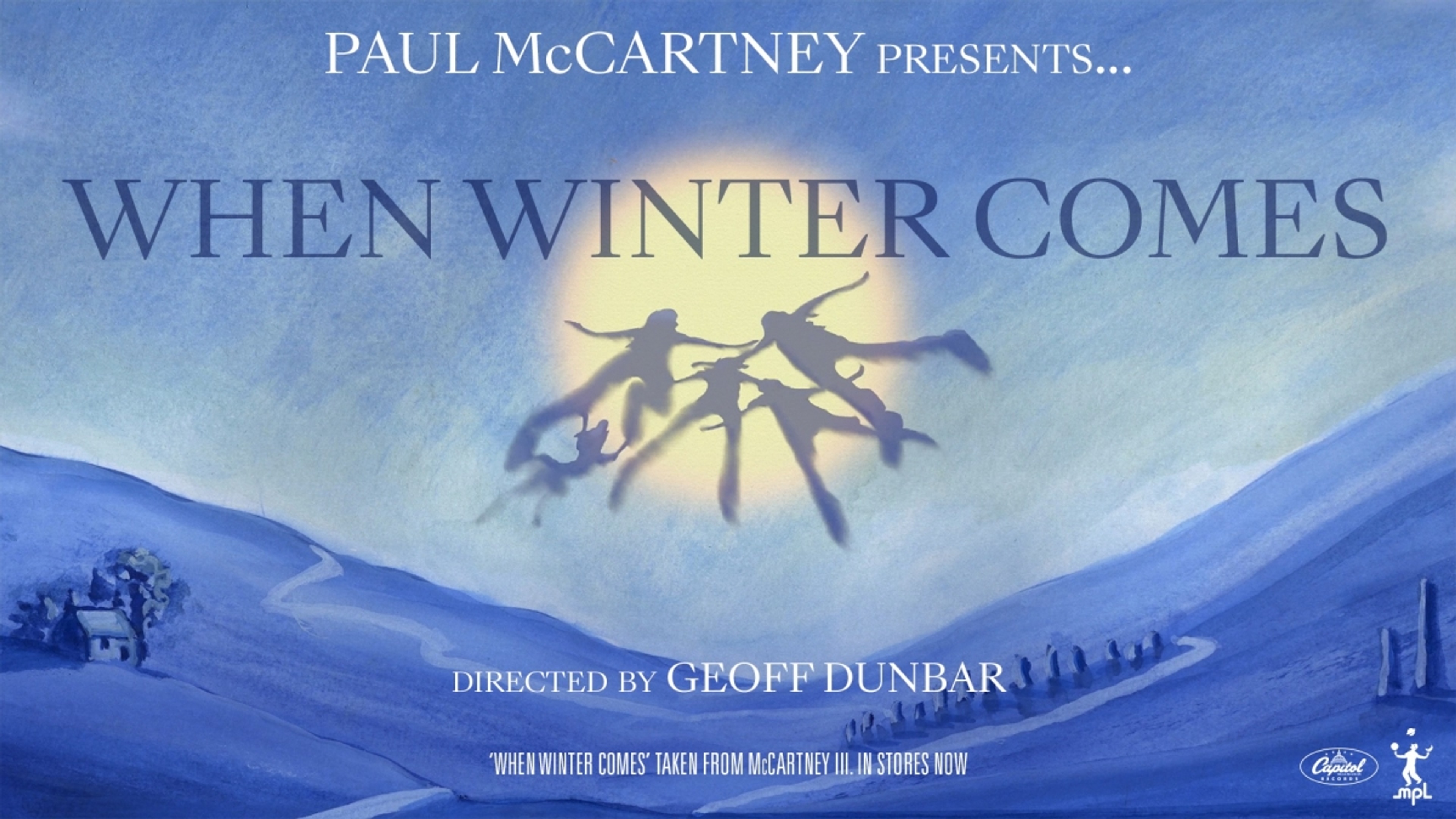 The animated short film for ‘When Winter Comes’ is where McCartney III began. Paul explained during last night’s #TimsTwitterListeningParty:

The great thing for me about this album is that I didn’t know I was actually making an album and it all started with this track really. The music I was working on was for a short animation film about the song ‘When Winter Comes’. I made a record called ‘Calico Skies’ a while ago that George Martin recorded, and at the same time because I was in the studio, I just thought oh wait a minute there’s this other song I’ve just written, so I did ‘When Winter Comes’! This song is kind of an idealistic thing, a hippy existence on a farm, planting trees, mending fences and living the good life which is something I like. I love nature and I love that idea of getting down and getting your hands dirty.

The film adopts a painterly style glimpsing a family readying their farm for winter and highlights the themes of nature, family and home in the song. To create the short animated film, Paul enlisted the help of Rupert and the Frog Song director Geoff Dunbar for a unique hybrid of hand and digitally drawn animation.

Watch a sneak peek of "The Beatles: Get Back"