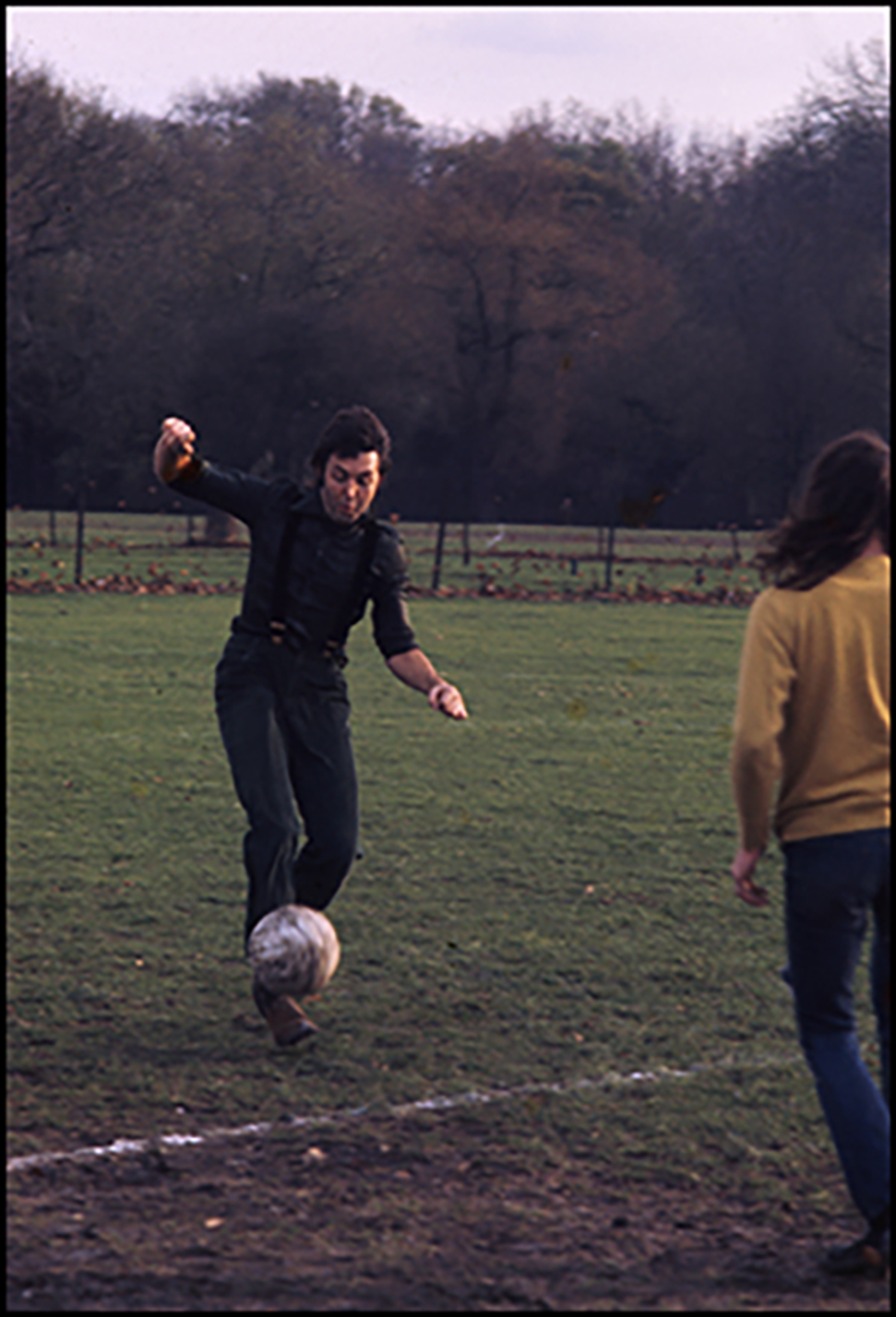 We love that there is no way of getting away from football at the moment. The World Cup is in every bar, pub, newspaper, restaurant, home and public space here in London!

If the “beautiful game" itself doesn’t whip you into a frenzy of excitement, then perhaps the heart-warming moments between the fans might lift your spirits. Hint: Search online for “Fan Spirit World Cup” - it’s one of our favourite things about the whole tournament!

World Cup fever, and sports in general, can sometimes be a little bit like Marmite: either you’re a lover, or not! This got us thinking, which is Paul?

PMc.com: “We’ve been wondering whether or not you are a sports fan? What sports do you like to watch?”

Paul: “I do like to watch sport on TV. I think because my wife Nancy is American, and my first wife Linda was also American, I’ve got into sports I perhaps otherwise wouldn’t have gotten in to. Like American football, basketball. And college basketball, that’s really pretty interesting. But my main interest is watching the athletics, or as the American’s would say: track and field. I like that, that’s really my favourite.

“I also like English football. I like all the big events really! A few weeks ago the Liverpool team played Real Madrid in Kiev, so I was really into that. That was a big match for me, of course, coming from Liverpool. Now the thing is my family are actually Everton supporters because my dad was born in Everton. So we’ve always traditionally been blue. But years ago I met Kenny Dalglish who was first a player and then a manager for the Liverpool team. And he was a bit of a fan and he used to bring the team to a few of our shows, so I got to know him and like him. So I thought, ‘You know what? I’m going to support the Liverpool team as well!’ So it’s sacrilege really because you’re not meant to support both, like Chelsea and Tottenham. But because they are both Liverpool teams and I have allegiances to both, so my football teams would be Everton and Liverpool… or Ever-pool!”
PMc.com: “Do you have a message for the England team for the W­­­­­­­­orld Cup?”
Paul: “Please win the World Cup, England! That would be a bit good. I’ll be crossing my fingers like the rest of us and hoping for the best!”

So, England, if you’re reading this: no pressure! We’re right behind you!

Which team are you cheering for? We’d love to find out so let us know in the comments below…

You Gave Me The Answer - Jake from Surrey Asks...