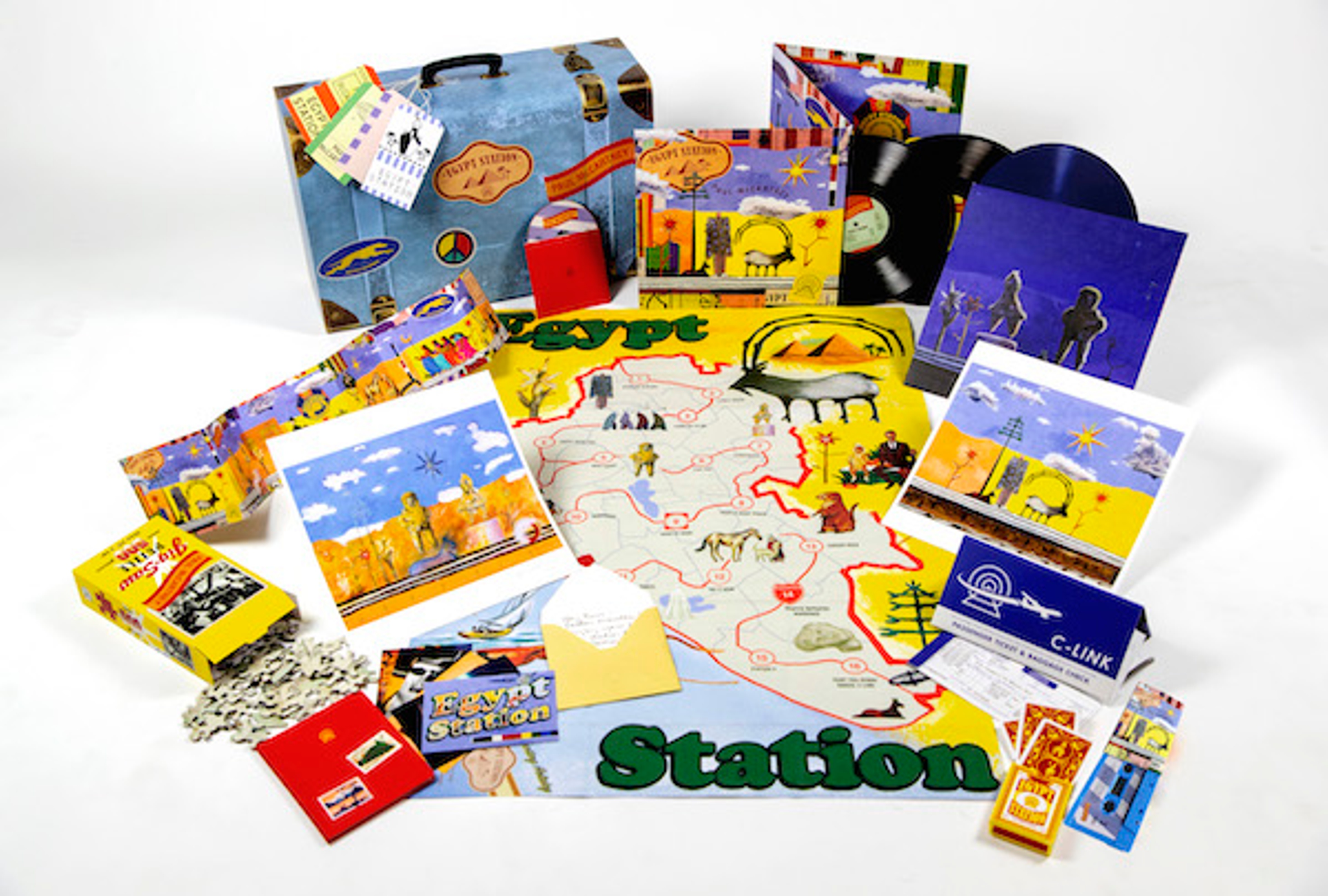 Paul has confirmed the release of the Egypt Station - Traveller’s Edition box set out 10th May via Capitol Records. This strictly limited deluxe edition of the #1 album Egypt Station will be a one-time-only pressing limited to 3,000 numbered cases. The Traveller’s Edition arrives in a vintage style suitcase and contains exclusive previously unreleased tracks, hidden rarities and all the essentials needed on your journey to Egypt Station and beyond.

Fans who sign up HERE by 6pm PT / 9pm ET 14th February | 2am GMT 15th February will be emailed a unique link for access to the pre-order.
Pre-order begins Friday 15th February at 6am PT / 9am ET / 2pm GMT. Due to the limited quantity of this edition, sales will be on a first come, first served basis.

• HD Audio of all tracks upon shipment

• An exclusive copy of a handwritten note from Paul

• And additional hidden surprises and rarities...

Also included:
1. Get Started
2. Nothing For Free
3. Get Enough