For Whom The Bell Tells...Issue 14 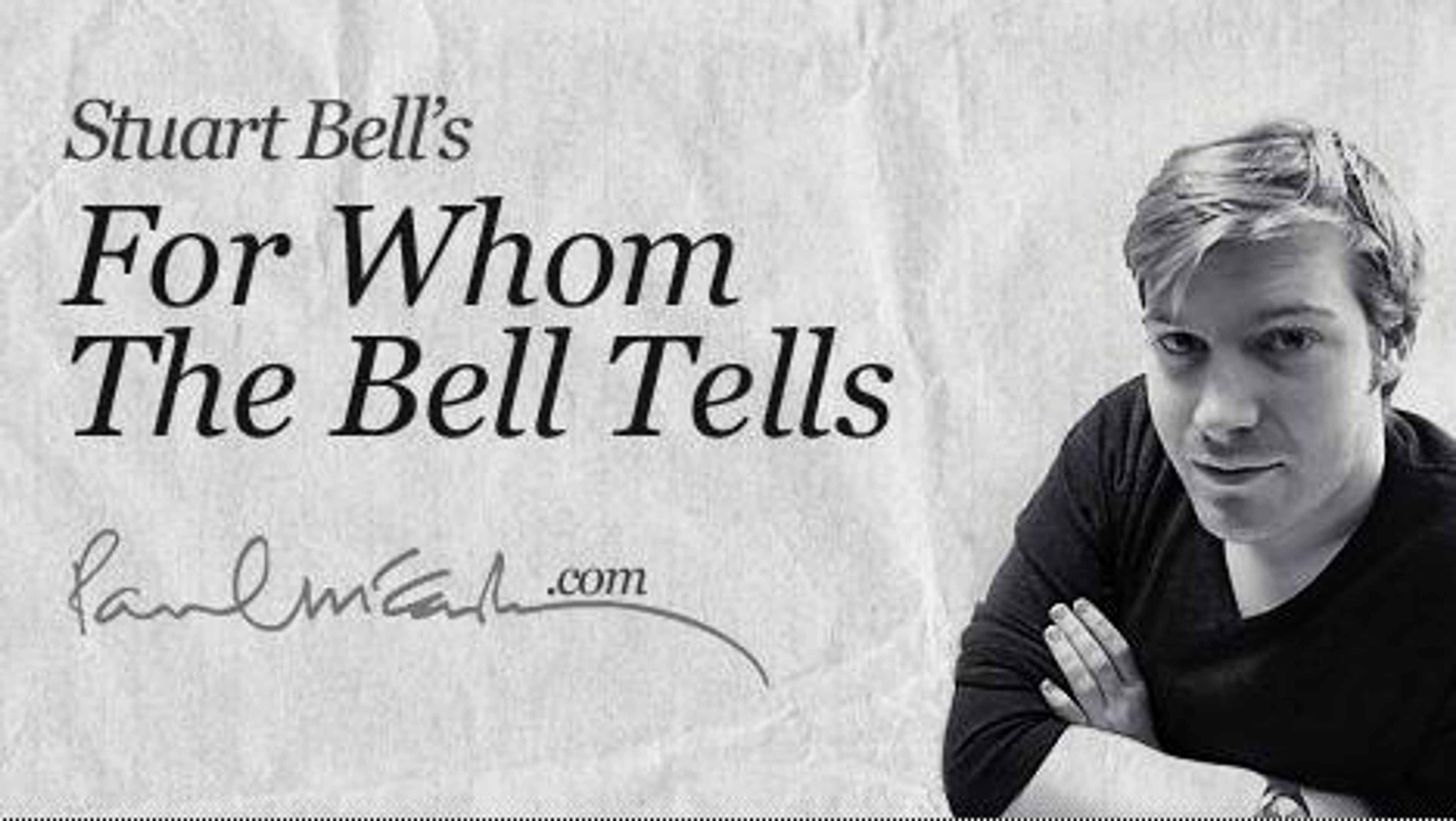 2010 ended on a mega high for all of us in Macca world. The last weekend of live shows was so much fun. The intimacy of the 100 Club Show, the rock n' roll of the Hammersmith Apollo and the homecoming at Liverpools tiny O2 Academy on what must have been the coldest day of the year. Not inside the venue though. As the super excited compact audience left, sweat was literally dropping from the ceiling rock n roll! Anyway we covered all this in the last blog. So what would 2011 hold?

Well just two months in and we are all up and running at full pace. Paul has already crammed in loads. After the non-stop jetsetting whirlwind of last year we were straight back to it. The 2011 press cuttings folder is already bursting at the seams.

Pauls first public appearance of the year caused a stir in the movie world by presenting the Original Music Award at the BAFTAs, held at the Royal Opera House in London. Pauls visit was a total surprise to everyone and the media reported that scenes of Beatlemania hit the red carpet when the man himself arrived. Despite the pouring rain, Paul took considerable time out to say hi to all the astonished waiting fans and sign countless autographs unlike many of the other celebs who were present (no names mentioned!) Pauls presence certainly got everyone talking too. As soon as he set foot on the red carpet, my phone went crazy with texts and calls from waiting journos and TV crews all desperate to grab a minute with the main man.

It wasnt just the media awed by his presence either. Rising star (and Bond girl!) Gemma Arterton gushed to Sky News about how excited she was to spot Paul alongside her on the red carpet and said she was desperately trying to be cool after spying him there. Did I mention shes a Bond girl?

Once inside, presenter Jonathan Ross made a beeline to say hello too as Paul waited in the wings to present the first award of the night while laughing and joking with the shows cast and crew. As Pauls visit was a complete surprise, we snatched time to take a quick backstage pic next to a BAFTA sign to post on Twitter. I was just about to snap the shot when Paul grabbed an unsuspecting ballerina rehearsing in the wings and pulled her into the photo so I hope that answers the question so many of you have asked about who she is! View the photo here

Unbeknownst to Paul as he was handing out an award, he would be winning a couple himself just hours later at Americas most prestigious music awards event. As he made his way home from the BAFTAs aftershow party, he received a text from a friend in LA telling him hed won the award for Best Solo Rock Vocal Performance at the 53rd Annual Grammy Awards. The award was Pauls first solo Grammy in a staggering 39 years and went to the live version of ‚ÄòHelter Skelter from Good Evening New York City, the gold-certified live album of Pauls legendary 2009 shows at New Yorks Citi Field. It was his 14th Grammy, of which ten were Beatle-related. The celebrations continued long into the night. I had a meeting with the surprisingly fresh-faced looking Paul the next day and he joked, Its typical, the one time I dont show up, I win a Grammy! Maybe thats the secret formula!

Following the award shows, Paul headed off to New York where it was announced, following a lot of speculation, that he has been working on a ballet for the New York City Ballet. A ballet! What are we going to get next? Paul certainly isnt scared of a challenge. The new ballet is the first time that Paul has written an original orchestral score for dance and will premiere in September. The New York Times broke the story last week and revealed the love story will be called ‚ÄòOceans Kingdom and have a cast of between 40 and 45. As Paul told us exclusively, the collaboration came about after he met City Ballets ballet master in chief Peter Martins, who will create the choreography.

I have done a few orchestral pieces and really enjoyed working with an orchestra, so at first I used my normal approach, he told us. But then when I started to see more dance and ballet I was influenced by that and started to write more music that I thought would be good to dance to; specifically writing expressive music that dancers could get hold of and do something with - it has been a very exciting process. Trying to write something that expressed an emotion was very interesting - so you have fear, love, anger, sadness to play with and I found that very interesting and challenging but great. I'm really glad I accepted.

We are looking forward to hearing the results, which we are told by well-placed sources is sounding great. Pauls US publicist Steve Martin sent me a text from rehearsals saying, Am at rehearsals now and the music sounds amazing. Not that I know anything about ballet. Good music, however, I am an authority on that!

As if wed expect anything else.

Before we sign off though I wanted to mention a cool little story about a For Whom The Bell Tells regular, Mr Dave Grohl. Dave who has been in London recently to pick up the NME God Like Genius Award, for which Paul gave a surprise video message, has been talking to press in the UK about how he framed some baby clothes that Paul bought for his daughter. Speaking whilst on his visit Dave said, He (Paul) wanted to give my wife and I a gift for our newborn baby. So he brought some baby clothes. We noticed they were from a store thats kinda near where we live, so the next time my wife was in the store she said, Paul McCartney ordered some stuff from this store. And the guy was like, No, no, no, Paul came in and picked it out by himself! So our kids not allowed to wear these clothes, ever! Weve framed them, shes not getting them!

2011 is clearly going to be another exciting year. I can guarantee there will be more exciting news to come in our next blog. In the meantime stay tuned in to PM.com and our twitter for more updates.