Paul Is Getting 'Out There' In Boston, USA 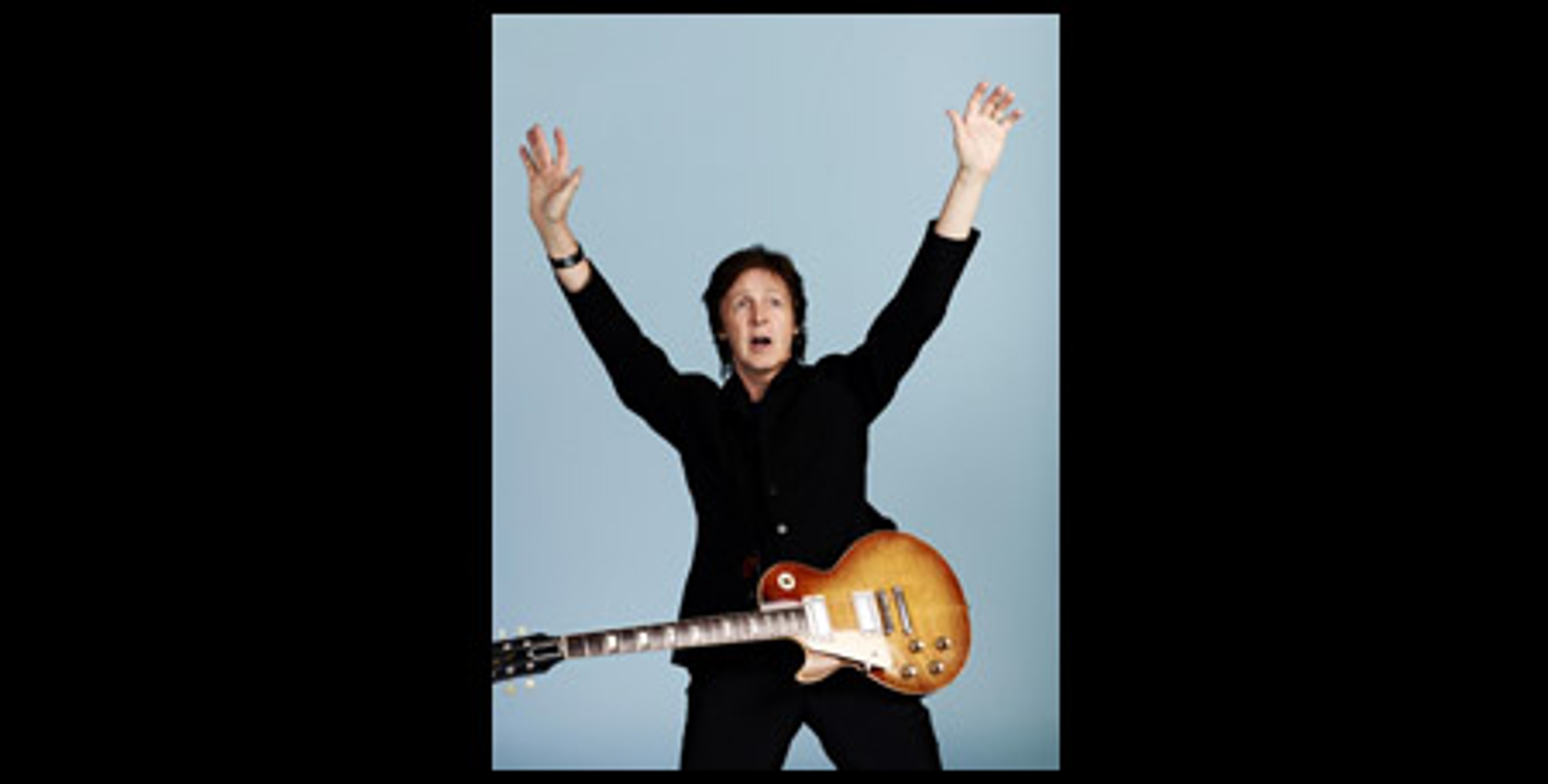 PAUL McCARTNEY CONFIRMS FIRST U.S. DATE OF 2013 "OUT THERE" WORLD TOUR ONE NIGHT ONLY RETURN TO FENWAY PARK

Tickets For July 9 Boston Show On Sale Friday, April 5 at 10 a.m. at livenation.com or redsox.com

Paul McCartney has announced the date and location of the first confirmed U.S. date of his all new 2013 "Out There" tour:

On Tuesday, July 9, Paul will play Boston's Fenway Park, returning by popular demand for the first time since his August 5 & 6, 2009 shows set the record for the highest ever two-day concert attendance in the history of the storied ballpark.

Tickets to Paul McCartney's historic return to Fenway will be on sale beginning Friday, April 5 at 10 a.m. at livenation.com or redsox.com. American Express® Cardmembers can purchase tickets before the general public beginning Tuesday, April 2 at 10 a.m. through Thursday, April 4 at 10 p.m.. All times Eastern Standard Time.

Registered fans of PaulMcCartney.com are advised to keep checking the website for details of the website pre-sale. Fans who are not already registered with the site can do so HERE!

As ever, Paul McCartney's "Out There" tour will feature hours of material from the most beloved catalog in popular music, with Paul performing songs spanning his entire career -- as a solo artist, member of Wings and of course The Beatles.

The McCartney live experience is a once in a lifetime opportunity. For approximately three hours, many of the greatest moments of the last 50 years of musical history -- not to mention the soundtracks of entire lives -- are magically brought to life as only Paul can do. Last year marked 40 years since Paul's premiere tour as a solo artist and these past four decades have seen him play in a staggeringly impressive range of venues and locations, including outside the Coliseum in Rome, in Moscow’s Red Square, at the White House, a free show in Mexico to over 400,000 people and even a performance beamed into outer space! Having played with his peerless band of Paul ‘Wix’ Wickens (keyboards), Rusty Anderson (guitar), Abe Laboriel Jr. (drums) and Brian Ray (bass / guitar) for over ten years, Paul never disappoints -- as The Boston Globe agreed in 2009, hailing the show as "a nearly flawless performance that played heavily to favorites while allowing him to stretch out as an artist who is obviously still vital and relevant."

Paul is throwing himself into 2013 with full force following yet another landmark year in 2012, which saw him conclude his record-breaking "On The Run" tour, release his Grammy-winning 'Kisses On The Bottom' album, accept a star on the Hollywood Walk of Fame, play at both the Diamond Jubilee and Olympics Opening Ceremony, be named MusiCares Person of the Year, and headline 12-12-12 The Concert For Sandy Relief -- to highlight just a few memorable moments. With the "Out There'" tour and a new studio album in the works, it looks like 2013 will show no signs of Paul slowing down.

The "Out There" tour will see Paul and his band travel the world throughout the year, visiting both places of historical significance to Paul and new spots for the very first time. Further announcements and dates will be added in the coming weeks.

Stay tuned to www.PaulMcCartney.com for official news and updates.

UPDATED: Tickets On Sale Now! Verona Date Confirmed For 'Out There!' Tour

UPDATED: Pre-Sale Ticket Links / Paul Is Getting 'Out There!' In Brazil!

UPDATED: TICKETS ON SALE NOW! Paul McCartney Is Getting 'Out There!'