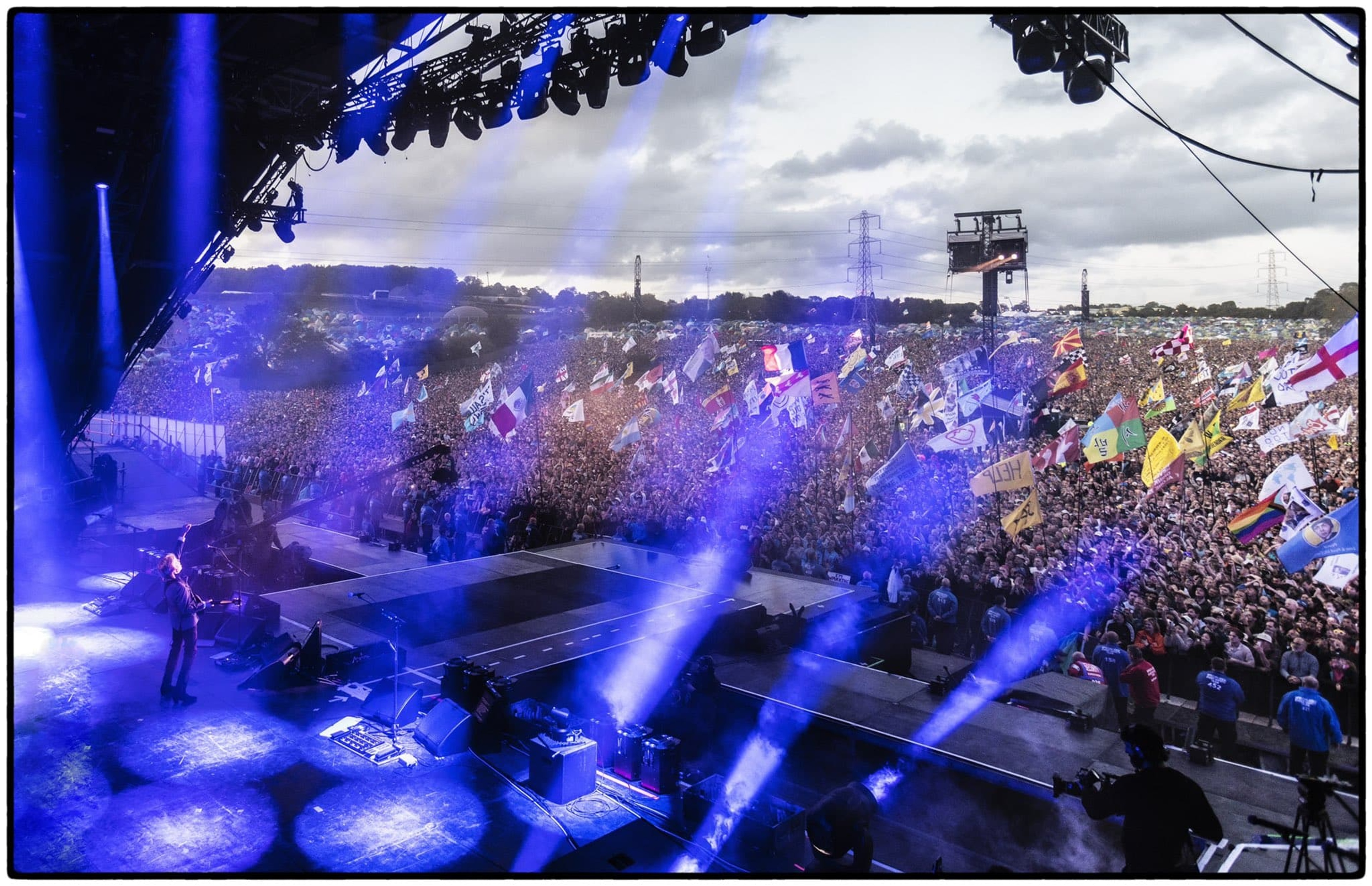 In a night that will go down in history, Paul stormed the Pyramid Stage at Glastonbury Festival, playing a three hour set crammed with hits from his 60 year career.

Highlights included a triumphant opening of ‘Can’t Buy Me Love’, an emotional rendition of ‘Blackbird’, a romantic ‘My Valentine’ which Paul dedicated to Nancy, beautiful tributes to John Lennon and George Harrison, and a mass singalong to ‘Hey Jude’ which had a crowd over 100,000 people joining in with the ‘Na-na-na’s’. And the excitement reached fever-pitch after 'Get Back’ when Paul introduced a 'West Coast' friend to the stage: none other than Dave Grohl, who duetted with Paul on 'I Saw Her Standing There' and 'Band On The Run'. The surprises kept coming after Dave left the stage, when Paul introduced his 'East Coast' friend Bruce Springsteen, who launched into a roaring ‘Glory Days’ followed by ‘I Wanna Be Your Man’.

In an incredible twist of fate, last night’s show was Paul and the band’s 500th show together. Paul ‘Wix’ Wickens, Rusty Anderson, Brian Ray and Abe Laboriel Jr. have joined Paul on stage for over 20 years, with their first performance together taking place back in 2002. What a way to mark their anniversary!

And believe it or not, this was Paul’s second show in Somerset this week – he played a warm-up show on Friday night at The Cheese & Grain in Frome, an intimate venue that housed 600 lucky fans. The show was announced by the venue 24 hours beforehand, with tickets available on a first-come, first-served basis from the box office. It’s fair to say that Frome was in a frenzy, with queues snaking away from the venue and into the town centre. The show itself? Loud, close, and electric.

Paul’s Glastonbury 2022 performance was broadcast on BBC 1, and is available BBC iPlayer in the UK, with highlights and clips on the BBC Music's YouTube channel.

How to have the ultimate Glastonbury watch party