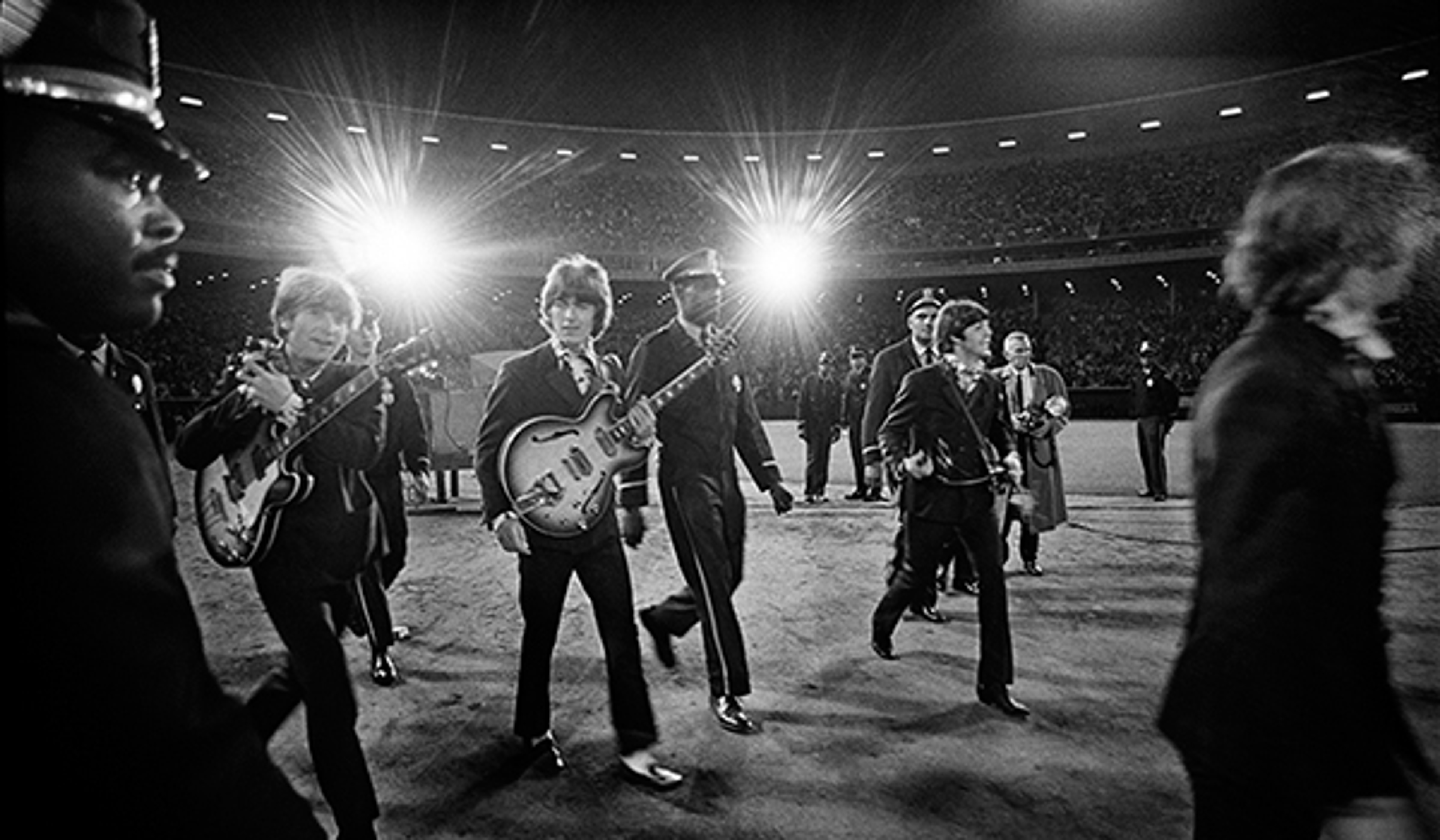 Paul McCartney took the crowd of 50,000 at San Francisco’s Candlestick Park on a magical mystery tour back through time at tonight’s historic 'Farewell To Candlestick: The Final Concert'.

During a rarely performed rendition of Little Richard's 'Long Tall Sally' — the last song to be performed in its entirety at The Beatles’ August 29, 1966 final concert at the same venue — the crowd was transported back to that very same night courtesy of a collection of previously unreleased photographs by the late Jim Marshall.

The only photographer to be granted unfettered access to photograph The Beatles’ last ever concert, Marshall’s images were granted this exclusive usage by Paul for his bittersweet goodbye to this iconic ballpark. The images will next be viewable by the general public with the October 14 release of a new book on Marshall’s work The Haight: Love, Rock and Revolution (Insight Editions). The Haight... is currently available for pre-order at Amazon.com.

Jim Marshall is world-renowned as the pioneer of rock-and-roll photography. A principal photographer at Woodstock, and the only photographer allowed backstage at The Beatles' last concert, he immortalized artists such as the Grateful Dead, Janis Joplin, Jimi Hendrix and Jefferson Airplane before they became household names. His tools of the trade were a manual Leica camera and unlimited access to the artists. This allowed Marshall to capture some of the most iconic images in music history, and In 2014 Marshall became the first photographer ever to receive the GRAMMY Trustees Award for his body of work.  Marshall passed away in 2010, and gave his iconic and inspired archive to his long-time assistant and friend Amelia Davis, who keeps Marshall's legacy alive and thriving.

'Farewell To Candlestick: The Final Concert' is the latest sold out stop on Paul’s current 'Out There' tour. As always, the marathon 'Out There' sets feature music from the most beloved catalog in popular music, as Paul performs songs spanning his entire career - as a solo artist, member of Wings and of course as a Beatle. The McCartney live experience is a once in a lifetime opportunity; in just three hours some of the greatest moments from the last 50 years of music are relived; the very soundtrack of so many of our lives. The last decade has seen Paul and his band perform in a staggeringly impressive range of venues and locations, including outside the Coliseum in Rome, in Moscow's Red Square, Buckingham Palace, the White House, a free show in Mexico to over 400,000 people, and even a live broadcast into Space. The tour resumes September 28 at Petco Park in San Diego.

Image Of The Day: Paul And Liam Gallagher At Beatles Film Screening