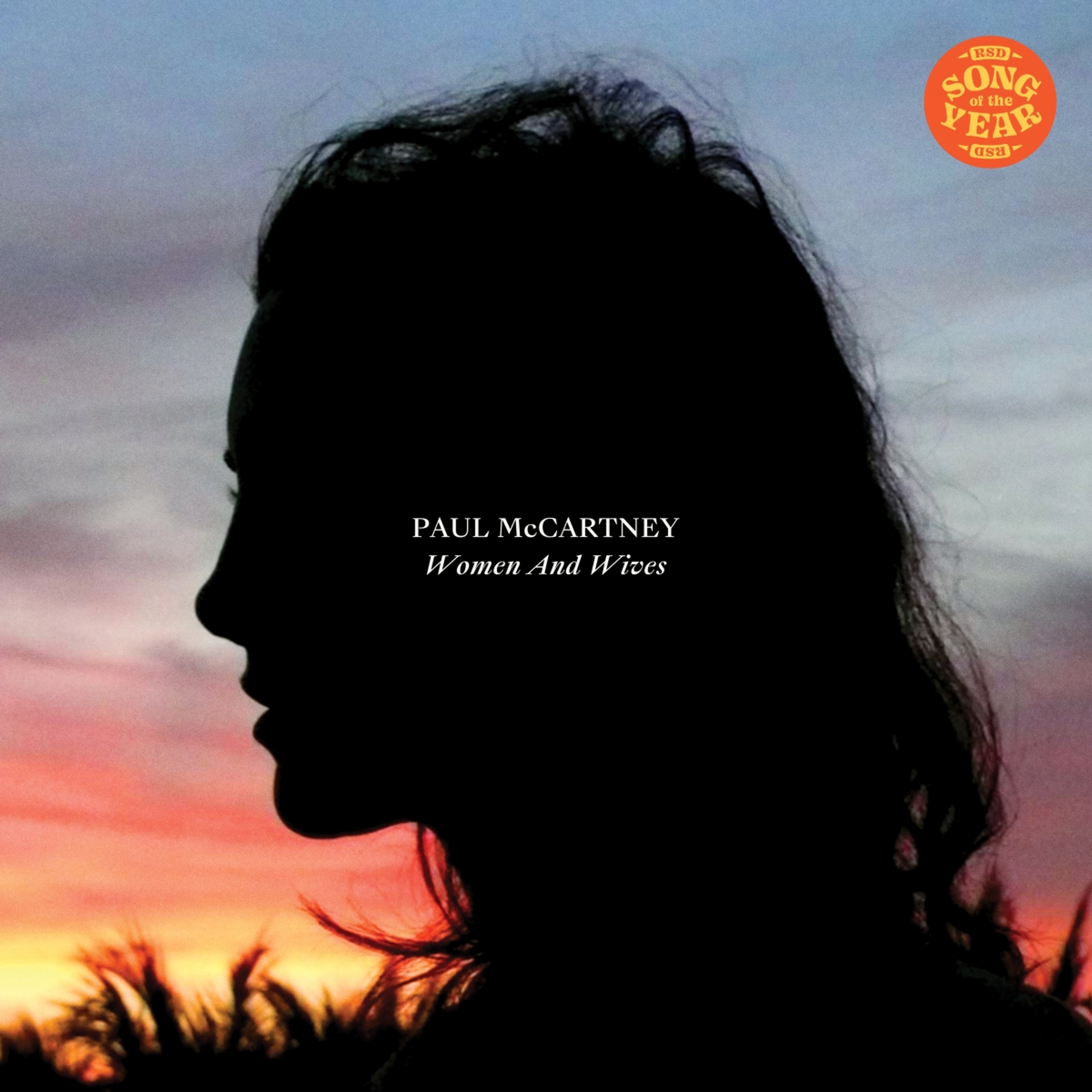 Paul’s original version on Side One and previous RSD US Ambassador St. Vincent’s remix on Side Two

McCartney’s original version of 'Women And Wives' was recorded in ‘Rockdown’, for his chart topping McCartney III album. Written by McCartney after reading the biography of legendary blues singer Huddie “Leadbelly” Ledbetter and recorded with Elvis Presley’s bassist Bill Black’s very own upright bass, it is an easy pick as Record Store Day’s inaugural Song of the Year.

Says Michael Kurtz, Record Store Day co-founder, “I was driving down a Montana highway one sunny, snowy morning when St. Vincent’s imagined version of 'Women And Wives' came on Sirius Radio. I was stunned by the song’s message of chasing the future. When St. Vincent’s Jeff Beck-like guitar solo arrived at the end, I got goosebumps. This is a classic McCartney song, up there with some of his best. Record Store Day is thrilled that we can celebrate 'Women And Wives'as our Song of the Year with a side-by-side 12” record, old school style.”

Record Store Day’s 'Women And Wives' Song of The Year release will feature Paul McCartney’s original version on Side One and St. Vincent’s imagined/remix of the song, from the McCartney III Imagined album on Side Two. Limited to a total quantity of 3000 worldwide, coming for the June 18th RSD Drop.

Find out more about the 15th annual Record Store Day (April 23), the June 18 RSD Drop and the first Global RSD Ambassador at recordstoreday.com.