Sticking Out Of My Back Pocket: ‘Eat At Home' 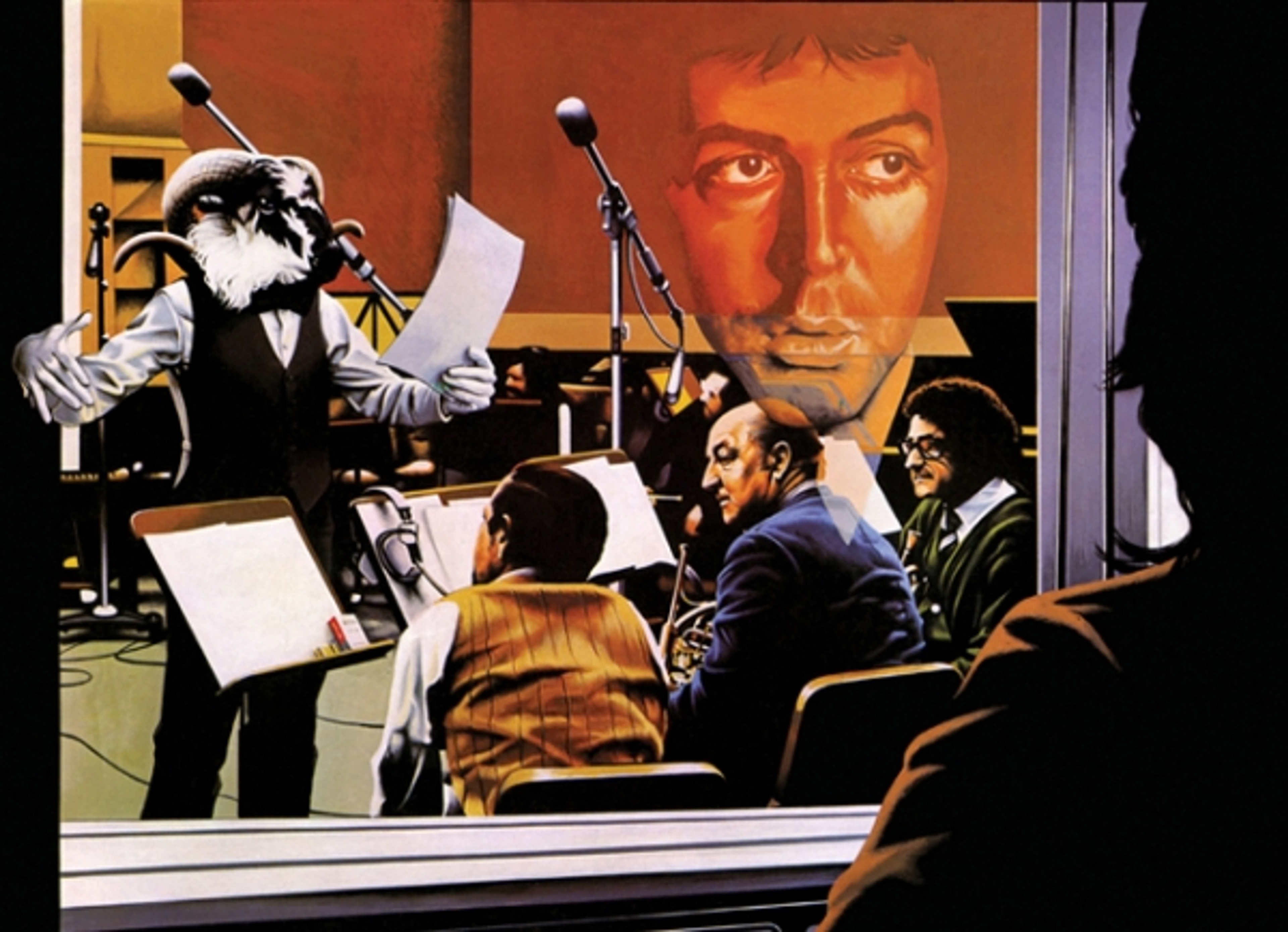 Sticking Out Of My Back Pocket: 'Eat At Home'

The story of ‘Eat At Home’ has had a fun telling, starting off life as a co-written track on Paul and Linda McCartney’s RAM album. Shortly afterwards, as Wings were forming, the band took a rawer version of the song out on the road with them as part of their impromptu tour of UK universities and then shortly afterwards with ‘Wings Over Europe’, traversing the continent courtesy of their psychedelically painted bus. A few years later and it was turned into a reggae-infused instrumental by Percy “Thrills” Thrillington, whose album has recently been reissued on vinyl.

The original version of ‘Eat At Home’ was recorded for the 1971 album RAM. A rocker that recalls Buddy Holly with hints of Scotty Moore on the guitar and Carl Perkins finger-picking, Paul sings lead with Linda adding back up. A literal reading of the song’s lyrics reveals a paean to the joys of eating at home and in bed (who doesn’t like a lazy night in?).

But the version under the microscope here is its reimagining as a dancehall, sun-kissed brass skank. Percy Thrillngton’s horns sit alongside a Booker T. style organ and, well with the percussion - you can almost smell the rum and coconuts!

The Percy “Thrills” Thrillington album was recorded in 1973 with arrangements by Richard Hewson, who had recently worked with Paul on tracks such as ‘Dear Friend’ and ‘My Love’. Although Percy’s debut was recorded in the early 70s, he would have to wait until 1977 for it to see the light of day, announcing his day-to-day activities via the London Evening Standard newspaper.

On 18th May, Paul will release four 2018 edition catalogue reissues via MPL/Capitol:
NEW, Chaos and Creation in the Backyard, Wings Greatest and Thrillington.

All four titles will be issued in affordable single CD digipak and 180gram black vinyl single LP formats and will be made available for the first time in limited edition 180gram color vinyl pressings. All vinyl LPs will include a download card.

The titles and corresponding limited edition vinyl colours are as follows:

Sticking Out Of My Back Pocket: ‘With A Little Luck'