The Beatles' 1 Video Collection - Out Now 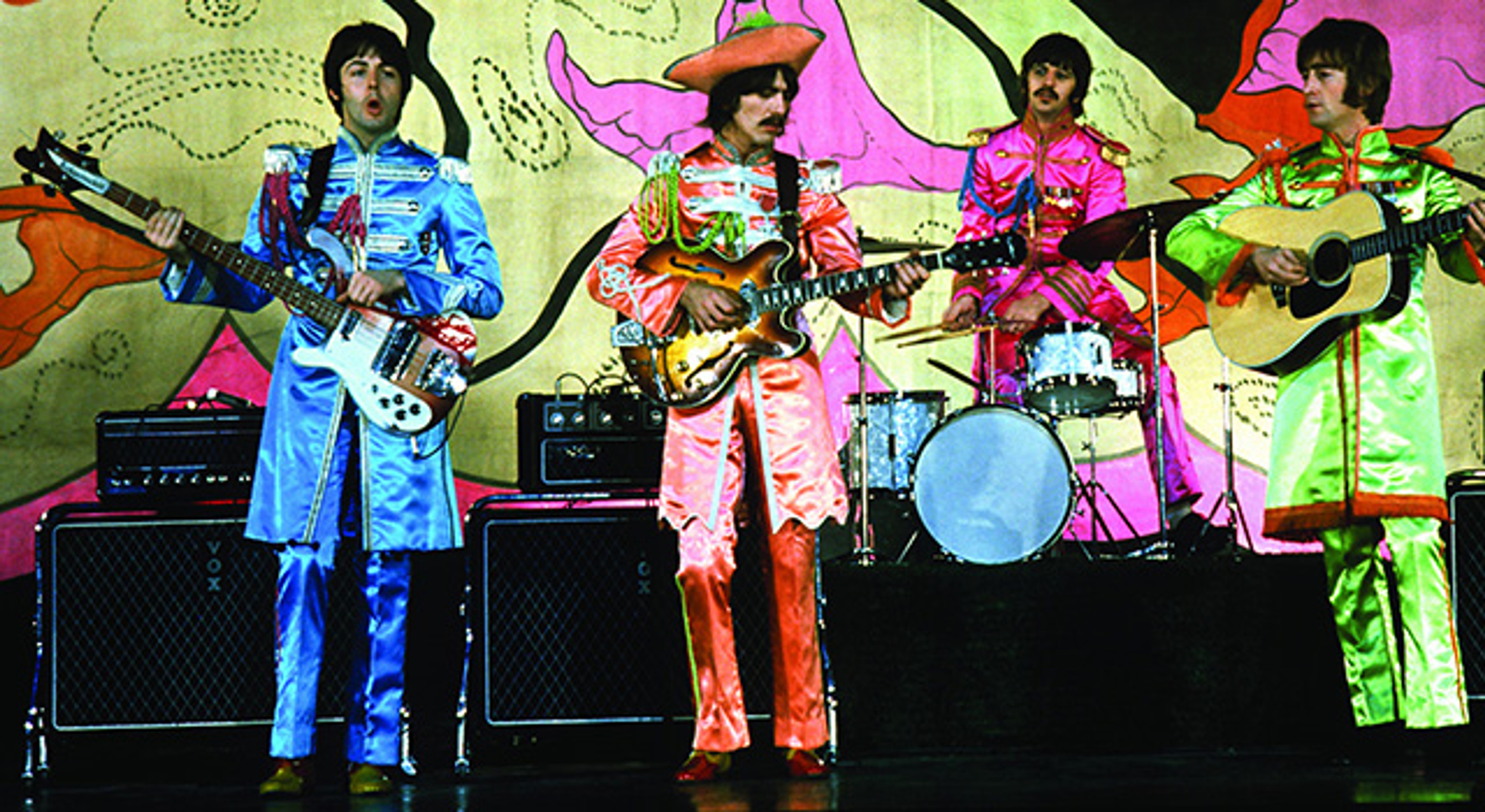 Get The Beatles 1 at your local music store or online at the below links:

After The Beatles stopped touring, and because travelling around the globe to promote new releases was impossible, the band increasingly made what could be described as “mini movies”. These pioneering promotional films and videos helped to define the way we have come to watch music, not least because The Beatles approached filming with the same ease and innovative spirit they brought to the recording studio, exploring new creative possibilities with infectious delight. Showcasing the band’s filmed work to accompany their 27 No.1, U.K. and U.S. singles, The Beatles 1 is newly restored and expanded in multiple configurations for global release on November 6 by Apple Corps Ltd/UMG.

The 27-track CD/DVD and CD/Blu-ray pairs beautifully restored videos for each song, with new stereo and 5.1 Dolby Digital and DTS HD surround audio mixes. The brand new Beatles 1+ celebrates their career in over 200 minutes through 50 promotional films and videos. This includes the 27 No.1s, with the restored videos, along with a second disc of 23 videos, including alternate versions, as well as rarely seen and newly restored films and videos; all include new audio mixes in deluxe CD/2-DVD and CD/2-Blu-ray packages. The 27-track audio CD is also being made available with new stereo mixes. A 2 LP, 180-gram vinyl package will follow.

The new editions of The Beatles 1 have been made possible following extensive research, and restoration of the original promo films, classic television appearances and other carefully selected videos spanning the band’s history. Apple Corps dug deep into The Beatles’ vaults to select a broad range of films and videos for their rarity, historical significance and quality of performance. An 18-person team of film and video technicians and restoration artists was assembled by Apple Corps to undertake painstaking frame-by-frame cleaning, colour-grading, digital enhancement and new edits that took months of dedicated, ‘round-the-clock work to accomplish.

The result is a visual run down of The Beatles’ number one records, as well as the additional tracks on the bonus disc of Beatles 1+ that show the band in previously unseen standards of clarity and quality; many of the films and videos have never before been commercially released, in whole or in part.

Beatles 1 and Beatles 1+ offers the restored films, including 35mm negatives scanned in 4K and digitally restored with new stereo and 5.1 surround audio remixes, produced from the original analogue tapes by the GRAMMY® winning team of Giles Martin with Sam Okell at Abbey Road Studios. For four of the videos, Paul McCartney and Ringo Starr have provided exclusive audio commentary and filmed introductions, respectively. The 1+ Deluxe Edition, presented in an expanded 124-page illustrated hardcover book includes ‘an appreciation’ of The Beatles’ ground-breaking films and videos by music journalist and author Mark Ellen and extensive, detailed track/video annotation by music historian and author Richard Havers.

“These videos and films are spectacular reminders of the era we lived in. They also rock!” – Paul McCartney

"I think it’s really interesting to see the videos we made, some of them incredible and some of them really incredible.  How else would we have got to sit on a horse?" – Ringo Starr

Between 1962 and 1970, The Beatles released 27 No.1 hit singles in the U.S. and the U.K. In 2000, these timeless songs were collected for The Beatles 1, which topped the charts in 35 countries and became that decade’s bestselling album worldwide. 15 years later, 1 is revisited for this entirely new, visually-inspired presentation.

It’s The Beatles, as you’ve never seen them before.