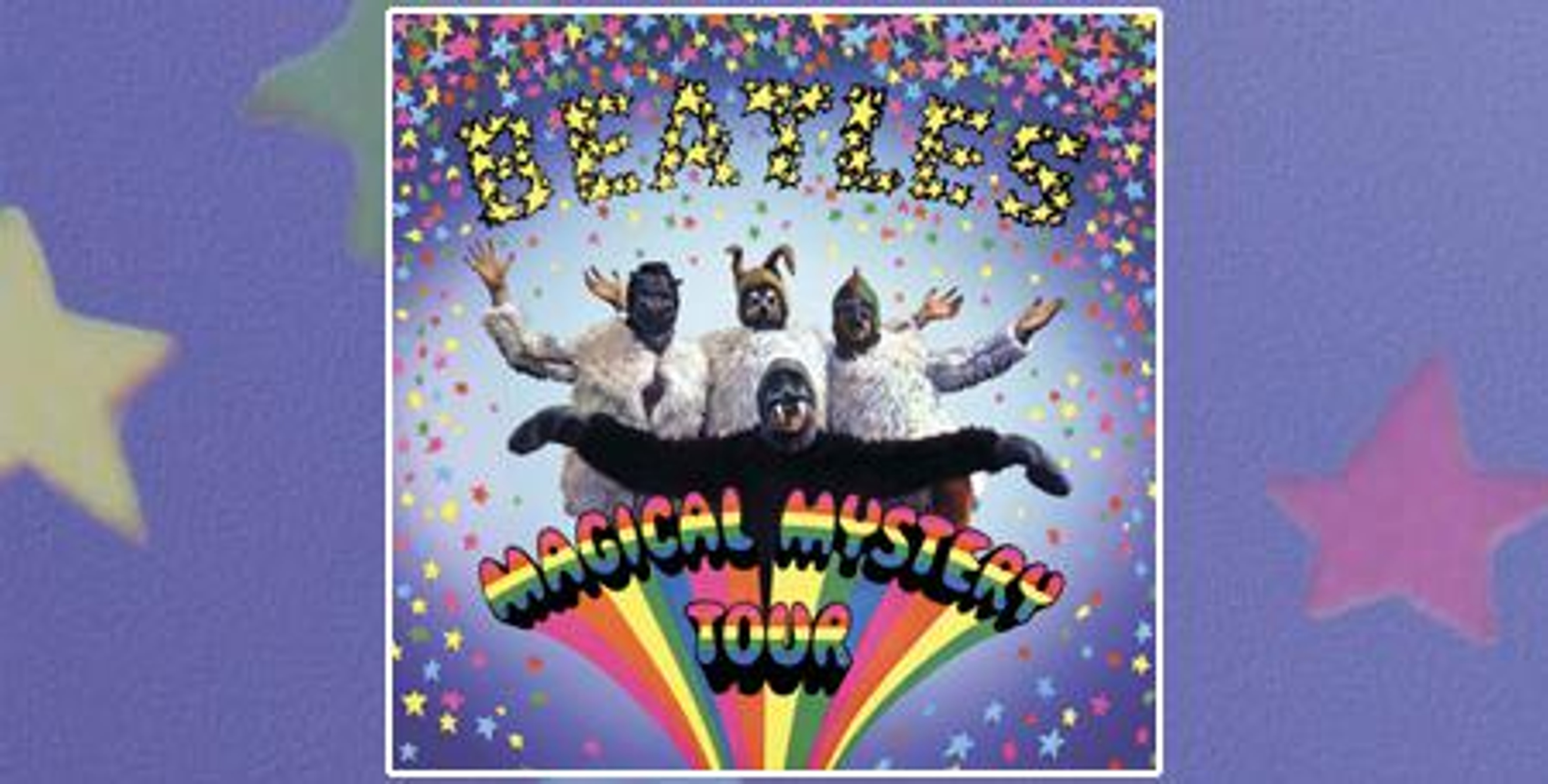 Get your copy of The Beatles 'Magical Mystery Tour' now on DVD and Blu-ray from the band's official store HERE! or download from iTunes HERE!

In 1967, in the wake of the extraordinary impact of the 'Sgt. Pepper’s Lonely Hearts Club Band' album and the ‘Our World’ satellite broadcast of 'All You Need Is Love', The Beatles devised, wrote and directed their third film, 'Magical Mystery Tour', a dreamlike story of a coach day trip to the seaside.

'Magical Mystery Tour' will be available in DVD and Blu-ray packages, and in a special 10”x10” boxed deluxe edition. The deluxe edition includes both the DVD and Blu-ray, as well as a 60-page book with background information, photographs and documentation from the production, and a faithful reproduction of the mono double 7” vinyl EP of the film’s six new Beatles songs, originally issued in the UK to complement the film’s 1967 release.

All of the packages contain a host of special features, packed with unseen footage. There are newly-filmed interviews with Paul McCartney, Ringo Starr, and other members of the film’s cast and crew, as well as a director’s audio commentary recorded by Paul.

In September 1967, The Beatles loaded a film crew onto a bus along with friends, family and cast and headed west on the A30 out of London to make their third film, this time conceived and directed by The Beatles themselves.

“Paul said ‘Look I’ve got this idea’ and we said ‘great!’ and all he had was this circle and a little dot on the top – that’s where we started,” explains Ringo. “It wasn’t the kind of thing where you could say, ‘Ladies and gentlemen, what you are about to see is the product of our imaginations and believe me, at this point they are quite vivid,’” says Paul. The film follows a loose narrative and showcased six new songs: 'Magical Mystery Tour', 'The Fool On The Hill', 'I Am The Walrus', 'Flying', 'Blue Jay Way', and 'Your Mother Should Know'.

The restoration of 'Magical Mystery Tour' has been overseen by Paul Rutan Jr. of Eque Inc., the same company that handled the much acclaimed restoration of 'Yellow Submarine'. The soundtrack work was done at Abbey Road Studios by Giles Martin and Sam Okell.

For more information on the release and to order your copy head over to TheBeatles.com