You Gave Me The Answer - Answering your ‘McCartney III’ questions 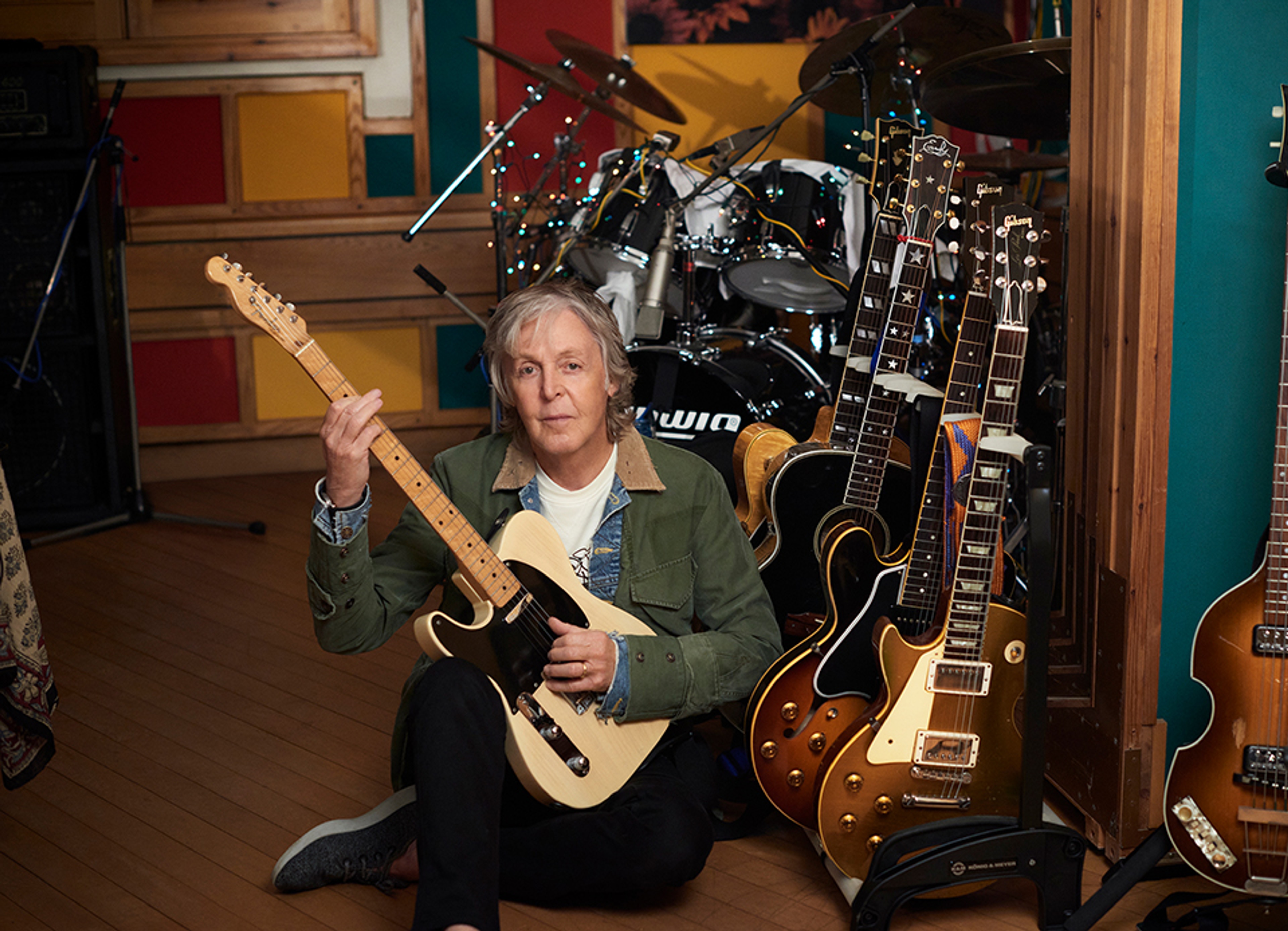 If you’re anything like us here at PaulMcCartney.com, you’ve been listening to McCartney III on repeat since its release on December 18th! By now we’ve all got our favourites, from the crazy riffs on ‘Slidin’’ to the cool tape loops on ‘Find My Way’, from the peaceful chorus on ‘When Winter Comes’ to the eight minute long full-body experience that is ‘Deep Deep Feeling’.

The love for McCartney III has been clear to see on social media, with so many fans sharing their reaction to the album. There have been cover versions, song rankings, beautiful pieces of fan art, memes and more! So, for the final ‘You Gave Me The Answer’ website Q&A of the year, we thought we would hand over the mic entirely to you, the fans, to ask Paul your own McCartney III questions.

No, I didn’t plan to have an album and McCartney III happened purely by chance! In lockdown I was able to go into my studio and complete some tracks that I had previously not had time to finish. I realised when I finished that I had played all the instruments on this album, so it became McCartney III_._

What is the best part about creating an album on your own? Beatlxsdarling via Twitter

With this album I had the freedom to do anything I wanted. I could be experimental or lyrical, and I had a lot of fun. It’s a great way to create.

What is the most interesting instrument you played on the album? Daisy via Twitter

I think the most interesting was the Brunel tape machine I used to create the tape loops. I also played the harpsichord, which is pretty cool.

What song on the new album is the most experimental and why? The Techno Man via Twitter

I think Deep Deep Feeling is pretty experimental. I didn’t have any limits on the length of the track, or where I could go and what I could do with it.

Which song gave you the most trouble while recording McCartney III? Yanka via Twitter

I don’t think any of them caused me much trouble! If I had to pick, I’d probably say the most exposed song was The Kiss of Venus. But it was still fun to do.

You had Taylor Swift’s fans in mind when you wrote ‘Who Cares’. Did you have any other musicians or people in mind when writing the songs on McCartney III? Isaac via Twitter

With certain songs like ‘Find My Way’ I imagined people going through difficulties during Covid, and tried to help by giving what I think was good advice in the song. And with the love songs I think of Nancy.

What inspired the cover art by Ed Ruscha? Jaime via Twitter

I knew that I wanted to have the word ‘McCartney’ and I knew I wanted the number ‘3’ on the dice, and when I thought about the lettering I immediately thought of Ed and his famous lettering style. I rang him and explained this, and he was very interested even though he was busy preparing for a big exhibition in New York. So, he worked on it with the people in his studio and made the cover art for me.

What’s your favourite song on the three McCartney albums and why? Alva via Instagram

I know you love Jamerson as a bass influence, but what about drummers? Timmy Sean via Twitter

My favourite drummers have always been Ringo Starr, John Bonham and Keith Moon, but these days I would have to add Abe Laboriel Jnr to the list.

Of all your songs, what’s your usual go-to one to start your day and warm up on the piano? George via Twitter

The one I seem to go to most when I am banging down on the piano is ‘Lady Madonna’.

And with that, we’re off to give the album another spin! To get even more of an insight into McCartney III, check out Paul’s recent Reddit AMA (Ask Me Anything), and, if you missed it the first time round, replay the McCartney III #TimsTwitterListeningParty and read Paul’s thoughts on the album, track by track.

McCartney III is available to stream or buy now. Click here to get your copy!

Watch a sneak peek of "The Beatles: Get Back"