You Gave Me the Answer - Got Back Special 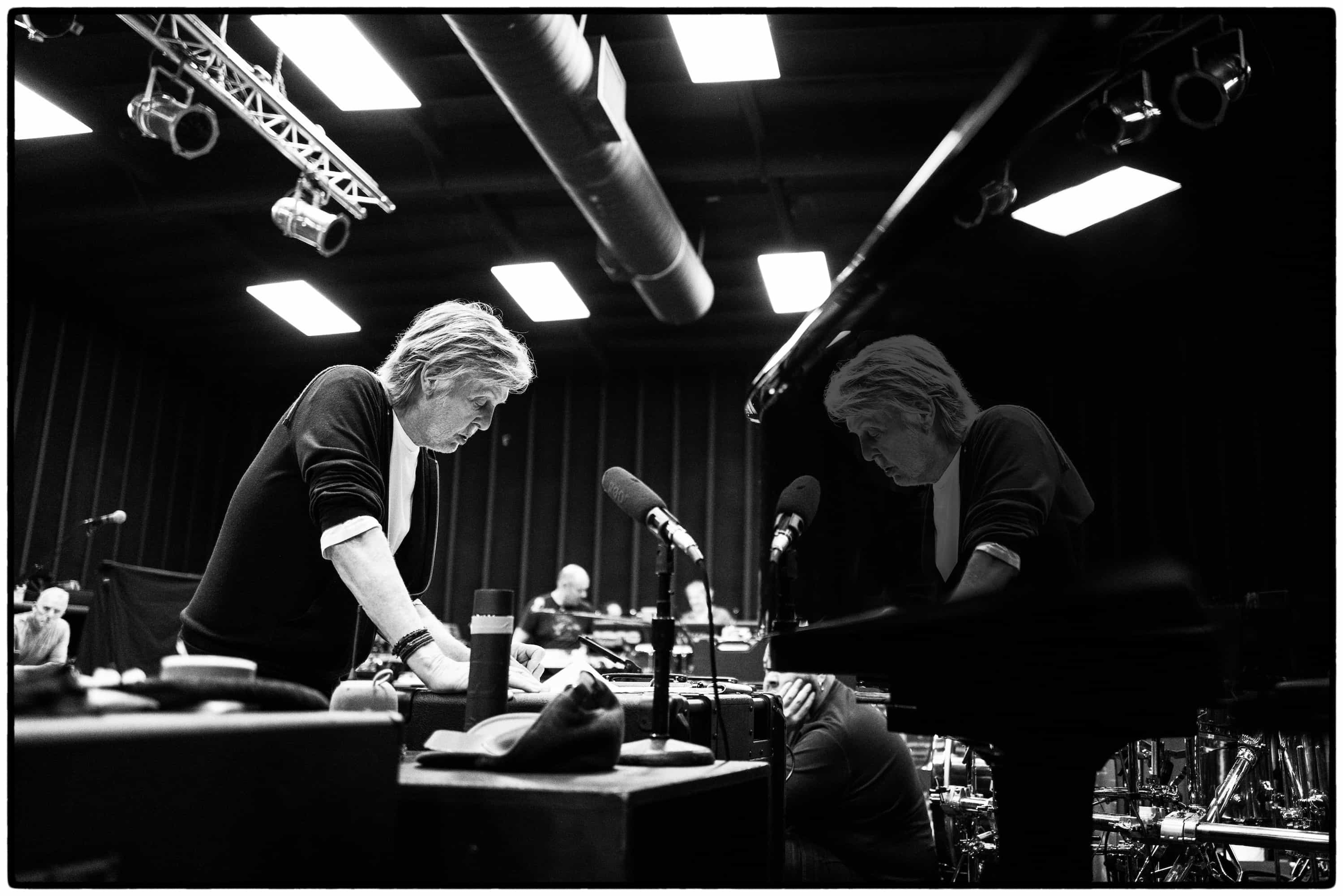 The GOT BACK tour is officially underway! After an almost three-year hiatus Paul and the band are back out on the road, visiting 13 cities in the US before heading back to the UK for a mega headline appearance at Glastonbury Festival.

But with so many live shows under his belt (we’ve tried counting and let’s just say it’s in the thousands…) and with so many songs to choose from, how on earth does Paul choose which songs to play and which to leave on the rehearsal room floor? And of course, since the Freshen Up! tour in 2019 we have a whole new album to think of, with the 2020 hit record McCartney III. Will we see any tracks from that solo album played with a band for the first time?

With the first two shows behind us we’re sure many of you have peeped at the setlist or seen videos of the songs that appear, or perhaps you even witnessed them at the shows themselves (spoiler: the Beatles’ song that inspired the tour name makes an appearance!). We caught up with Paul as he was going into rehearsals and still deciding the setlist, and asked just how he does it…

PaulMcCartney.com: This question is from @mysweetpaul on Twitter. “McCartney III has been a hit in 2020 and 2021, which led to two Grammy nominations, how do you feel about that? Will you do a live show singing ‘Find My Way’ for the first time? If so, we’ll be sooo excited!”

Paul: I’m now just starting to think about that. Last time we rehearsed we worked up ‘Women and Wives’, so hopefully we’ll include that in the tour. The trouble with that though, is there’s always the eternal dilemma of what do you take out, knowing the audiences really want to hear the hits so you’ve got to balance it very carefully. You’re taking out something they know very well and putting in something they don’t necessarily know, and I’m always dreading that’s the signal for them to go get a beer. It’s actually a recurring dream of mine: I’m playing and people start walking out, and I’m trying to think of a song that will get them back – “do ‘Long Tall Sally’ - quick!” – but they keep walking – “let’s do ‘Yesterday’!” – it’s typical performer’s insecurities.

I’d like to do a whole show of new songs but that’s for the anoraks in the crowd, that’s for the deep fans. Most of the people who come and see me, who have paid good money, have brought their mums and dads, who have travelled a distance… I’m not so sure they wanna hear the deep cuts. I think they want Beatles stuff mainly, Wings stuff, and maybe some of the new stuff. I force some of the new stuff on them. I know which ones people like because you can see it all light up, all the phones recording… when you say you want to do a new one it’s like a black hole!

PM.com: How is it re-interpreting a song like ‘Women and Wives’ with the band when the McCartney III record was a completely solo endeavour?

Paul: ‘Women and Wives’ is pretty simple because it’s a very simple song. In rehearsal we just listen to the record, and we’re all such reasonable musicians that we kinda go “Okay, I know what I’ll do”, for instance if I’m on piano Brian knows he’ll play bass and so he listens to the bass part. And then we just talk about it and mainly keep true to the record, but for instance on my version there’s no guitar solo but on the St. Vincent version there is, so I’ve told Rusty go off that - try and get that feeling cause it’s a feeling that works. We just play around with it until we feel good about it. It’s nice because it a fresh thing that we’ve not done before, so we enjoy doing something new. Even the crew are like, “Oh, what’s that one?” so it keeps things a little fresh.

PM.com: It must be nice to get to play some new songs and freshen up the setlist – I’m sure people will still be excited.

Paul: Like I said, they don’t always make the setlist in the end because to do that we’d have to get rid of ‘Let Me Roll It’ or something – people really like that one! It’s a great problem to have!

If it was up to us, the setlist would be 100 songs long… and that still wouldn’t be enough!

Are you heading to the GOT BACK tour? Share your photos and videos from the shows using the hashtag #PaulMcCartneyGotBack, and don’t forget if you’re in the US you can text Paul at +1(212)313-9547 to get exclusive photos, messages and more.

Paul said…You Gave Me The AnswerGot Back Tour

You Gave Me the Answer - Glastonbury Special