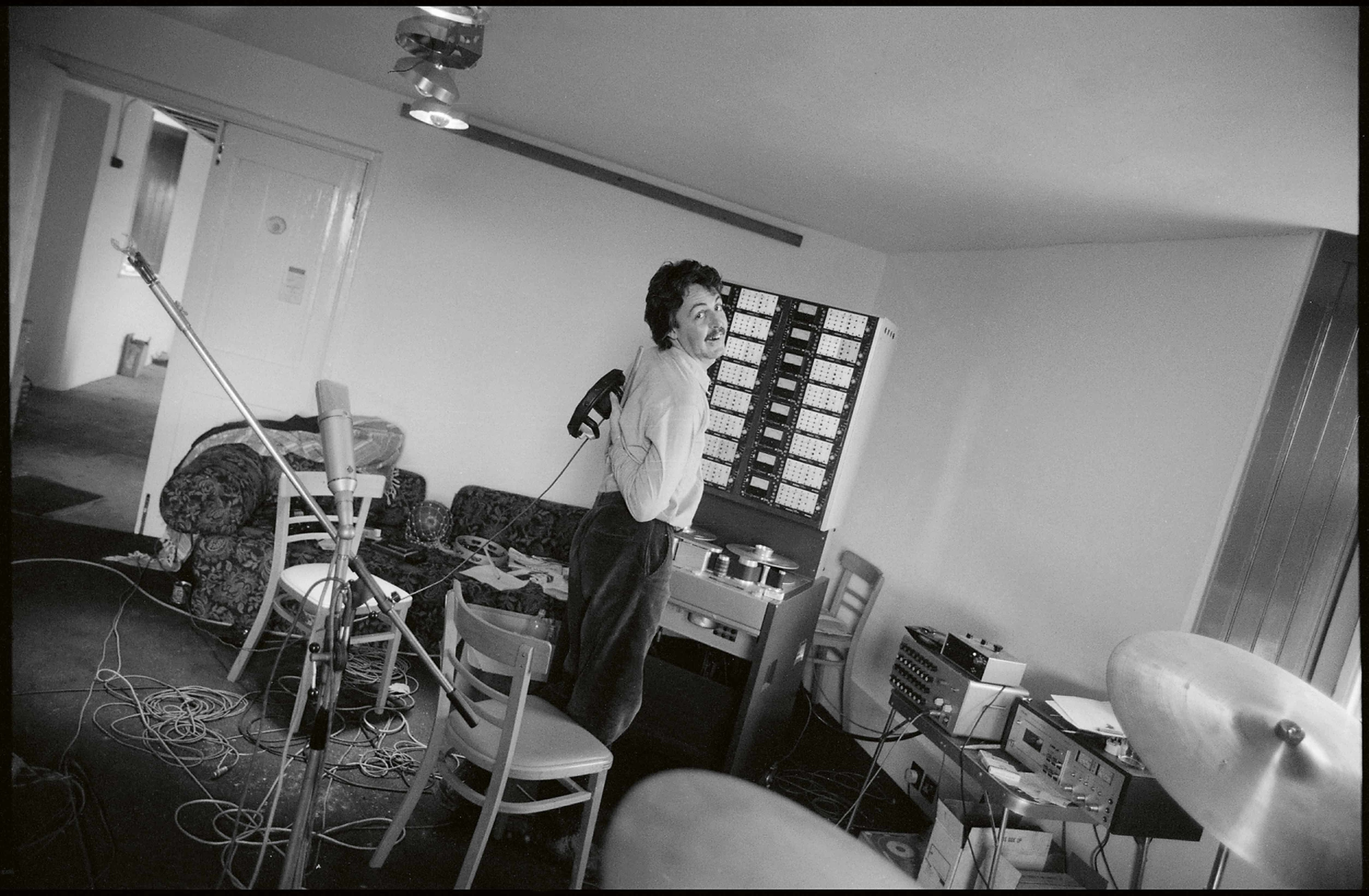 What makes a song a good single? If anyone knows the answer, it’s Paul. From his early hits with The Beatles to his stand-out solo tracks, right up to the vinyl resurgence of recent years resulting in his Record Store Day release of ‘Women and Wives’; the changing trends in sound and formats can be mapped against Paul’s 60+ year career.

So, with the release of The 7” Singles Box – a career-spanning boxset featuring 80 x 7” vinyl singles – we wanted to know more about the process behind choosing a single, and get Paul’s thoughts on this exciting release…

PaulMcCartney.com: How does it feel to see all your singles collected together like this?

Paul: Insane. When I was with The Beatles, I always wanted to collect one copy of every record we put out, and I never did. I was too busy working. So, this is great. The team has put a lot of work in, and a lot of thought has gone into it such as choosing the various covers from all around the world… Yeah, it’s great.

PM.com: When these singles were originally released, were you aware of the other artwork that appeared different territories?

Paul: Yeah – that was always a fun thing with any kind of product, whether it be records, or films, etc. The territories would ask if they could do another cover or another title even - sometimes they didn’t even ask, they just did it! It was always a nice surprise.

When The Beatles released A Hard Day’s Night in France it became Quatre Garçons dans le Vent which translates as Four Boys in the Wind. We thought, ‘Well alright, it’s not quite as good as A Hard Day’s Night, but perhaps certain things don’t translate!’ I saw it happen again more recently with the Grandude books, where the name 'Grandude’ became all different things like ‘Superabuelo’ in Spain.

It’s not quite the same, but you have to let the people do it. I’m sure they have the best judgment. So yeah, it’s been a nice surprise looking back and seeing all the different artwork for the singles.

PM.com: How do you decide which song feels like a single?

Paul: Sometimes you just have a definite idea – like ‘Hey Jude’ or ‘Let It Be’ or ‘Live and Let Die’, those are obvious choices. Those felt like the big song of the moment so they should be the single.

Sometimes though, it’s difficult to see whether you’ve made a single or not. Particularly with ‘Get Back’, as it had arrived out of a jam I didn’t think, ‘Wow, I did a spectacular job in writing this’. I just thought it was okay, and that the recording was good. I remember I played it for Twiggy, and she went crazy saying, ‘This is great, it’s got to be the single!’ So, that helped. It’s nice to see things through other people’s eyes.

Then there’s the record label’s opinion, if they have a certain idea. In the seventies there was this guy called Al Coury at Capitol who was their hot salesman. He rang me just after Band on the Run had come out, and it was starting to go back down the charts after its first week or so. He said, 'You can’t let this happen. You’ve got to get it back up to the top, and “Jet” has got to be the single!' I hadn’t particularly spotted it but when he said it, I thought, 'yeah that could work'. Soon everyone knew ‘Jet’, and it sold the album. In that case it was Al’s choice, and he just persuaded me it was a good idea.

A few times I’ve got lucky, and when I’ve been writing a song, I could just tell it was a good one. Sometimes those ones come very quickly – there it is, you’ve written it, and it becomes the single. And because it arrived so luckily and quickly and positively, you just go, ‘Oh right, this is a good one’. Except for ‘Get Back’. I didn’t notice!

Perhaps we’re biased, but there are more than a few ‘good ones’ in The 7 Inch Singles Box! With 80 x 7” singles spanning 163 tracks and totalling over 10 hours of music, it really is a testament to Paul’s songwriting and artistry over the years.

The 7” Singles Box is out 2 December. The boxset will also be released digitally – listen here.

You Gave Me The AnswerThe 7" Singles BoxPaul said…