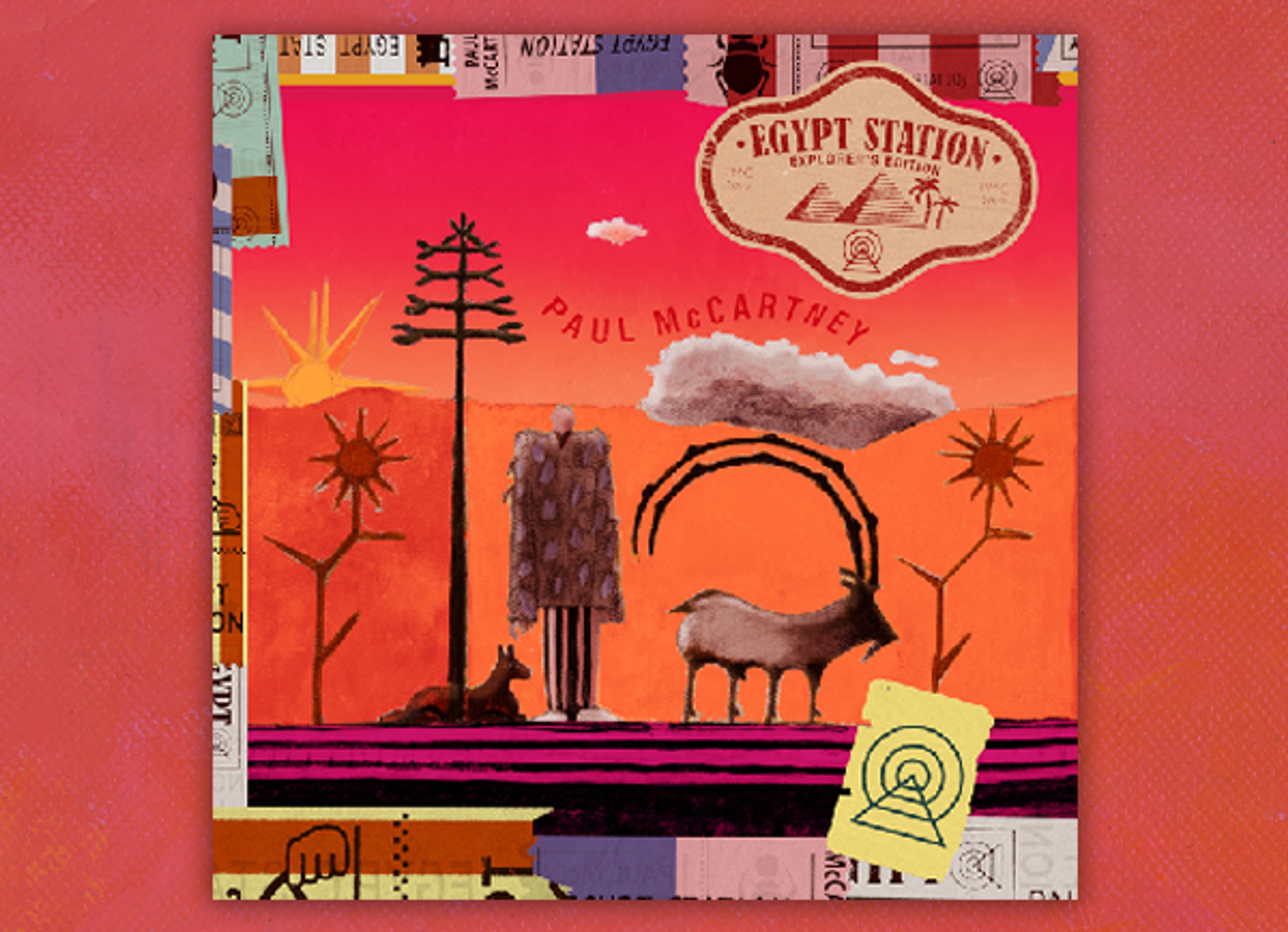 THE EGYPT STATION — EXPLORER'S EDITION WILL BE AVAILABLE MAY 17th ON LIMITED EDITION 3 DISC 180G VINYL, 2 CD AND DIGITAL

Paul has confirmed a May 17th release for Egypt Station – Explorer’s Edition on Capitol Records. This expanded version of Paul’s #1 charting Egypt Station will arrive a week prior to the start of the U.S. leg of Paul's Freshen Up Tour — his first extended stateside run since the One On One tour that played to some two million fans around the world.

Egypt Station was released September 7th, 2018 to stellar reviews. Rolling Stone raved, “Macca keeps adding new gems to his songbook, with nothing to prove except he’s the only genius who can do this… And, oh yeah — in his spare time, he happens to still be the greatest live performer on Earth,” while Entertainment Weekly described the album as, “the still-vital life force of a superstar who has been there and everywhere and is glad just to be here now.”

Egypt Station – Explorer’s Edition is comprised of the original record plus a second album, Egypt Station II. The bonus disc collects all songs released during the Egypt Station voyage (tracklisting below), from studio tracks including the surprise single 'Get Enough' to live performances captured at stops such as Abbey Road Studios, The Cavern and Grand Central Station.

The complete track listing for Egypt Station II is:

Come On To Me [Live At Abbey Road Studios]

Fuh You [Live At The Cavern]

The full itinerary for the 2019 North American Freshen Up Tour is as follows: