Sticking Out Of My Back Pocket: ‘The Song We Were Singing' 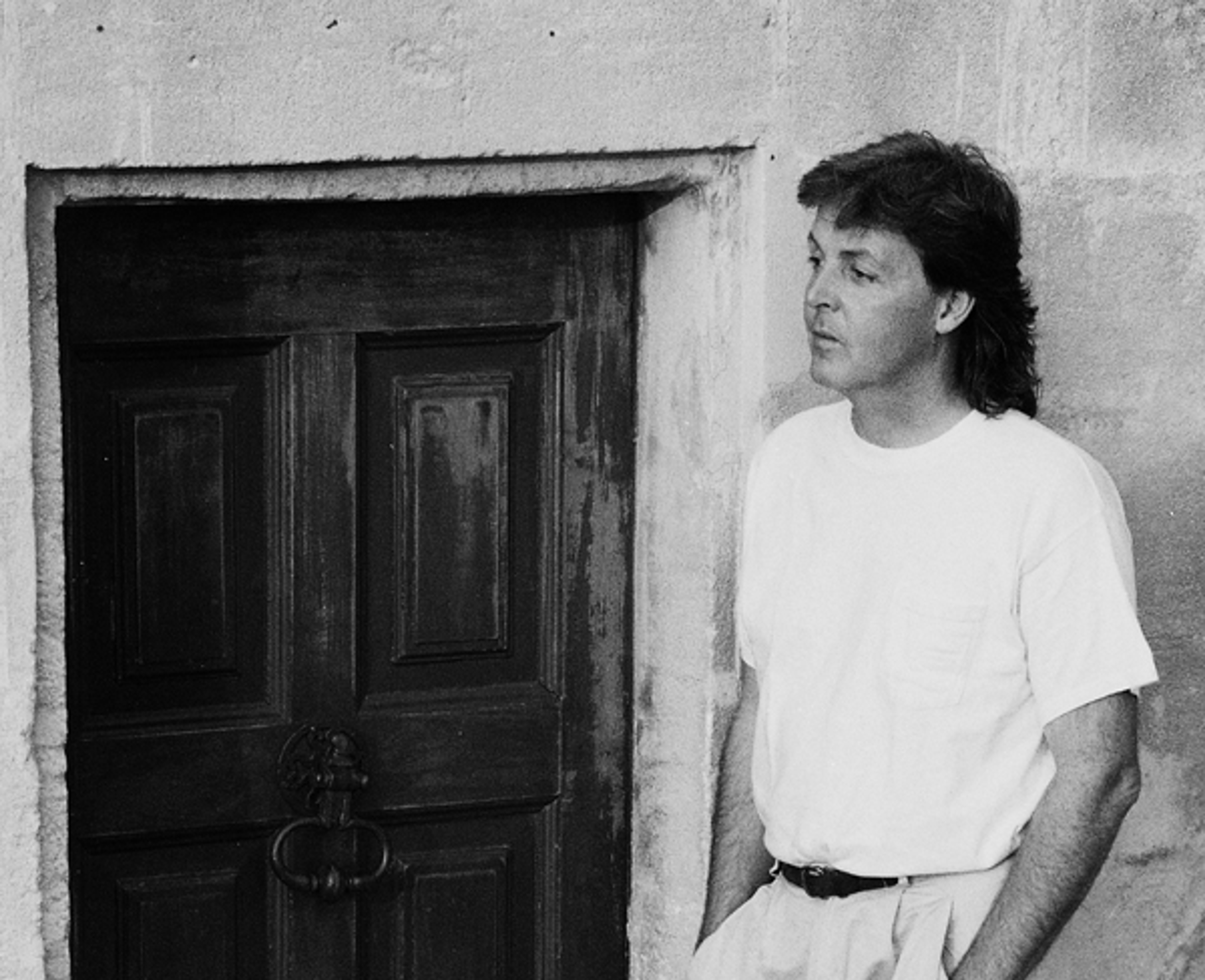 Pure McCartneySticking Out Of My Back Pocket
24 August 2016

This instalment of ‘Sticking Out Of My Back Pocket’ takes a closer look at ‘The Song We Were Singing’, the first track on Paul’s solo album Flaming Pie.

Written in Jamaica in early January 1995, ‘The Song We Were Singing’ was the first number begun by Paul in his initial album sessions with Jeff Lynne. At the time, Paul had been working closely with Jeff on The Beatles Anthology:

Paul explains how listening to the Anthology was a ‘refresher course’ for him, setting the framework for Flaming Pie.
“Watching the Anthology also reminded me of the time that we didn’t take to make an album and of the fun we had when we did one. The Beatles were not a serious group.
_“So I wanted to try get back into some of that; to have some fun and not sweat it. That’s been the spirit of making this album [Flaming Pie]. You’ve got to have a laugh, because it’s just an album. So I called up a bunch of friends and family and we just got on and did it.

“And we had fun making it. Hopefully you’ll hear that in the songs.”_

‘For a while, we could sit, smoke a pipe
And discuss all the vast intricacies of life
We could jaw through the night
Talk about a range of subjects, anything you like
Oh yeah’

Paul explains: “I was remembering the Sixties; sitting around late at night, dossing, smoking pipes, drinking wine…jawing, talking about the cosmic solution. It was what we were all doing… all that, ‘What about…wow!’ It’s that time in your life when you got a chance for all that.”

Did You Know? One of the instruments Paul plays on the track is the stand-up bass (double bass) originally owned by Bill Black and used on Elvis Presley’s earliest and greatest hits – including ‘Heartbreak Hotel’, the recording that seized the soul of a schoolboy Paul McCartney in 1956!
---

Pure McCartney is out now. Pick up your copy in your local record store or online from the links below:

STREAM PURE McCARTNEY
The album is also available to stream through the following sites:

Pure McCartneySticking Out Of My Back Pocket

Sticking Out Of My Back Pocket: ‘Wanderlust'

Sticking Out Of My Back Pocket: ‘Souvenir'