You Gave Me The Answer: When did you first get into yoga? 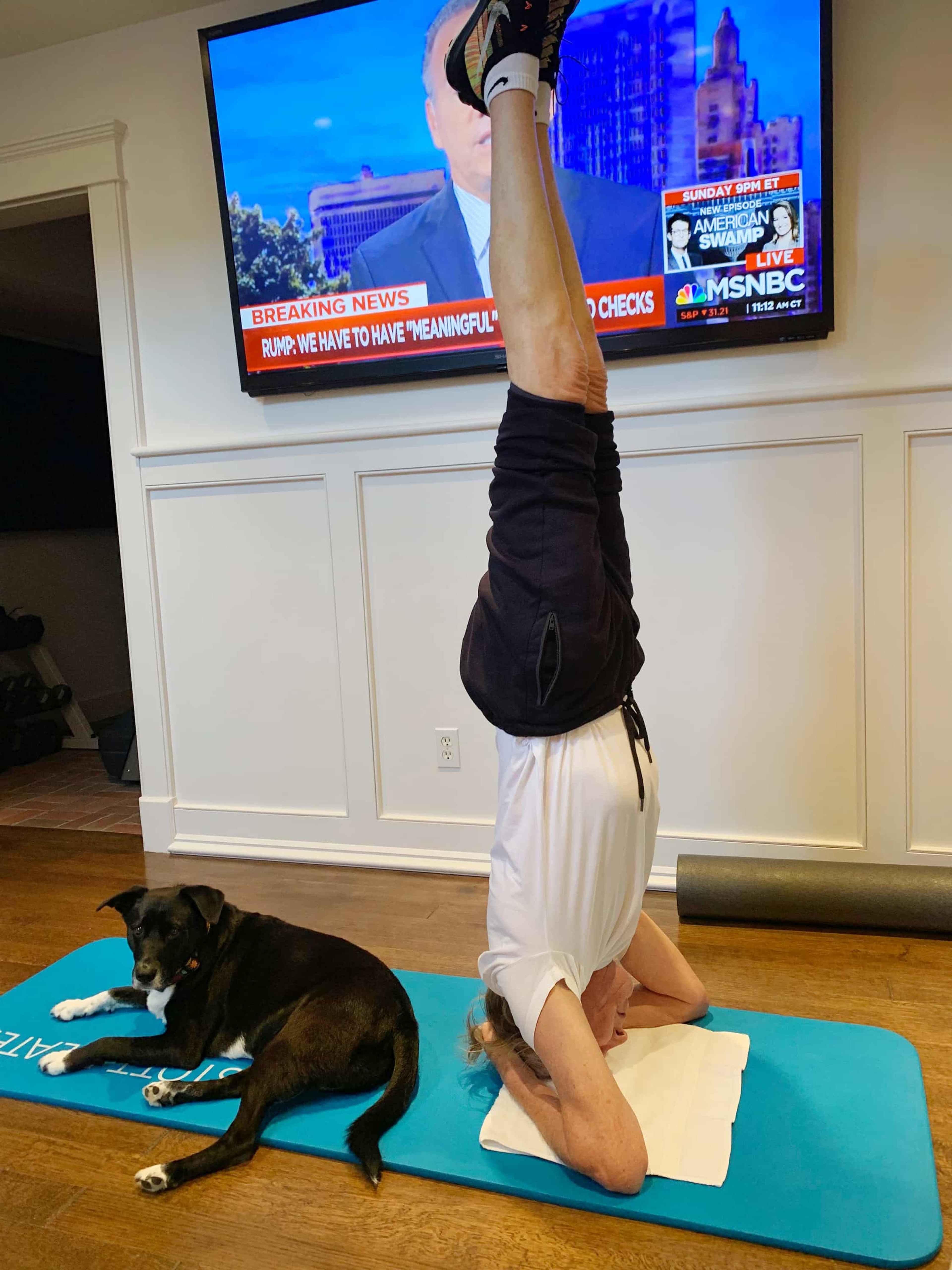 You Gave Me The AnswerHey Grandude!
30 September 2022

Paul McCartney: singer, songwriter, musician, author… and yogi! Yes, alongside his fitness regimes of running around on stage and working out at the gym (while listening to a great playlist, we might add) Paul practises yoga. He’s even demonstrated his signature headstand pose for us right here in the MPL office!

So when Paul teamed up with YouTube channel Cosmic Kids Yoga to create a special episode following the story of his children’s book, Grandude’s Green Submarine, it made for a winning combination. If you haven’t watched it yet, the show uses yoga as a storytelling technique, as yoga teacher Jaime guides viewers through poses inspired by Grandude, Nandude and the chillers’ adventures.

The episode has been hugely popular, and as September is National Yoga Month, we felt inspired to ask Paul about his own experience and yoga practice. Here’s what we learned…

PaulMcCartney.com: When and how did you first get into yoga?

Paul: I like yoga, and I practice when I can. I think I first got into it when we were with the Maharishi in Rishikesh, in India. There was a bit of it there and there were people – some of his colleagues - who were very good at it, and I got a bit interested. Through the years I’ve just learned a couple of tricks, like a headstand!

For years I used to do it with some friends in the Hamptons. We called ourselves ‘The Yoga Boys’ even though we were old crocks! It was fun – we met up a few times a week and did it together. In fact, the picture that I put up online recently of John Eastman and I was at one of those sessions. He was a ‘Yoga Boy’.

PM.com: You mentioned the headstand, but have you got any other favourite poses?

Paul: Not really. The headstand is my show-off moment when I'm in the gym and there are a lot of guys doing big weights and I'm doing weedy weights. I can’t do what they’re doing as they’re flexing their big muscles, so at the end of my session I finish off with the headstand and they often come over and say, ‘Hey, that’s pretty impressive’! [Paul laughs] It’s pathetic really! No, it’s good to do and I was once told by a yoga teacher that it keeps you young. You turn all your body organs upside down and seeing as for the rest of the day they’re either lying flat in bed or standing upright and got gravity pulling them down, apparently the inversion is supposed to be good. But it’s fun to do too!

PM.com: Do you think Grandude and Nandude practice yoga?

Paul: I think they definitely would. You can tell just by looking at them, they obviously do. They have connections with India as well, as seen in the latest book, so I’m sure they picked it up while they were there too.

It’s really great to hear that people are enjoying the Cosmic Kids Yoga episode - it’s fun and I liked the way Jaime the yoga teacher did it.

Namaste! That’s our cue to pick up our mats and start trying that headstand.

You Gave Me The AnswerHey Grandude!